The alleged murderer of schoolgirl Lucy McHugh sent the 13-year-old’s mother comforting text messages just hours after he is said to have stabbed her to death, a jury has been told.

Stephen Nicholson, 25, told distressed Stacey White to ‘keep your chin up and stay positive’ as police officers fanned out in search of the missing girl, who was found dead at Southampton Sports Centre the next day.

Prosecutors at his trial said the care worker, of no fixed address, killed Lucy – with whom Nicholson had been having sex – after she told him she was pregnant.

Nicholson was a lodger at Lucy’s mother and stepfather’s home in Southampton at the time. 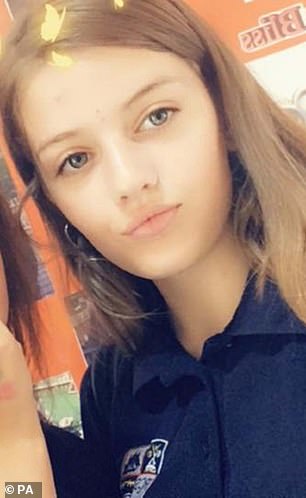 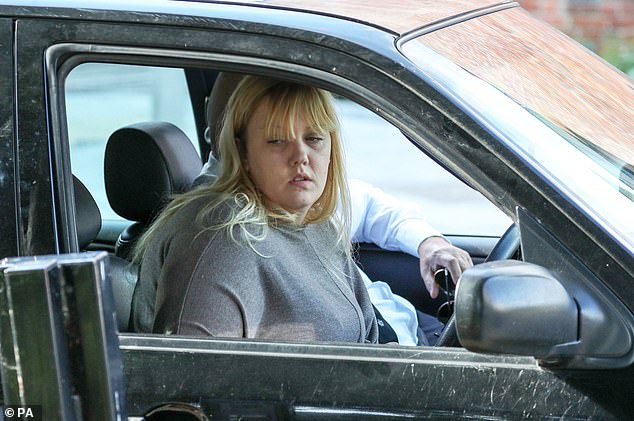 Nicholson, 25, told distressed Stacey White (pictured at court last week) to ‘keep your chin up and stay positive’ as police officers fanned out in search of the missing girl

Jurors at Winchester Crown Court were yesterday shown messages and telephone data retrieved by police in the days and weeks after Lucy’s tragic death.

In a text sent to Ms White, 31, Nicholson said: ‘I hope they find her safe. Police are good at their job and they will find her soon. Keep your chin up and stay positive.’

Lucy’s body was discovered by a dog walker on July 26 last year, less than 24 hours after vanishing from her home.

The court has heard that Nicholson murdered her in a secluded woodland area. He denies the charge.

Data showed the pair were then on Facebook Messenger at the same time the following morning before Lucy left her home for her alleged fatal final meeting with him. 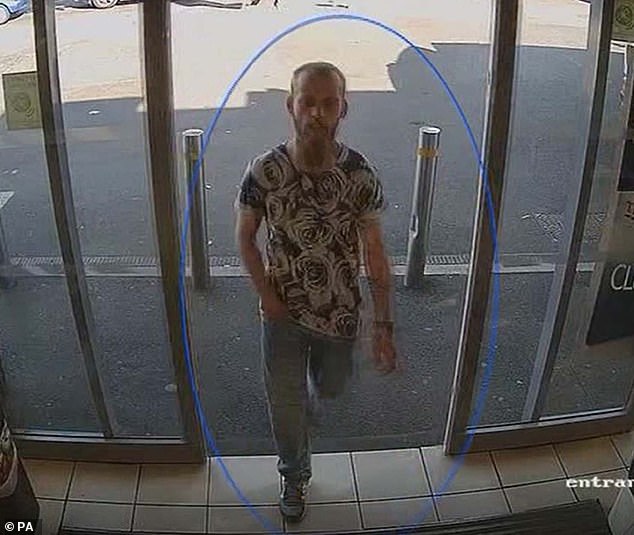 However, Mr Mousley has told the court Nicholson must have ‘deleted’ the messages, as police have never been able to retrieve them from social media.

The prosecutor also showed jurors GPS signals and data from Nicholson’s mobile phone which revealed it had remained in one spot for around two hours on the day Lucy died, without being used.

Internet searches from the Samsung device also show he had searched ‘what time is good to start a bonfire’ before allegedly destroying the trainers he had been wearing at the time of Lucy’s death.

The court also heard from Lucy’s grandmother Dawn White, with whom the schoolgirl went to live for periods after heated rows with Nicholson at her own home.

Nicholson, who had also worked as a tattoo artist, rented the room opposite Lucy’s at her mother Stacey and stepfather Richard Elmes’ home.

Giving evidence, her grandmother said Lucy lived with her for around six months at one point due to ‘problems’ at home. 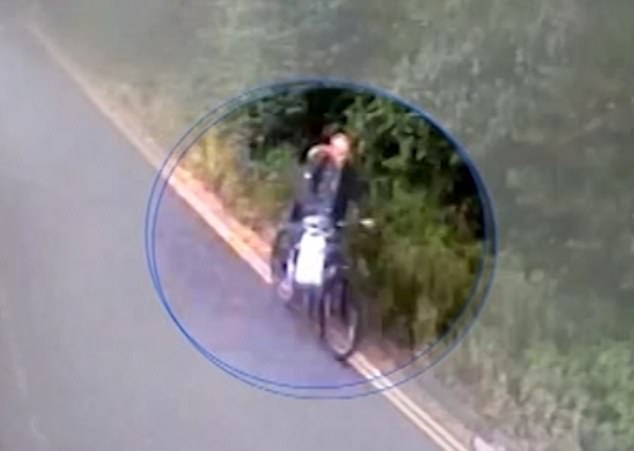 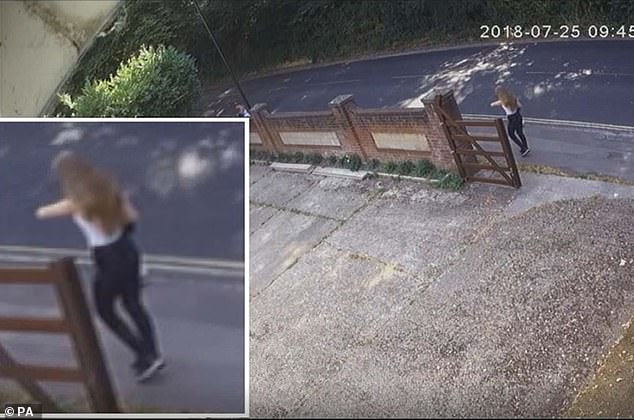 Lucy, wearing leggings and a white top, is shown on CCTV walking from her home in Southampton, in the direction of the outdoor sports centre at 9am on July 25

Dawn revealed she had witnessed one blazing row between an ‘irate’ Nicholson and her granddaughter, during which he was shouting at the youngster.

When Mrs White ran upstairs to see what was happening, she told jurors she had asked Nicholson to leave and suggested to her daughter Stacey that Nicholson should no longer live with them.

When asked if Nicholson was quick to anger, Mrs White added: ‘Very quick. At the flip of a coin.’

Mrs White added the family believed Lucy had an ‘infatuation’ with Nicholson, which her mother Stacey said she would talk to her daughter about.

Lucy’s grandfather Darren also witnessed the blazing row between Nicholson and his granddaughter. 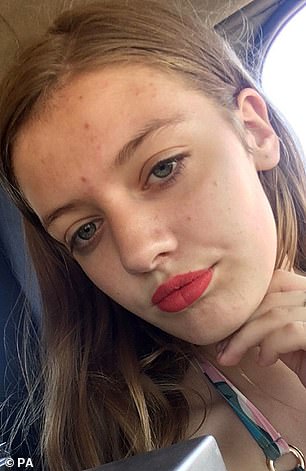 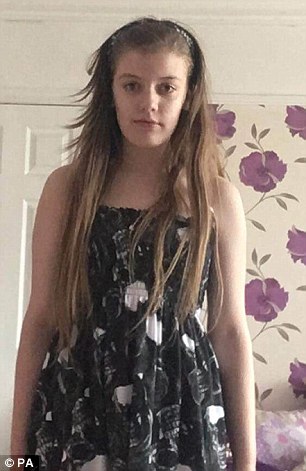 Giving evidence, he told jurors Nicholson was ‘effing and blinding’ which led to him and his wife stepping in to defend their granddaughter.

The jury has heard Nicholson ‘deleted’ a series of Facebook messages between himself and Lucy the night before she went missing in July, last year, and on the morning of her disappearance.

When interviewed by police, he told them Lucy had demanded a meeting with him, telling him she was pregnant. However, he said she was simply becoming obsessed with him and he blocked her. 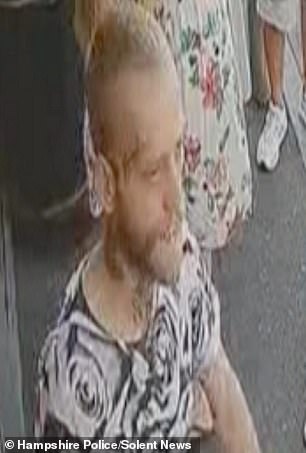 Prosecutor Mr Mousley told the court Nicholson had in fact arranged to meet Lucy in woodland, where he then stabbed her to death and left her body.

During the hours after the attack, Nicholson is then alleged to have started using a new mobile phone and hid his old one, reset his Facebook password and lit a bonfire to destroy the trainers he was wearing.

Nicholson, of Southampton, denies murdering Lucy and three charges of raping her when she was 12.

He also denies two counts of sexual activity with her when she was 13 and a further count of the same charge relating to another victim, who was 14 at the time, five years earlier in 2012.