An accountant revealed how she was left covered in ‘dead liquified fat’ after her breast implant burst while she was asleep.

Louise Franklin, 29, from Bexhill, East Sussex, had her breasts reconstructed following a preventative double mastectomy after she tested positive for an inherited gene mutation that indicates a higher likelihood of developing cancer.

She had the implants created using fat from her stomach but just five days later was forced to return to St Thomas’ Hospital, London, to have them removed.

Over the next six weeks, her left breast started to swell. It eventually burst one night while she was lying in bed.

‘I realised I was soaking wet,’ Louise recalled. ‘My left breast had literally burst open and was pouring with dead liquified fat. This took many months to heal and when it did, I was left with a flat breast that resembled a shrivelled old prune.’

Confident: Louise Franklin, 29, from Bexhill, East Sussex, described how her breast implant burst while she was lying in bed. The accountant took part in a lingerie photo shoot, above 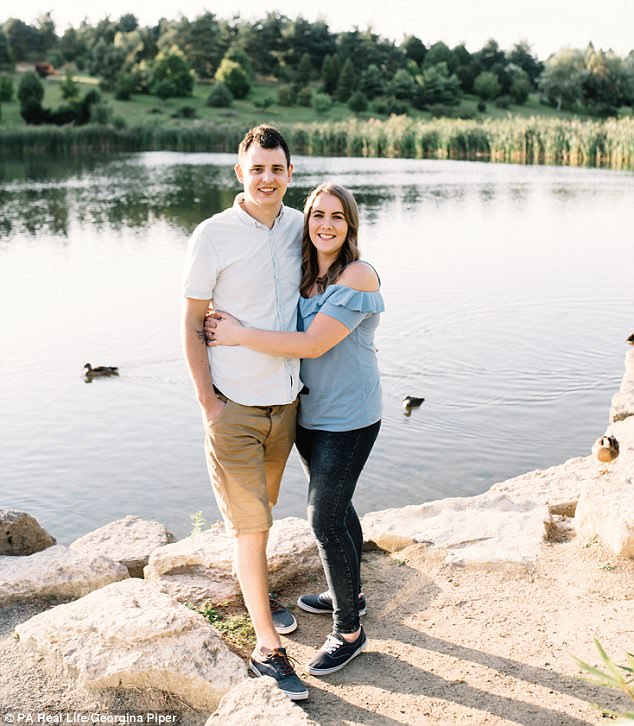 Future plans: Louise, 29, will tie the knot with fiance Tom, 24, pictured, in October. She had a silicone implant inserted following two failed operations using fat from other parts of her body 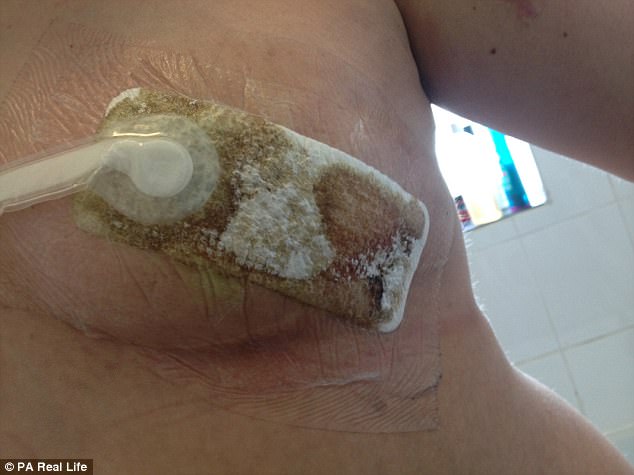 Complications: Louise was forced to wear a wound vac, pictured, after her second implant burst in 2015. She described how her breast went ‘pop’ while she was getting out of the shower

She faced further difficulty just months later after a second implant ‘popped’ while she was getting out of the shower.

Louise, who has lost five close female relatives, including her grandmother and great grandmother, to breast or ovarian cancer, was tested for genetic mutation BRCA1 in 2009, two years after her mother Elaine Franklin, was diagnosed with breast cancer.

Louise said: ‘Having preventative surgery, like actress Angelina Jolie did, was a very difficult decision which took me several years to make. 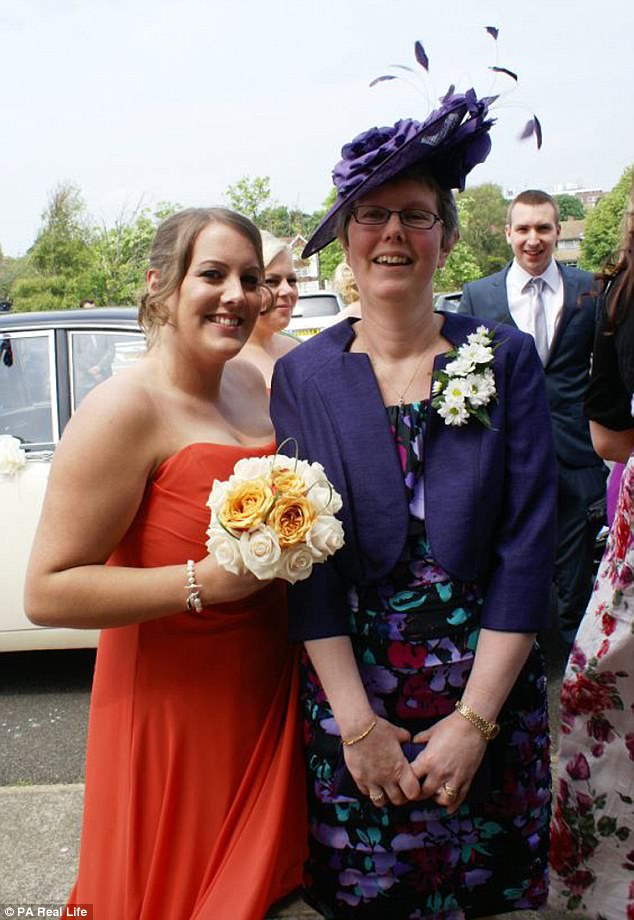 Family history: Louise was tested for genetic mutation BRCA1 in 2009, two years after her mother Elaine Franklin, pictured together, was diagnosed with breast cancer

‘But I wanted to reduce my risk and not to spend my whole life worrying about getting cancer.’

Louise underwent a type of surgery known as a DIEP flap, where skin and fat from the abdomen is used to reconstruct the breast. 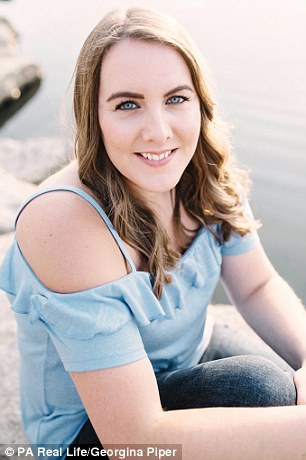 In January 2015, a few weeks after her breast burst open, she underwent a a second operation to rebuild her left breast using a different method, fat grafting, where fat tissue is removed usually from the thighs, belly, and buttocks and injected to recreate the breast.

Louise said: ‘I’d just got out of the shower and was drying myself, getting ready for work, when my boob just went “pop”. Fat was spraying out, it was disgusting.’

The accountant said she ‘always knew there could be complications’ and that it ‘wasn’t anyone’s fault’.

After the second burst Louise opted for a silicone implant and was fitted in October 2016. She is now looking forward to marrying fiance Tom Hutton, 24, in October. 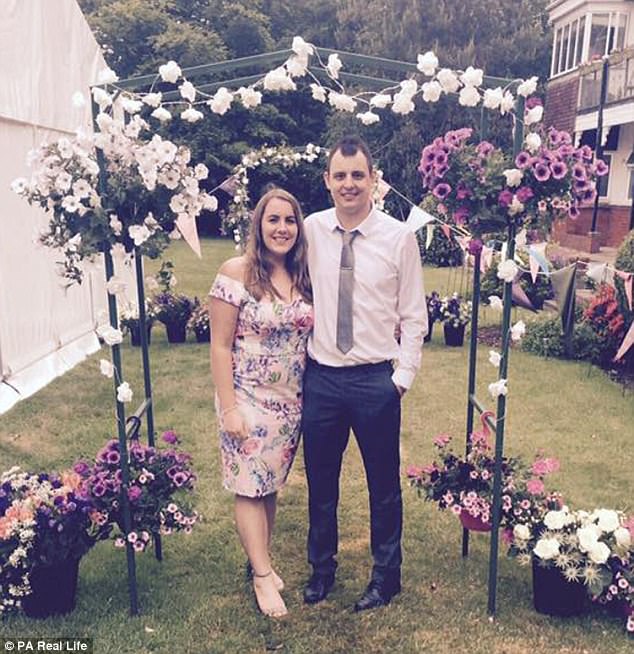 Brighter future: Louise said she wanted to reduce her risk of cancer before her wedding

Louise continued: ‘I’ve had a lot of operations for a woman of my age. But I’ve achieved what I wanted – to reduce my risk of cancer before my 30th birthday in January 2018 and my wedding later this year.’

Now determined to raise awareness of hereditary breast cancer, Louise took part in a charity photoshoot, with 11 other women, who have been affected by it, for the National Hereditary Breast Cancer helpline, modelling post-surgical lingerie brand Anita.

The article will be available from www.eloise.co.uk from October 1