The Duke and Duchess of Sussex are set to part from William and Kate by splitting off from the Royal Foundation charity.

Just 15 months after Harry and Meghan made their first appearance to promote the initiative with the Duke and Duchess of Cambridge, they are set to break away.

It was at the foundation’s Q&A forum in spring last year that the princes and their wives earned the moniker the ‘Fab Four’. The event was set to be an annual occurrence, but that was the first and only.

Both couple are planning to pursue their charitable interests separately, The Sun has revealed. 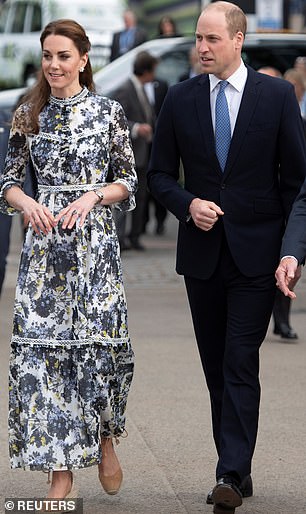 Harry and Meghan (left, attending the musical Hamilton) are set to break from the charitable group they founded with William and Kate (pictured, right, at the Royal Chelsea Flower Show)

Aides claims that it won’t be the end of the four supporting one another on individual projects.

But the Royal Foundation had aimed to harness the combined star quality of each of its members.

The split follows Harry and Meghan leaving Kensington Palace to make their own home away from Kate and William.

The Sussexes went to Windsor rather than moving into the flat next door to the Cambridges.

A source revealed that things ‘got very bad between the brothers’ after the Royal wedding.

Another said that the couples had only been offered two options with regards to the charity – continue as things are or split. 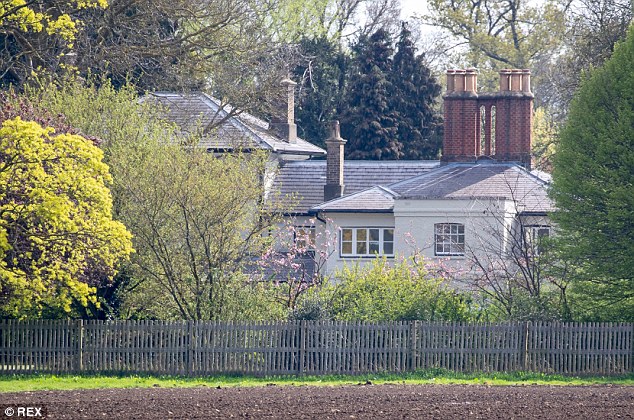 Harry and Meghan moved into Frogmore Cottage (pictured) as they decided to break from Kensington Palace, where William and Kate live

They said that ‘all the mood music’ suggests the Sussexes will break off, but added nothing has been finalised.

The Cambridges are more constitutionally constrained, they added, whereas the Susesxes have more freedom.

A board meeting on June 19 is expected to confirm that the Royal Foundation members will split.

William, 36, and Harry, 34, founded the Royal foundation 10 years ago to run their charitable ventures together. Kate, 37, joined in 2011 and Meghan came on board last year.

At the foursome’s only engagement, host Tina Daheley asked if they ever had disagreements.

William said ‘oh yes’ and, when Daheley asked how they resolved their last disagreement, the prince replied: ‘Is it resolved? We don’t know!’

A spokesman for the Royal Foundation told the paper: ‘There is a review under way and no decision has been taken.’