Sydney have shaken off some errant kicking to notch a stirring come-from-behind 41-point AFL victory over Hawthorn on Anzac Day in Launceston.

The Swans conceded the first 32 points but finished with a flurry of nine goals to one in the final quarter to post their fifth win of the season.

After a wayward beginning, superstar Lance Franklin (three goals) got his side ahead for the first time with about 10 minutes left on the clock.

Callum Mills excelled for the Swans, leading all players on the ground with 37 disposals 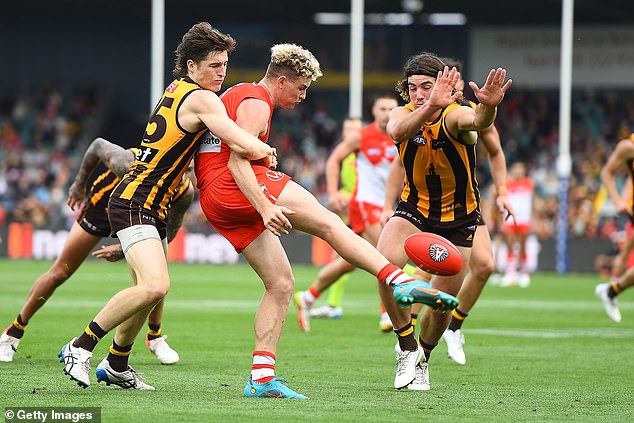 Chad Warner tries to clear the ball despite some intense pressure from the Hawks, who let a huge lead slip away after yet another fast start

The Swans will, however, be sweating on the health of key-position player Paddy McCartin, who was subbed out of the game in the third quarter after failing a concussion test.

McCartin, who was delisted by former club St Kilda in 2019 after suffering a string of concussions, cut a despondent figure in the sheds having copped a knee to the head.

The Swans ended the game one player down after forward Logan McDonald also failed a concussion test.

Callum Mills was heavily involved for the Swans, topping the match possession count with 37 disposals to go with five tackles, three score assists and a goal. 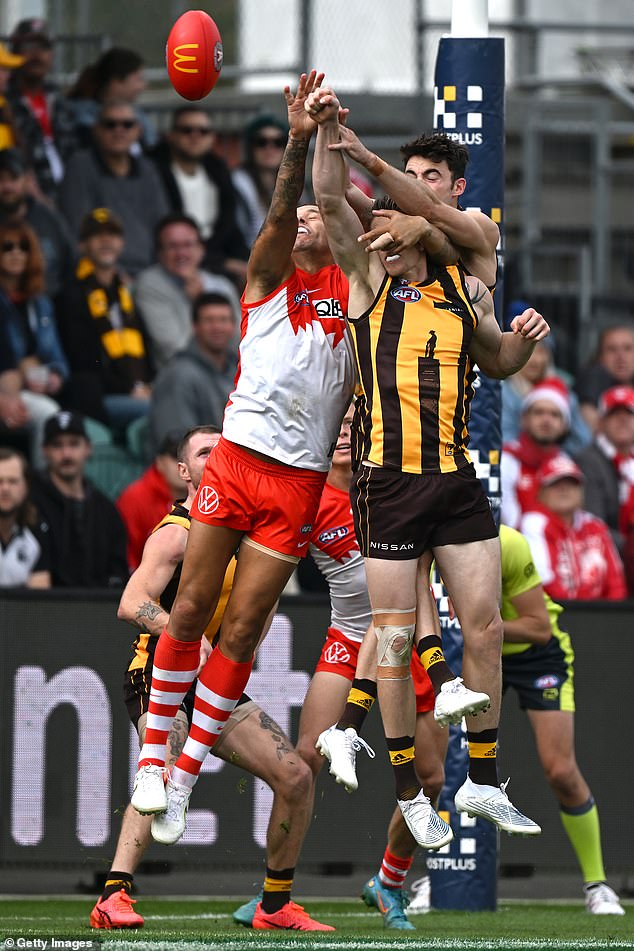 Buddy Franklin kicked three majors – becoming the only player in AFL/VFL history to kick 500 goals in Victoria, and 500 goals elsewhere in the country 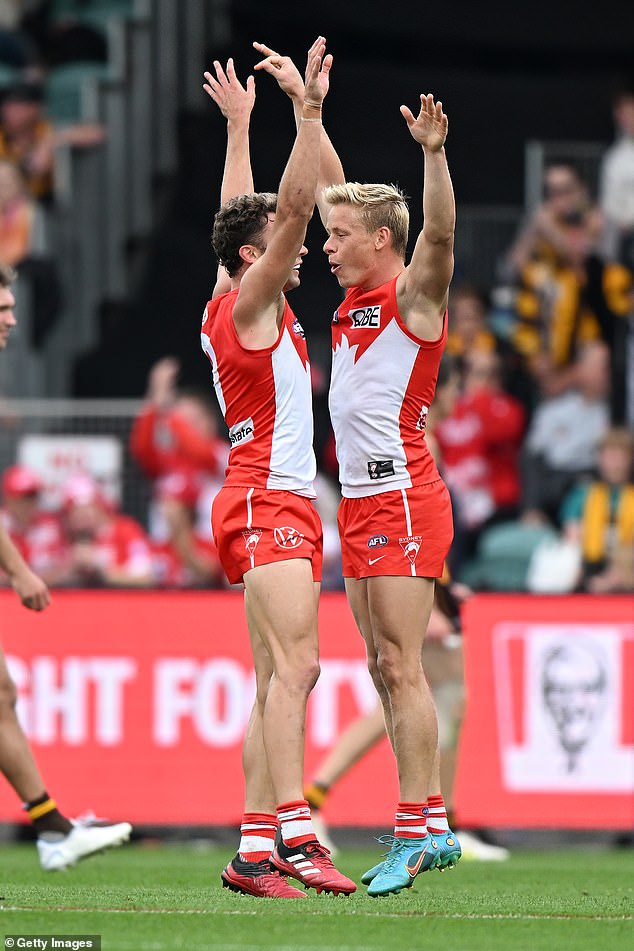 As they did in their upset win against Geelong last round, Hawthorn started on fire, slotting the first five goals before the Swans even got on the board.

The tension was noticeable on field for Sydney, with Dane Rampe unloading on teammate Chad Warner after a defensive lapse resulted in a Hawthorn major.

After the sluggish start, Sydney rebounded with the last three goals of the first term to reduce the margin to 14 points at the first break.

The second quarter was a scrappy affair – the Swans were errant with the boot, with Franklin at one stage sitting on an uncharacteristic 1.4 in front of goal.

Sydney came to life towards the end of the third, going back-to-back to help reduce the Hawks’ lead to 62-53 leading into the last quarter.

Jacob Koschitzke kicked three goals for Hawthorn, who are 3-3 after six rounds.