Luke O’Connor, a 36-year-old carpenter and father-of-two, was bashed by Jack Friels in the Salisbury Hotel at Stanmore

An argument over an AFL game on a pub TV led to the musician son of Australian acting greats Judy Davis and Colin Friels breaking a stranger’s eye socket.

Jack Friels admitted punching the tradesman in the head but claimed he was provoked to do so when words were exchanged during a Swans game.

The 31-year-old had been on bail since being charged with the offence, which took place in a Sydney pub less than two blocks from his home at Stanmore, in the city’s inner-west.

Friels had been in a booth with a small group of friends, while carpenter Luke O’Connor was seated at a table with his uncle.

Defence barrister Winsont Terracini SC said there had been words exchanged between the two groups before Friels threw several punches at Mr O’Connor.

‘An argument over the relative merits of football ensued,’ Mr Terracini said.

‘It was a fight over the Swans and their alleged capabilities.

‘He had a challenge to come outside and, as it were, work the differences out.’ 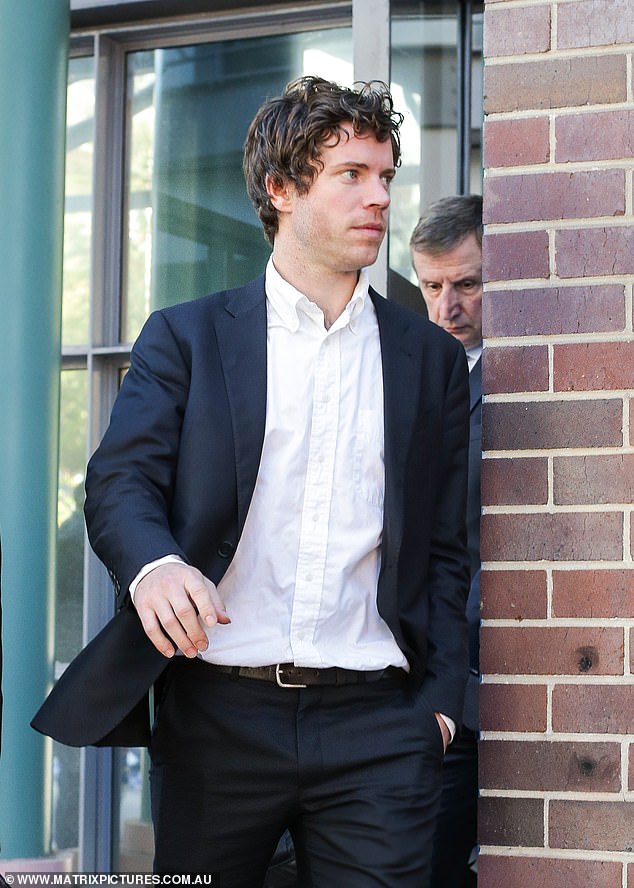 Jack Friels admitted punching carpenter Luke O’Connor at the Salisbury Hotel in Stanmore, but said he had been provoked. He is pictured outside Burwood Local Court on Monday

The incident took place in the front bar of the Salisbury Hotel shortly after 8pm on July 27 last year and was captured on CCTV, which was played to the court.

It was a Friday night and the Swans were playing Essendon in a televised match eventually won 109 to 66 by the Bombers.

Friels – one-time lead singer of Sydney indie rock band Underlights – said he had drunk no more than two beers when Mr O’Connor and his uncle became animated during the Swans game.

‘I became aware of them as the football game was playing,’ he told the court.

‘People at the pub started to cheer for goals; I noticed they were sort of heckling people that were clearly watching the game.

‘It seemed to be anti-AFL. They were not AFL fans.’

Friels said a member of Mr O’Connor’s group had come over to his table and behaved in a ‘bullying’ fashion – ‘basically revving us up, saying intimidating things.’

The man had asked Friels if he ‘wanted to go outside’ and said ‘don’t yell out in my f***ing pub’, before returning to the table occupied by Mr O’Connor, who Friels said glared at him threateningly.

‘We were all a bit on edge after that. [Mr O’Connor] was glaring at me, mouthing verbal abuse at me,’ Friels told the court.

‘I’d been jumped before so I guess I went into fight of flight mode and did a stupid thing.’

Friels then climbed over one person and punched Mr O’Connor in the face, knocking the 36-year-old father-of-two out cold.

Mr O’Connor, who was sitting down, was unconscious for about 10 seconds. 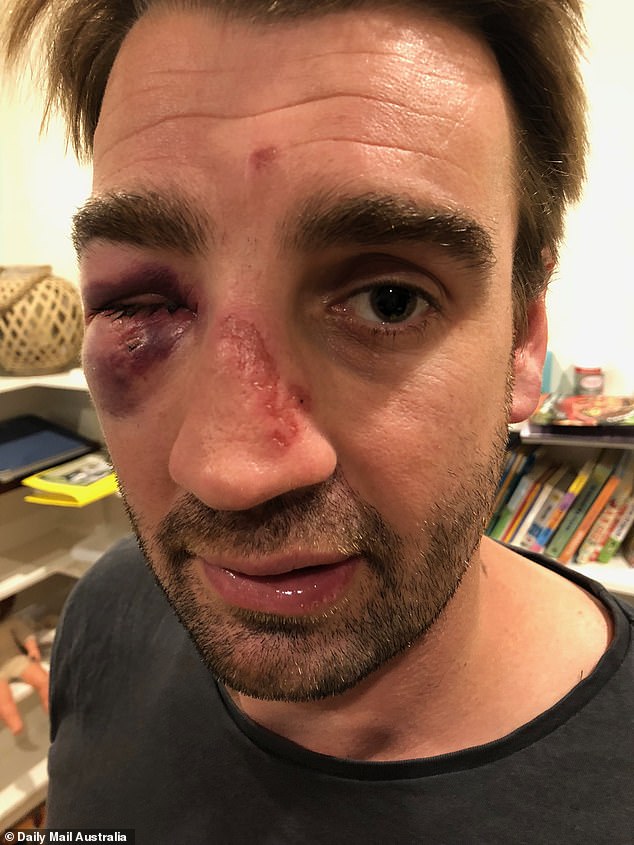 Luke O’Connor suffered a broken eye socket and abrasions to his face when he was attacked by Jack Friels, son of Colin Friels and Judy Davis, at a hotel in Sydney’s inner-west 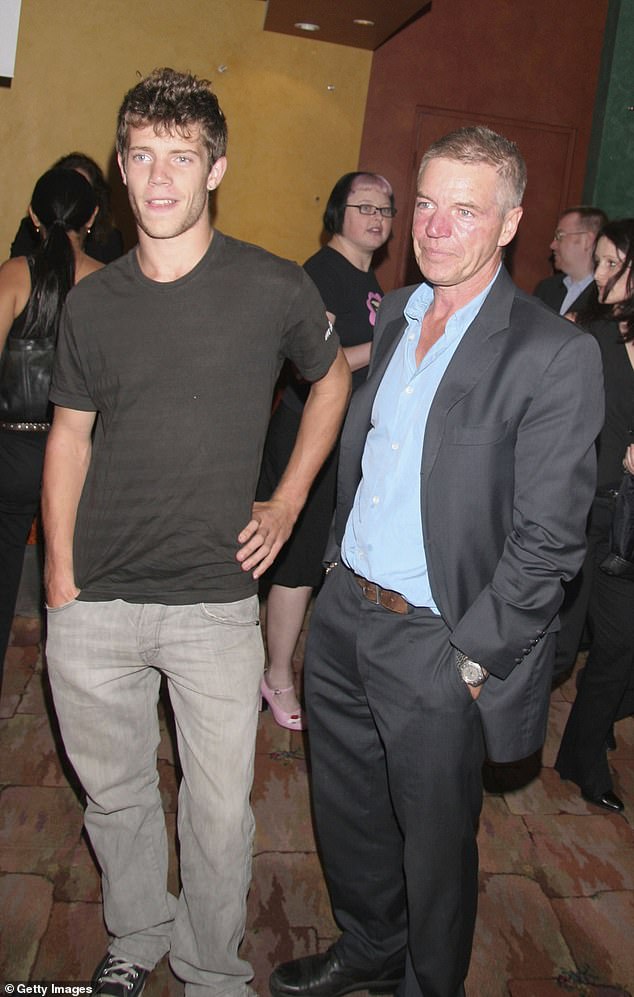 Musician and photographer Jack Friels, pictured with his father Colin Friels, was charged with assault occasioning actual bodily harm. The incident was captured on CCTV

Mr O’Connor was taken to Royal Prince Alfred Hospital where he spent several hours and was treated for a broken right eye socket and cuts to his face.

Mr Terracini, SC, submitted his client had over-reacted on the evening but had been provoked. ‘It should never have happened,’ he said.

‘We say the victim was highly intoxicated. There were various threats and insults then, sadly, we react to that sort of behaviour.’ 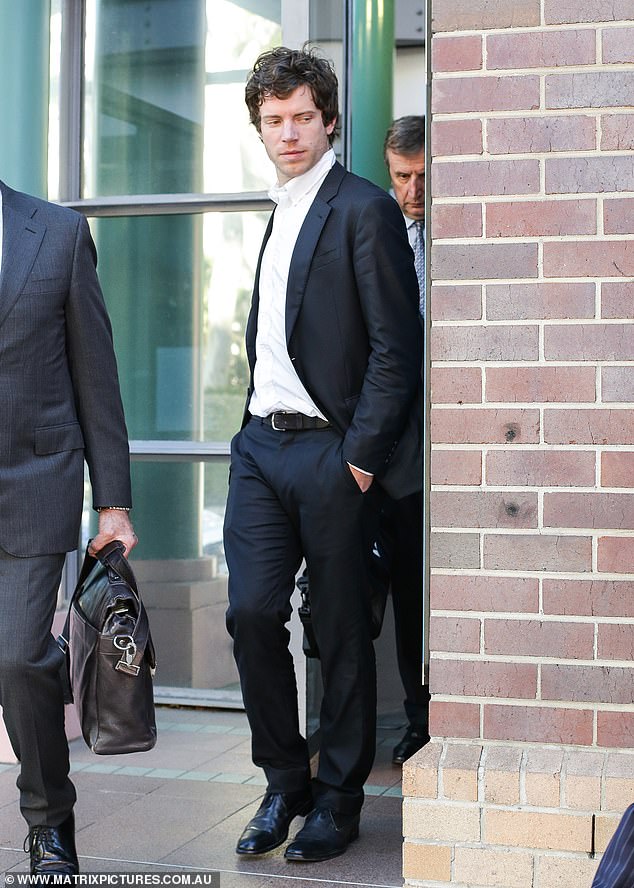 Friels said he had been with a group of friends when another group of drinkers began heckling patrons who were watching a game of AFL. Friels felt intimidated and struck Luke O’Connor 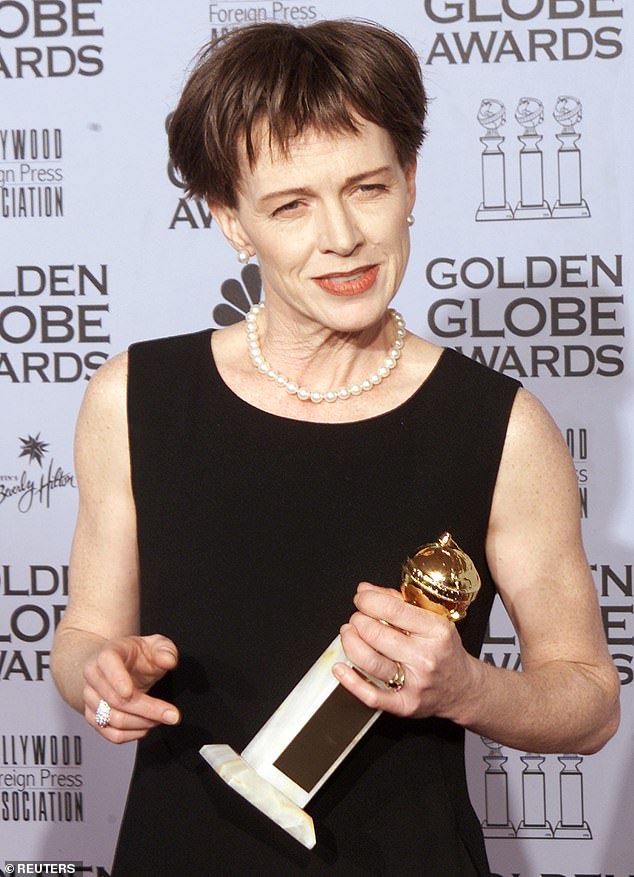 Judy Davis is pictured holding her 2002 Golden Globe for best actress in a television movie for her leading role in Life With Judy Garland. Davis, 64, is one of Australia’s most versatile actors

Magistrate Ian Rodgers said while Mr O’Connor and his uncle had been the ‘provocateurs’, Friels was the aggressor in the dispute.

‘It is, in my view, a very serious offence,’ he said. However, the offence was not planned and it was impulsive.

‘I’m satisfied on the material before me that the offence was provoked to a limited degree,’ Mr Rodgers said.

‘There was a level of provocation but it was not significant in my view.’

Mr Rodgers convicted Friels, who was remorseful and of otherwise good character, and placed him on an 18-month community corrections order

While police had attended the hotel the night of the assault, Friels was not arrested until more than three months later on November 8, when he was charged at Newtown police station.

Friels, a freelance photographer, had been reporting to police on bail since his arrest.

His intensely private parents, who are among the most acclaimed entertainment couples in the country, were not in court on Monday.

Both have had our-decade acting careers, appearing to acclaim on stage, film and television.

While 66-year-old Friels has worked mostly in Australia, Davis, 64, has been been feted in Hollywood, with director Woody Allen describing her as ‘one of the most exciting actresses in the world.’

Their son has had small roles on screen including the 2001 film The Man Who Sued God, in which both his parents starred.

She has been nominated for Academy Awards for her roles in Woody Allen’s Husbands And Wives (1992) as well as A Passage To India (1984). 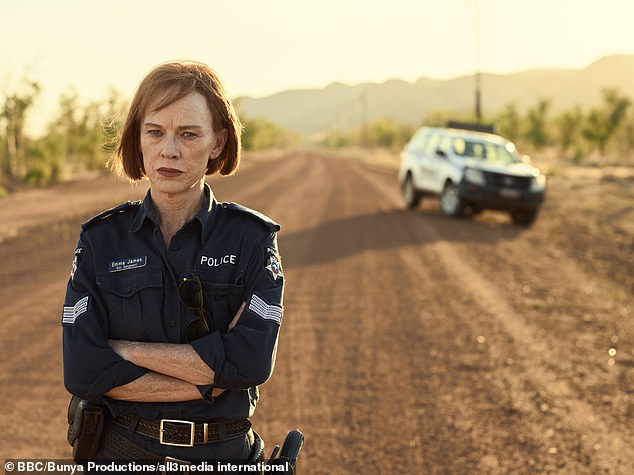 Judy Davis, pictured in the 2018 TV series Mystery Road, has had a celebrated four-decade career on screen and stage. She has been married to fellow actor Colin Friels for 35 years 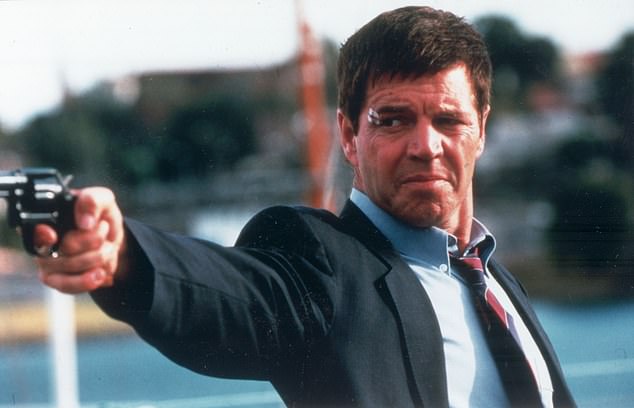 Colin Friels in perhaps his best-known role as detective Frank Holloway on the TV series Water Rats. Like his wife Judy Davis, Friels is a graduate of the National Institute of Dramatic Art

Friels has two AACTAs and won the 1997 Logie for most outstanding actor for his best-known role as detective Frank Holloway in the TV series Water Rats.

Davis and Friels have also had long careers on stage and both are graduates of the National Institute of Dramatic Art (NIDA), which their daughter Charlotte Friels has attended.

The couple has long lived in Louisa Road, Birchgrove, one of the most exclusive streets in Sydney’s inner-west.

Jack Friels worked as a stills photographer last year on the set of the six-part TV drama series Mystery Road, in which his parents starred.

His band Underlights supported The Jezabels and You Am I early this decade, received regular airplay on Triple J and played the Sydney leg of the Big Day Out in 2012.

The three-storey Salisbury Hotel, which sits about 100m from Stanmore train station, was sold in December last year. 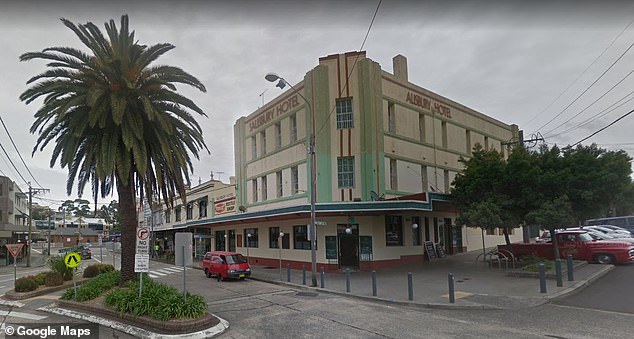 Jack Friels is alleged to have bashed a stranger in the Salisbury Hotel at Stanmore (pictured) in a minute-long attack on July 27 last year. He was not arrested for more than three months