Swansea driver, 91, who accidentally ran over and killed man at cashpoint is spared jail

A 91-year-old driver who crushed a university lecturer to death with his car when he accidentally pressed the accelerator instead of the brake has been spared jail.

Howell Hughes was behind the wheel of his Fiat Panda when it ‘shot forward’ and hit 66-year-old Brian Griffiths at a petrol station.

Grandfather Mr Griffiths was pinned against the cash machine wall as shocked members of the public rushed to help.

But when Hughes was told to stop and reverse away, he said ‘I can’t, I can’t’ and kept going forward.

A witness reached through the car window and put it into neutral as other customers pushed the car away.

Prosecutor Paul Hobson said Mr Griffiths had stopped at the station to use the cash machine on the way to a shopping trip with his wife.

Wife Ann stayed in the car as the tragic scene unfolded in September and said she now relives the incident every day.

Swansea Crown Court heard Hughes had also gone to the petrol station to withdraw money but his card was swallowed in the machine. 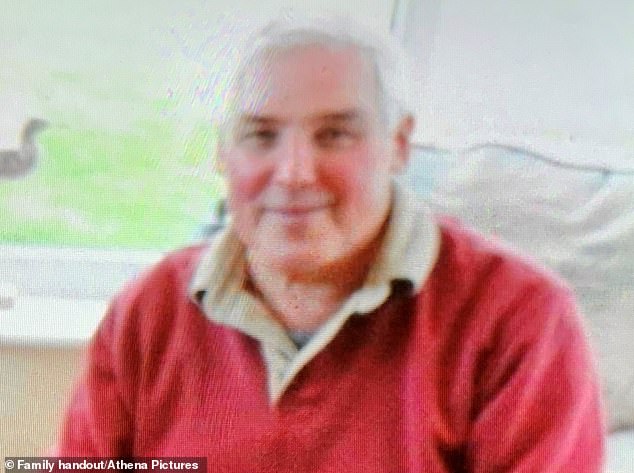 He was ‘understandably flustered’ when he got back into his car and drove between the petrol pumps and ‘accelerated very quickly.’

He underwent an emergency leg-amputation at Morriston Hospital but his condition deteriorated and he could not be saved.

The court heard witnesses described Hughes as shocked and appearing ‘not to be with it’.

He told police his car had ‘jumped forward’ and hit the man and accepted he must have pressed the accelerator and not the brake.

He had no previous convictions, and has a clean driving licence. 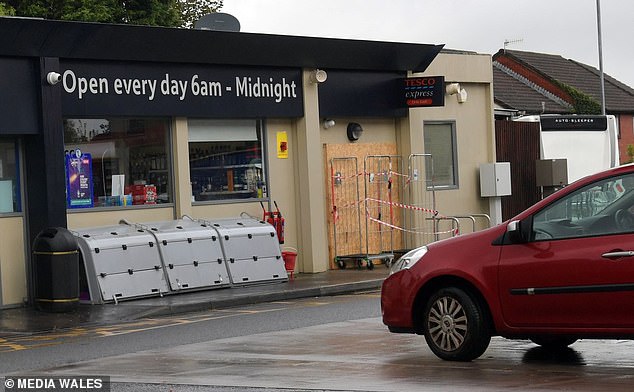 There was nothing to suggest his health form declarations had been untruthful.

Mr Hobson said Hughes had only driven the car half-a-dozen times before the crash – as his former car was scrapped after a crash at the same garage in April last year.

Victim Mr Griffiths, of Oxwich on Gower, had a ‘rich and varied career’ and leaves behind his wife, two sons, three grandchildren, and both his parents.

In a victim impact statement, wife Ann said it brings her ‘great sadness’ when she relives the incident.

She said she felt guilty as it was her decision to stop at the garage to get money – against her husband’s wishes.

She added ‘all my hopes and plans have died with him’ but said she did not want Hughes to go to prison given his age.

The family said they were concerned about the lack of a safety barrier at the petrol station and the process of older drivers declaring themselves fit to drive.

Defending John Hipkin QC said: ‘This is a tragic case, and remorse expressed in such tragic cases can never be enough, but it is right to say the defendant expressed remorse at the scene, in his police interview, and in a letter that will be passed to the family.’

He said: ‘It should serve as a reminder to all of us that when we take to the wheels of our cars we take our lives, and the lives of other read road users, in our hands.’