Sweden slump to a shock defeat in Georgia with talisman Zlatan Ibrahimovic unable to prevent handing Spain an advantage in Group B, while Croatia and Russia record big wins ahead of their final-day showdown

Sweden’s hopes of qualifying directly for the World Cup finals in Qatar suffered a serious blow as they slumped to a 2-0 defeat away at Georgia in Group B on Thursday.

It proved costly, with Spain defeating Greece later on in evening to top the group and it now leaves Sweden having to win in Seville on Sunday to progress to the finals automatically.

Zlatan Ibrahimovic returned to the Sweden side after a knee injury that kept him out of Euro 2020, but not even the presence of their record goalscorer could not save them from an embarrassing defeat.

The Swedes racked up 15 efforts on goal, including gilt-edged chances for Alexander Isak and Viktor Claesson, but it was the home side who took the lead through Khvicha Kvaratskhelia in the 61st minute and the winger added a second 16 minutes later to secure a famous victory.

Elsewhere Russia had no such troubles against Group H minnows, sealing an emphatic 6-0 victory.

That leaves them top of the table and two points ahead of Croatia who also enjoyed a thumping win with a 7-1 triumph at Malta.

Luka Modric was on target for the visitors who now must defeat Russia in Split in their final group match on Sunday to qualify automatically at their opponents expense. 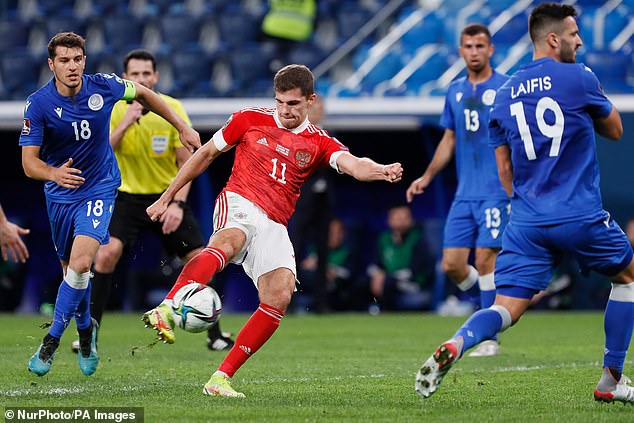 Below them in the group and already eliminated from qualifying were Slovakia and Slovenia who played out a 2-2 draw in Trnava, with the hosts having to come from 2-1 down against 10 men to rescue a point.

In Group J, North Macedonia triumphed 5-0 in a 5pm kick-off at Armenia, with Enis Bardhi becoming the first player for his nation to score a hat-trick in a World Cup or Euros qualifying fixture for 25 years.

The result took North Macedonia up to second in their group, where they remain a point above Romania who could only draw 0-0 at home to Iceland later on in the evening in the battle to secure a play-off spot behind runaway group winners Germany.

Meanwhile, Luxembourg’s 3-1 win at Azerbaijan means they head into the final round of fixtures with a chance of clinching a highly respectable third place if they avoid defeat against the Republic of Ireland who drew at home to Portugal in Group A. 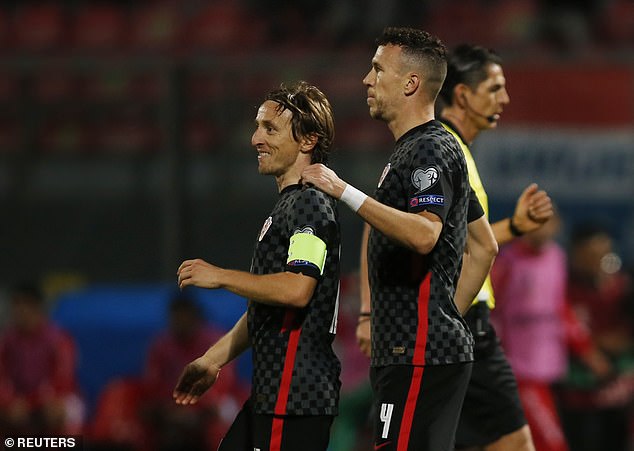