The Danish inventor accused of murdering a Swedish journalist Kim Wall on his submarine in Copenhagen has claimed he was forced to stab her torso and genitals in order to aid dumping the body.

Peter Madsen, who denies murder, claims that he stabbed the remains in order to let out gases that had accumulated inside the decomposing body, so it would sink to the seabed.

However, this was rubbished by a coroner in a Copenhagen court today, as post-mortem examination found that the wounds were not deep enough to release any such gases.

Lies: Peter Madsen’s claim that he had stabbed Kim Wall’s body to release gases was rubbished in by a coroner, who said the stab wounds to the torso were not deep enough 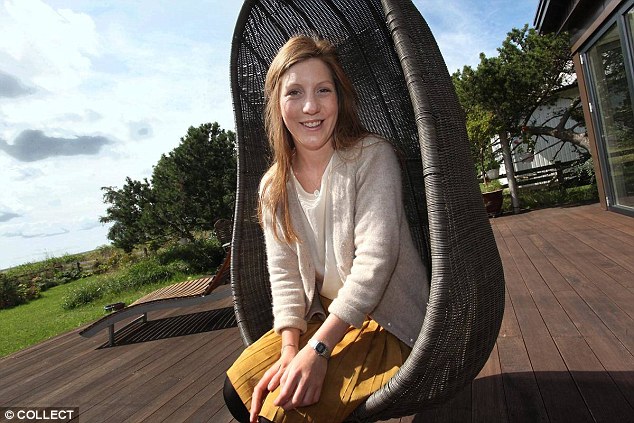 Killed:  Peter Madsen claims journalist Kim Wall, 30, died as a result of a gas leak on his submarine last August, and that he then dismembered her and ‘buried her at sea’

Coroner Christina Jacobsen testified Thursday about numerous lesions found on Wall’s torso and head, with much of the questioning focused on the more-than two dozen stab wounds to her genital area.

Yesterday, Madsen claimed that he had to stab the body to make the parts easier to ‘bury at sea’, saying ‘there is nothing sexual in the stabs hitting her vagina’.

But Ms Jacobsen said today that his explanation for the stab wounds do not hold up, saying; ‘as the stabs are superficial, gases would not have been able to get in or out’.

Ms Jacobsen also told the court that some of the cuts to the torso would have to have been inflicted before the moment of death.

The court heard that there was no conclusive evidence to prove the cause of death beyond doubt, but that coroners believe the 30-year-old had her airways ‘cut off’.

Ms Jacobsen said this would be ‘due to either strangulation, throat cutting or drowning,’ she said. 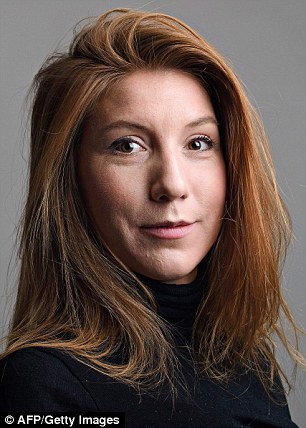 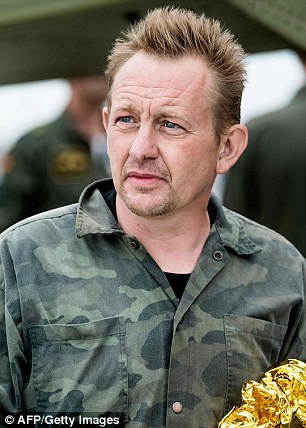 Trial: Peter Madsen, famous in Denmark for his home-built rockets and submarine, has denied murdering Miss Wall but has admitted to mutilating her body and ‘burying her at sea’

The court also heard that Miss Wall had several lesions on her neck and jaw which would have been inflicted while she was still alive.

Ms Jacobsen told the court that the head may have been restrained, strapped down or that Miss Wall was ‘gagged’.

Miss Wall’s boyfriend Ole Stobbe Nielsen also testified on Thursday, and told the court that the journalist had been ‘afraid’ to be on the submarine, but had decided to go anyway.

Madsen, 47, is charged with murder, dismemberment and indecent handling of a corpse for the way he disposed of Miss Wall’s body.

Prosecutor Jakob Buch-Jepsen claims Madsen tied up and tortured Walls before killing her, either by cutting her throat or strangling her. The murder has been called premeditated because he had brought along tools he normally would not take with him on the submarine.

A psychiatric assessment described him as a ‘perverted polymorph, and highly sexual deviant’.

‘He has narcissistic and psychopathic traits, and is manipulative, with a severe lack of empathy and remorse,’ said Butch-Jepsen. 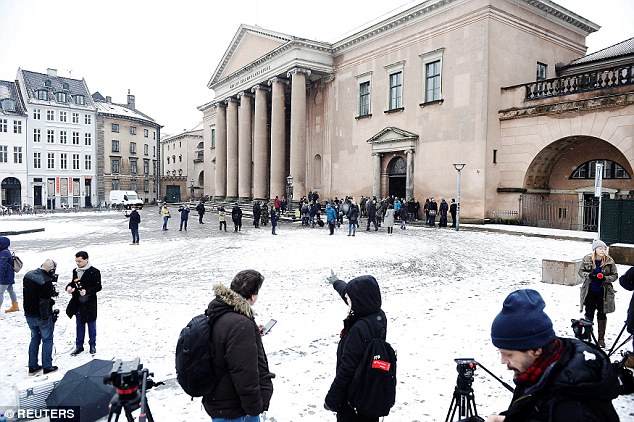 The press and hearers line up in front of the courthouse where the trial of Danish inventor Peter Madsen, charged with murdering and dismembering Swedish journalist Kim Wall aboard his homemade submarine, opens in Copenhagen, Denmark

Yesterday, the court were show animated videos of naked women being impaled spikes and being decapitated by men, which had been found on Madsen’s computer.

During cross-examination in court on Wednesday, Madsen admitted to having an interest in Dracula and the fictional vampire’s real-life inspiration – Vlad The Impaler; a Romanian prince whose favorite method of execution was impalement.

Now, he claims Miss Wall was inside the vessel when a vacuum effect meant that he was unable to open the hatch door to get to her as exhaust fumes filled the craft.

Today, the medical examiner she said it was an unlikely scenario as ‘the air seems not to have been able to leave the lungs, which is not the case with lack of oxygen or inhalation of gases.’ 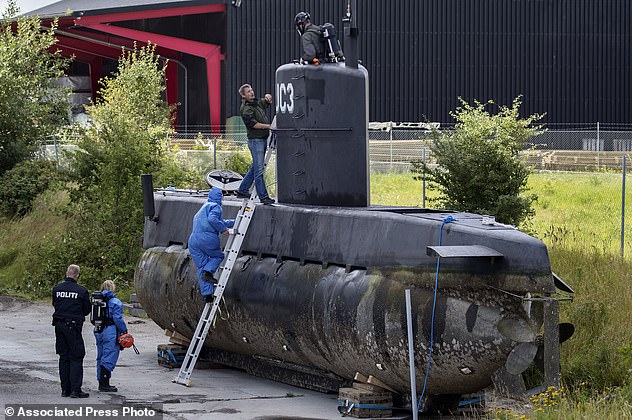 Miss Wall had been trying to get Madsen to agree to an interview for months before her death, and so when the opportunity arose, she left her own goodbye party.

She and he boyfriend were moving to China, and she kept in touch with her partner over the evening.

Her boyfriend received several text messages from her which were read out in court earlier this month.

‘I’m still alive btw (by the way),’ one of her last messages read, adding ‘But going down now! I love you!!!!!!’ A minute later, she added: ‘He brought coffee and cookies tho.’

Her partner called police after the messages suddenly stopped coming, and authorities launched a search for the submarine, which did not have a satellite tracking system.

The 33-ton submarine sank south of Copenhagen shortly after being spotted afloat the following day and Madsen was picked up unharmed. Initially, he told police he had let Wall off on Refshale island several hours into the trip.

Investigators found dried blood inside the submarine and on Madsen’s face and clothes,, and divers eventually found Wall’s body parts in plastic bags held down on the Baltic Sea bed by metal pieces.

Kim Wall grew up in southern Sweden, and studied at Paris’ Sorbonne university, the London School of Economics and Columbia University in New York, from where she graduated with a master’s degree in journalism in 2013.