What Shayna did next: Embattled swimmer is tipped to take part in military-style reality show SAS: Who Dares Wins amid doping allegations

The 21-year-old was spotted at Brisbane Airport on Friday believed to be heading to NSW to resume filming of SAS: Who Dares Wins.

Channel 7 announced a reboot of the 90’s show and filming began in March in New Zealand before it was stopped due to COVID-19.

Shayna Jack (pictured) was spotted at Brisbane Airport on Friday believed to be heading to NSW to resume filming of SAS: Who Dares Wins 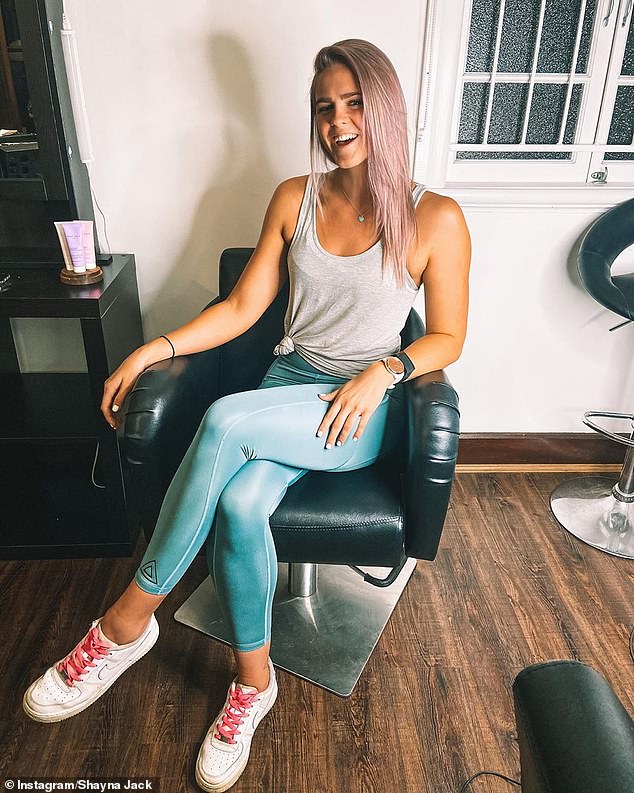 The celebrities will be put through a strenuous two-week training course in order to win a prize.

Jack came under fire when she tested positive to Ligandrol in both her A and B samples in Cairns in July, 2019, ahead of the FINA World Championships in South Korea.

She strongly denies knowingly taking the drug and claims the banned substance could have got into her system by contamination.

The Australian Sports Anti-Doping Authority (ASADA) is recommending a four-year ban for Jack if found guilty of taking the muscle growth drug.

Four years is the standard length of ban for swimmers caught using drugs classed as anabolic.

‘I’m 21-years-old and I’m paying for a lawyer, a barrister, testing fees – it’s more than what my parents could pay, with them having a house mortgage. I didn’t want them to have that, so I have taken all of the hit,’ she previously told The Project.

If Jack fails to prove her innocence to ASADA (Australian Sports Anti-Doping Authority), she faces being banned from the sport for up to four years. 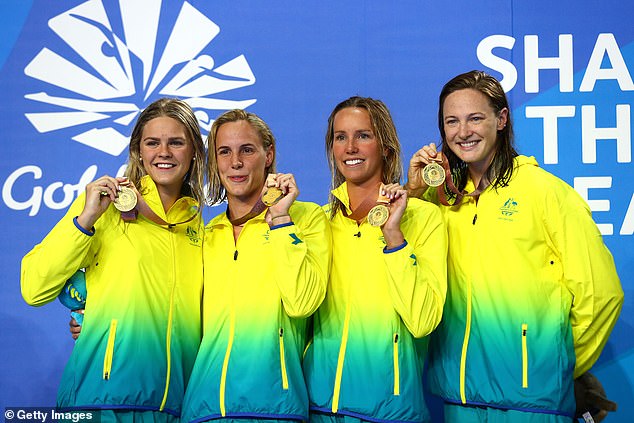 Jack broke down as she recalled the moment she received a phone call telling her to go back to the hotel and was told about the something being found in her sample.

‘When I got that phone call my whole world changed. I was shopping with one of the girls on the team in South Korea. I got a phone call from one of the managers saying that I needed to come back to the hotel.

‘One of the managers met me and said we have to go up to the head coach’s room. We got in there and he said ASADA has called. But they couldn’t tell him anything until I was present.

The former World Aquatics Championships silver medallist said she hasn’t given up on her Olympic dream.

‘That dream’s not gone, that dream will never disappear,’ she said.

‘I will keep fighting for it.’