The crumbling homes of Monti Sciaga in the Italian-speaking province of Ticino are surrounded by alpine trees and have breathtaking views over Lake Maggiore.

The hillside is just yards away from the Italian border and residents would be a short journey away from glorious Lake Como and chic Milan.

But to own one of the old homes – known as ‘rustici’ – a prospective buyer would have to fully rebuild and renovate their property in line with the laws of the land.

Despite their remote location at the top of a wooded meadow, the hamlet does have plumbing, according to The Local, which may ease the reservations of some buyers.

Similar schemes to breathe new life into diminished communities have been seen in Europe, most recently on the tiny Greek island of Antikythira nestled between Crete and Kythira.

The Bishop of Kythera and Monemvasia along with the local council of the island hope to increase the population there from 24 to 300 by offering £450, free homes and food to young families.

Officials hope to secure new residents to be employed as fishermen, farmers, builders and bakers.

Some of the stone homes at Monti Sciaga are in better shape than others, but the municipality says prospective buyers can rest assured that they are fitted with running water 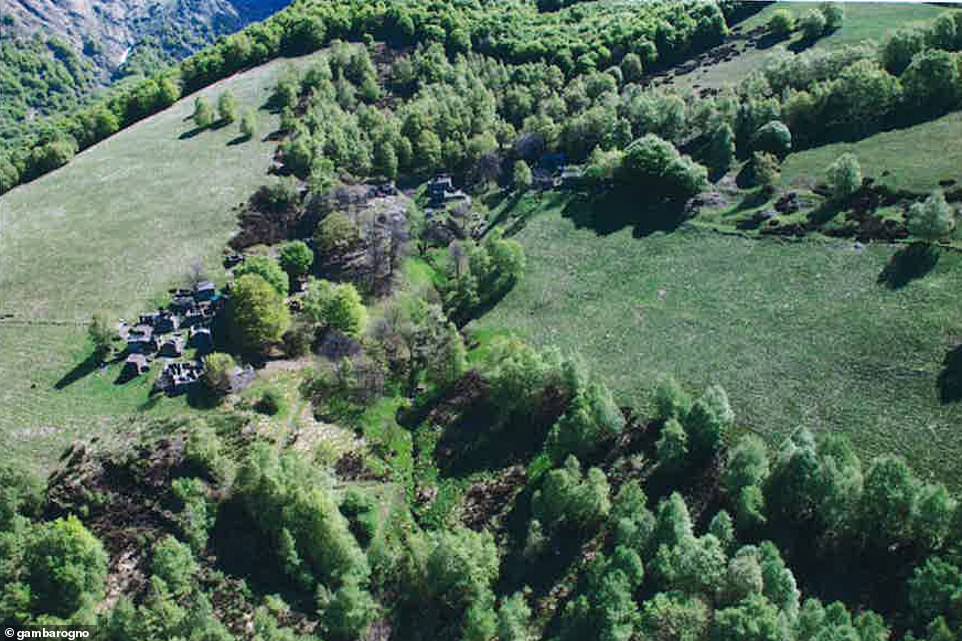 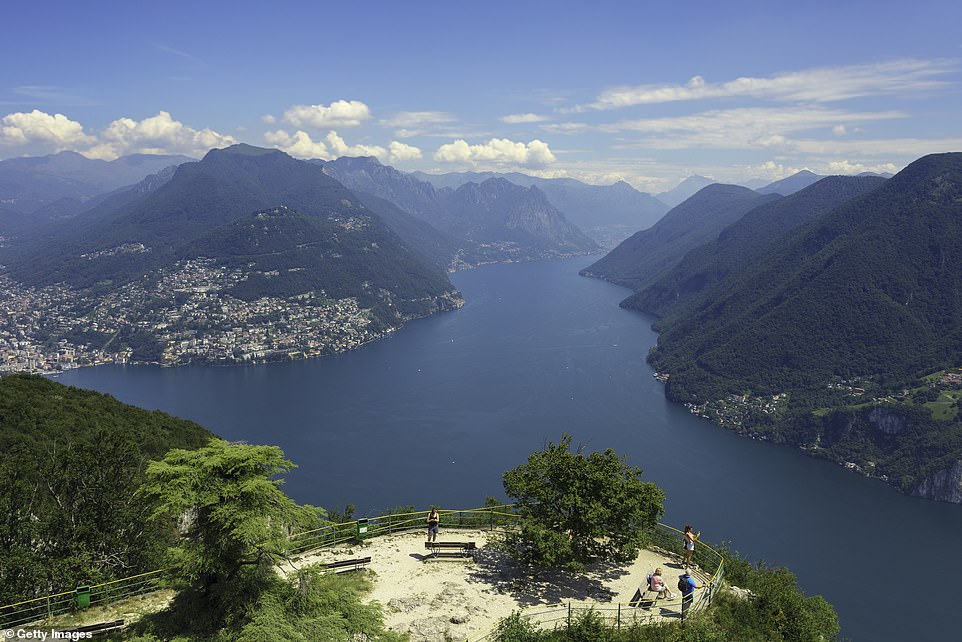 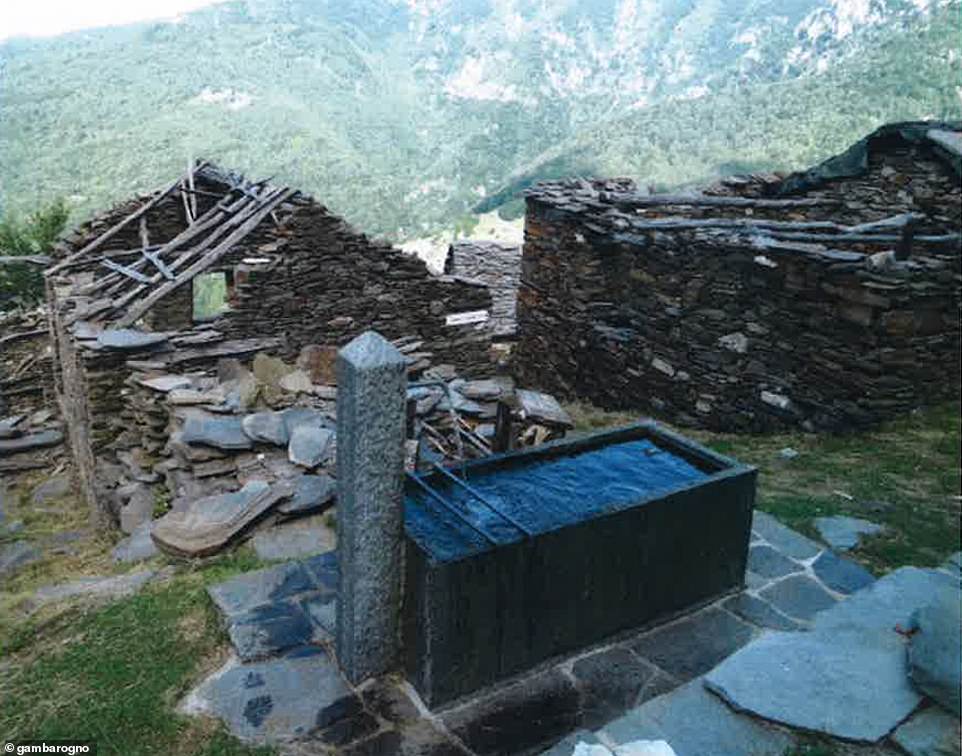 A trough full of fresh running water is surrounded by the crumbling walls of homes in Monti Sciaga, an old hamlet in Ticino 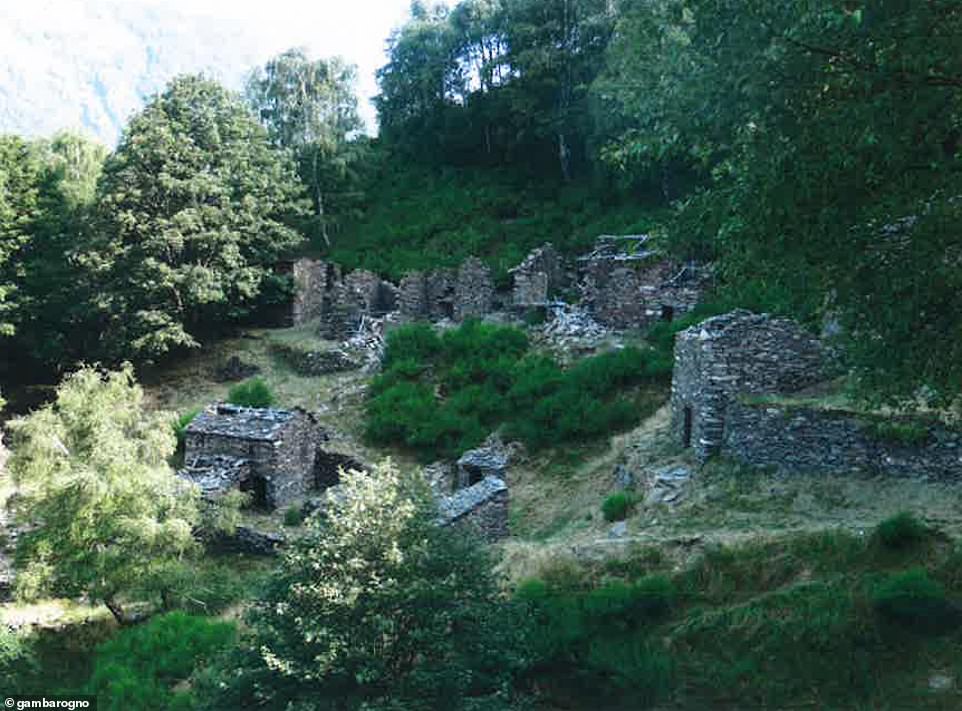 The local government is offering the homes for the nominal sum of just one Swiss franc, on the condition that they must be fully renovated by buyers 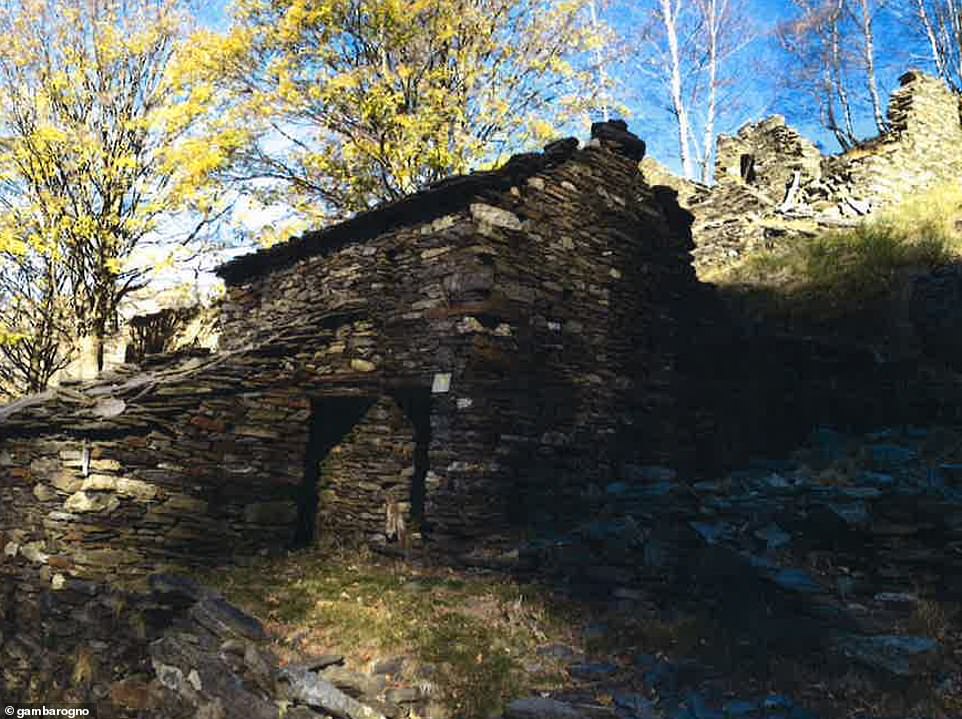 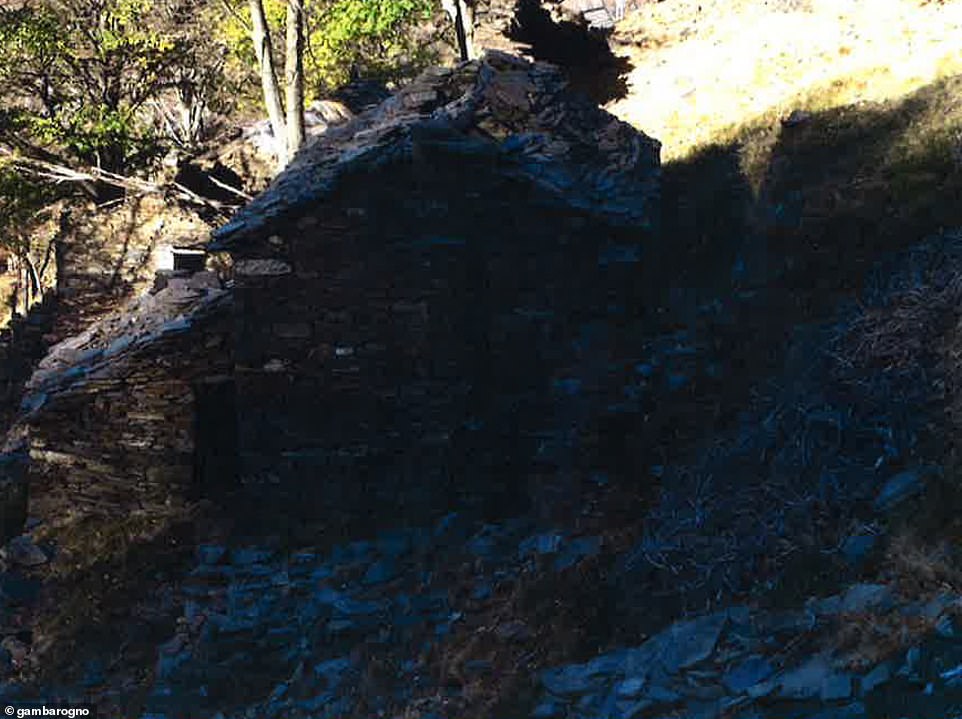 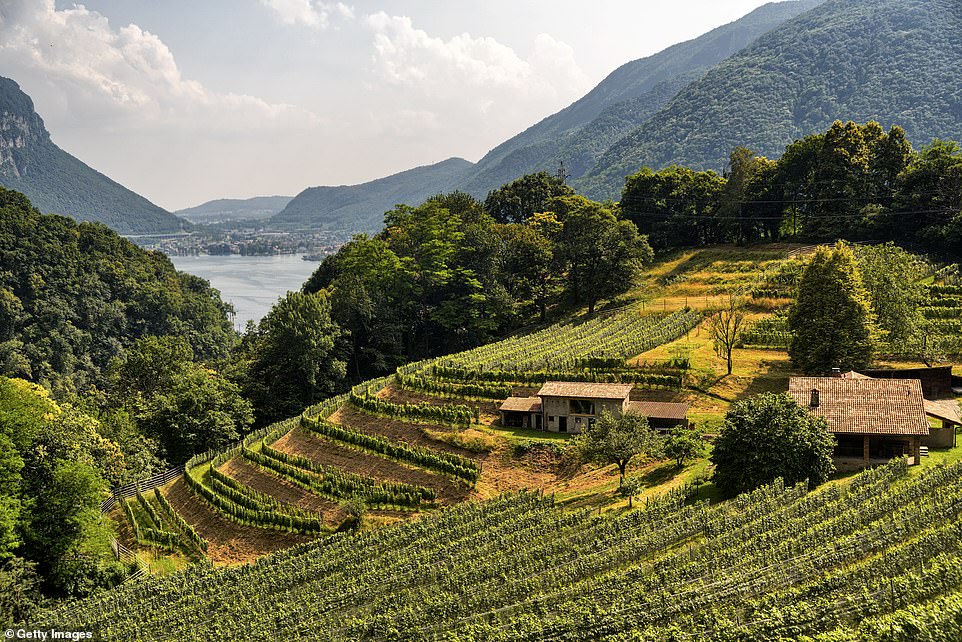 Fields of vineyards surround the lush mountainsides of Ticino in Switzerland (pictured: a field between Maroggia and Arogna) 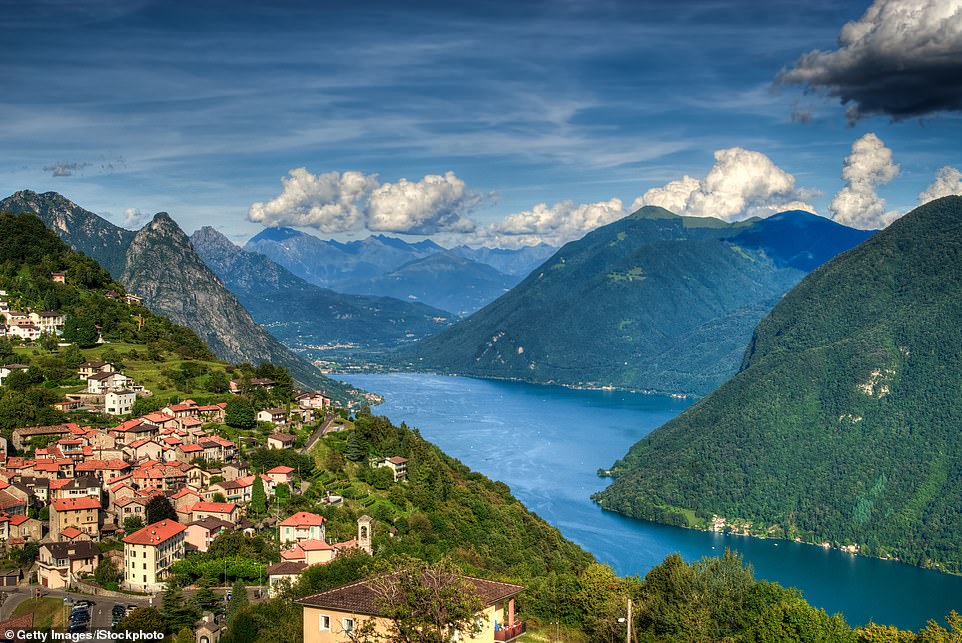 Lake Lugano, a glacial lake named after the city of Lugano and situated between Lake Como and Lake Maggiore, is just a short journey from the hamlet 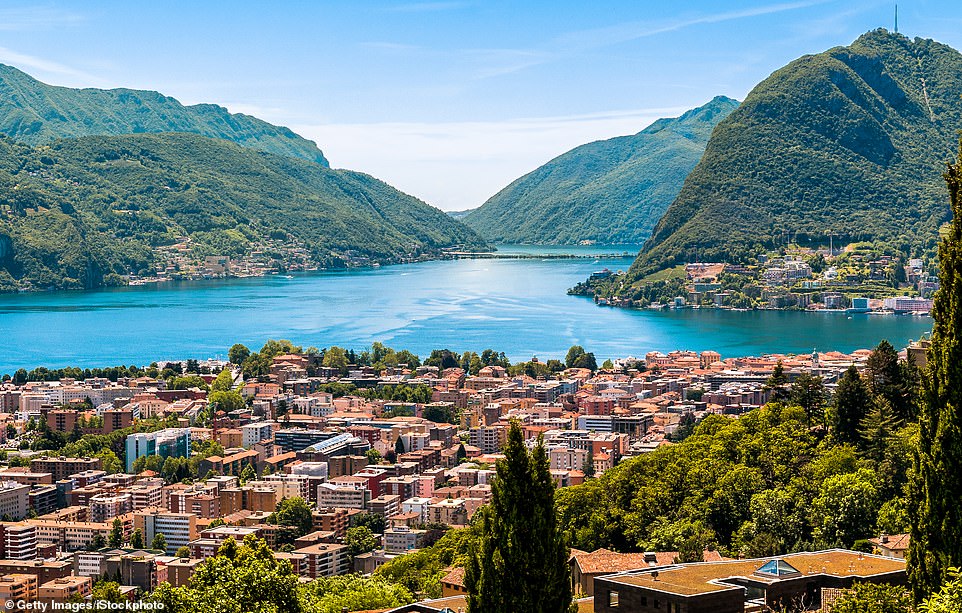