Swiss voters approved stricter gun laws to bring the country more into line with the EU, but angered many firearms owners.

Despite the objections of local gun enthusiasts the measures to tighten the Alpine nation’s gun laws were approved on Sunday, the Swiss media reported.

The vote on Sunday was part of Switzerland’s regular referendums that give citizens a direct say in policy making.

It had stoked passions in a country with long, proud traditions of gun ownership and sport and target shooting.

Switzerland, unlike many other European nations, allows veterans of its obligatory military service for men to take home their service weapons after tours of duty.

A visitor trying out a CO2 air pistol during the 45th edition of the Arms Trade Fair, in Lucerne, Switzerland in March 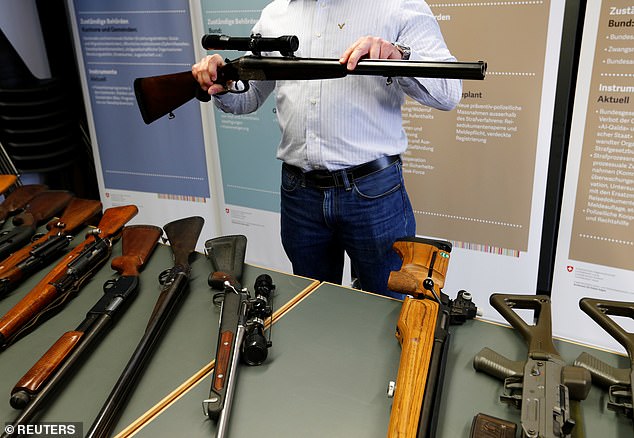 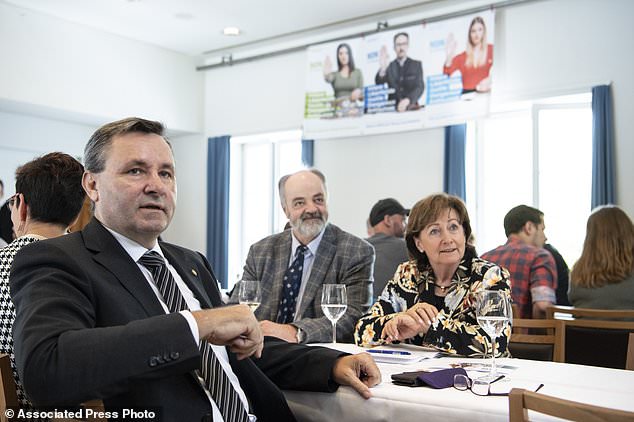 Werner Salzman (front left) Swiss parliamentarian of conservative party SVP and member of the committee against the EU gun laws and policies, speaking at the committee’s meeting in Burgdorf

The Swiss proposal, among other things, requires regular training on the use of firearms, special waivers to own some semi-automatic weapons and serial number tracking system for key parts of some guns.

Gun owners would have to register any weapons not already registered within three years, and keep a registry of their gun collections.

Supporters of the measure, who included the Swiss parliament and executive branch, said similar measures adopted by the EU after deadly extremist attacks are needed to ensure strong police cooperation and economic ties with Switzerland’s partners in Europe’s Schengen visa-free travel zone.

They insisted it will not block law-abiding citizens from obtaining legal guns, but would simply do more to track them.

Switzerland is not an EU member, but it is in the Schengen zone.

Opponents insisted the proposal would violate Switzerland’s constitution and do little to fight extremism or crime. They said the weapons used in recent attacks in Europe weren’t obtained legally. 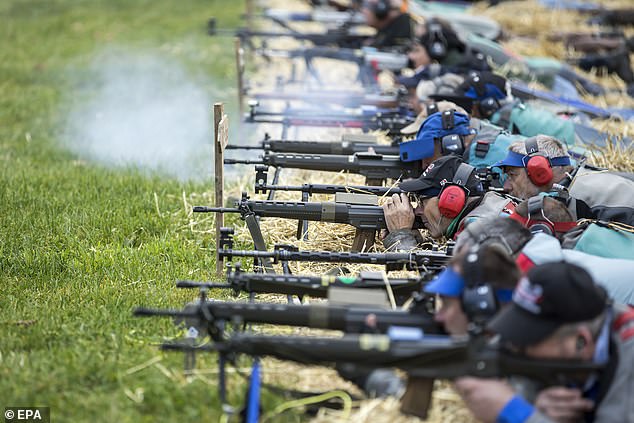 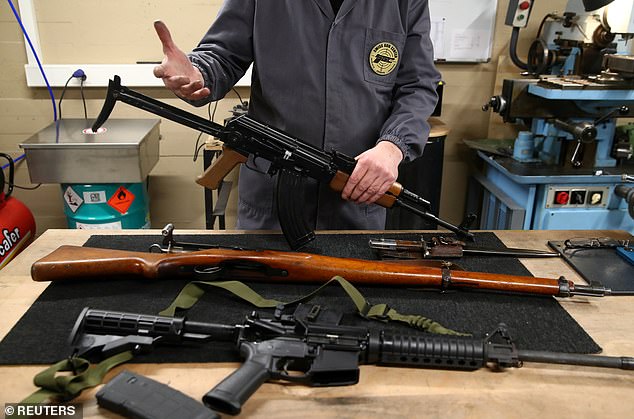 Michel Baud, gunsmith at the Swiss Gun Center holds a Kalashnikov rifle next to a Musket 31 and an M-16 ahead of the referendum on proposals to tighten weapon ownership laws in line with EU steps, in Geneva, Switzerland 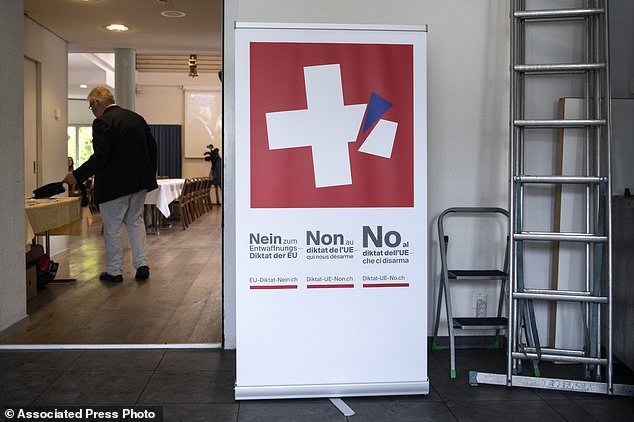 Meeting rooms and a poster of the committee against the EU gun laws and policies, before the committee’s meeting in Burgdorf, Switzerland today

They argued the proposal cracks down mainly on lawful gun owners in Switzerland and rams through what they see as the latest diktat from Brussels.

Jean-Luc Addor, a populist Swiss People’s Party lawmaker from the southwestern Valais region, said adopting the EU directive would be ‘unjust, freedom-killing, useless, dangerous, and above all, anti-Swiss.’

‘With no effect on the fight against terrorism, it will only hit honest, law-abiding citizens who possess legal weapons,’ he wrote on his website. ‘It’s the epitome of injustice.’

Ahead of the vote, most of Switzerland’s major political parties – except for the populist Swiss People’s Party – favoured the measure, with support strongest among Socialists and Greens.

The rift on the issue has fallen along a rural-urban divide, with city dwellers more inclined to back the EU directive. 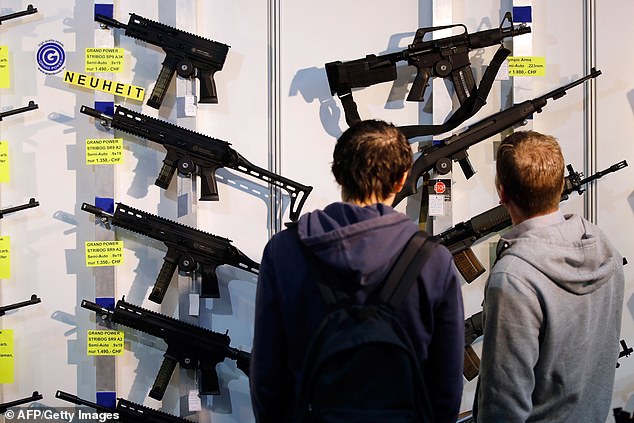 Today’s vote stoked passions in Switzerland, a country with long, proud traditions of gun ownership and sport and target shooting. Pictured are semi-automatic shotguns displayed on a wall during the 45th edition of the Arms Trade Fair, in Lucerne 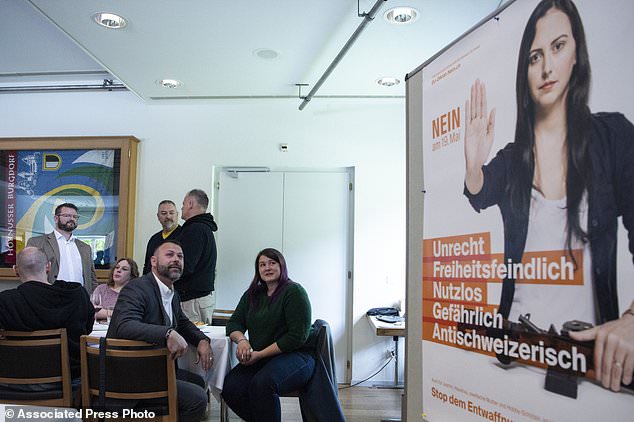 The committee against the EU gun laws and policies, prior to the committee’s meeting in Burgdorf, Switzerland on Sunday