Sydney and Melbourne families hit out at HomeBuilder scheme after $25,000 grant submissions lost

Devastated families who bought $600,000 homes off the plan with the promise of $25,000 government grants say they won’t receive ANY cash help due to horror online glitch

Families who bought homes off the plan worth up to $600,000 with the promise of government grants have hit out after being told they won’t be receiving any financial support.

Melbourne IT worker Jack Hage bought a block of land for his family after Prime Minister Scott Morrison announced the HomeBuilder scheme in June 2020.

The program – designed to help the economy recover from the Covid-19 pandemic – provides grants of up to $25,000 for Australians looking to renovate their home or build a new one.

Mr Hage is among the prospective Aussie homeowners and renovators to have missed out on the grants after having issues with the scheme’s online portal.

Western Sydney expectant parents Samuel Ross and his fiancé Danielle Fitzsimons were planning to use the $25,000 HomeBuilder grant to renovate this home before their application suddenly vanished

He applied in January, well before the April 14 deadline, but then returned to the website to find the government had no record of his submission.

‘People talk about having this gigantic knot in your stomach, and there could be no truer words spoken – I was in shock,’ he said.

‘I was continuously thinking “I’ve just lost 25 grand”,’ he told A Current Affair.

The federal scheme is processed by the individual state revenue departments and the Victorian office told Mr Hage they were powerless to reinstate his application.

Father-of-two Clint Calman bought a $600,000 townhouse on the Gold Coast and applied for the grant straight away.

He logged in and out of the portal to make sure there weren’t any problems with his account and thought he had submitted his application successfully. 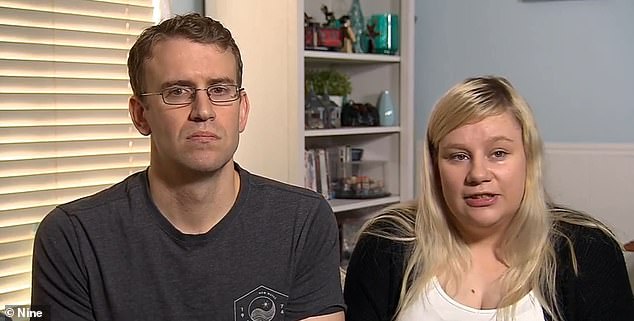 Mr Ross with Ms Fitzsimons. He said the couple were at a loss as to what they would do next as they were relying on the grant money to finish their renovation 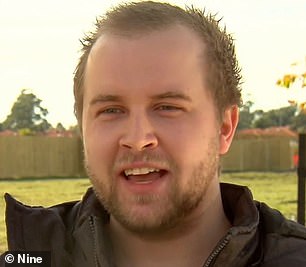 Melbourne IT worker Jack Hage applied in January, well before the April 14 deadline, only to be hit with the same devastating news when later trying to access his application

Expectant parents Samuel Ross and his fiancé Danielle Fitzsimons were planning on using the money to finish their home renovation in western Sydney and were also caught out by the apparent glitch.

‘We were relying on that money to finish it off,’ Mr Ross said.

The Queensland Treasury said it made clear what was required from applicants.

‘The Queensland Government website has been regularly updated to reflect requirements of the grant and key dates of the program,’ a treasury spokesman told Daily Mail Australia.

‘Applications for HomeBuilder closed on April 14, 2021. All applicants were required to submit their completed application by that date.’

The Victoria State Revenue Office also said it had taken steps to make sure applicants could make valid submissions in time for the cut-off date. 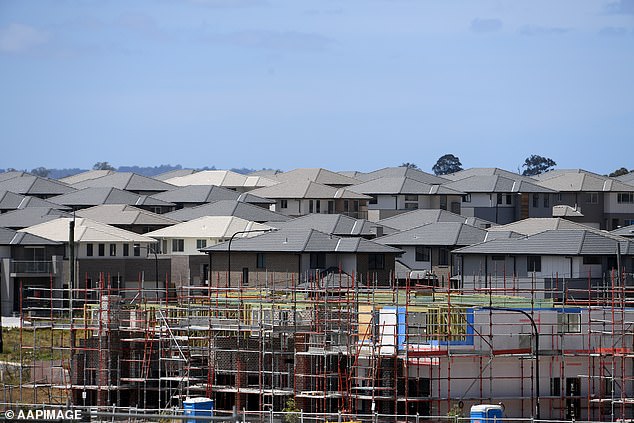 The HomeBuilder scheme provides grants of up to $25,000 for Australians looking to renovate their home or build a new one. Pictured is a housing development under construction in Schofields, north-west Sydney

‘The State Revenue Office regularly published key dates and requirements related to the grant on the website, the online application portal and via subscriber emails, including information about its extension, and the closing date of 14 April 2021 for all grant applications,’ a spokesman said.

‘Under the National Partnership Agreement with the Commonwealth of Australia, the State Revenue Office has no discretion to accept late applications.’

A Revenue New South Wales spokesman encouraged applicants whose information had vanished from the portal to find their confirmation email and contact the department.

‘Any customer submitting an incomplete application received a further email from Revenue NSW between 22 – 24 March, reminding them to complete it by 14 April,’ a spokesman told Daily Mail Australia.