The National Wastewater Drug Monitoring Program by the Australian Criminal Intelligence Commission (ACIC) found an average of 910mg of cocaine is consumed every day by every one in 1,000 Sydneysiders, the highest amount in the country.

The data is supported by a recent jump in drug-related arrests.

The NSW Bureau of Crime Statistics and Research found a post-Covid record of 275 people were arrested statewide for cocaine possession in December 2021.

The majority of Sydney’s cocaine-related arrests were made in the city’s CBD and eastern suburbs with Randwick and Waverley taking the bulk of the arrests.

CEO of ACIC Michael Phelan said the uptick of drugs detected in wastewater could be a result of drug syndicates recovering money lost during Covid lockdowns. 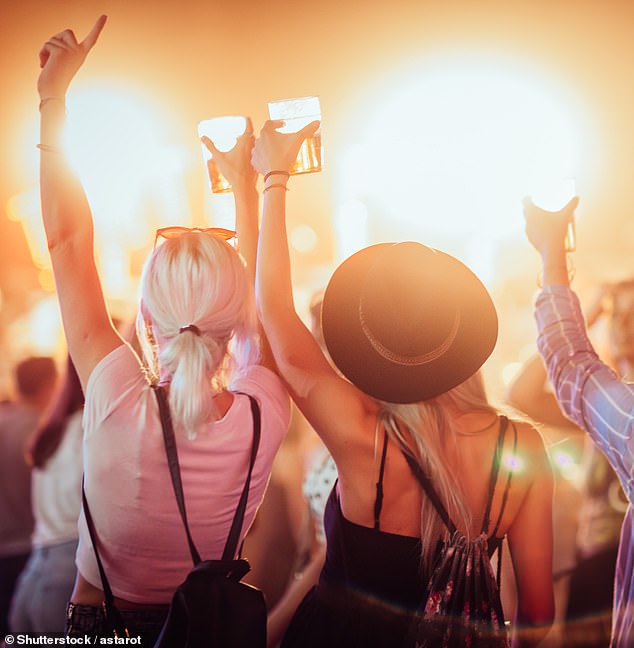 ‘Organised crime groups have redoubled their efforts to supply the major illicit drug markets as Covid restrictions eased, generating significant illicit revenue, but they continue to face challenges, not least from law enforcement agencies,’ he said.

‘Our report helps address harmful drug consumption through improving knowledge about these influences so that tailored supply, demand and harm reduction efforts can be developed and implemented by decision makers on a range of drug and public health issues.’

The National Wastewater Drug Monitoring Program published its 16th report last month, which outlined where drugs are most active in Australia from December 2021 to February 2022. 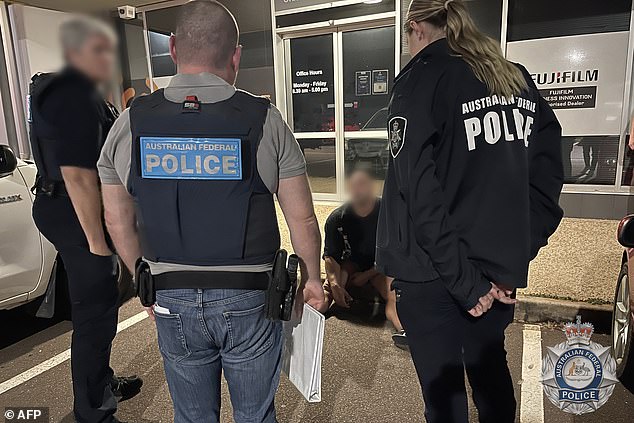 In late July a massive drug bust found a Columbian cocaine ring was operating out of a regional Queensland town (pictured, one of the men involved being arrested by police)

Wastewater results found NSW was also host to the largest regional population of cocaine users with an average of 550mg consumed everyday.

High cocaine usage was also detected in Melbourne and Hobart.

While Queensland’s wastewater did not show high results for cocaine, Brisbane was found to be the country’s top MDMA consumer.

Data shows an average of an 470mg of MDMA is consumed by 1,000 Brisbane residents every day. 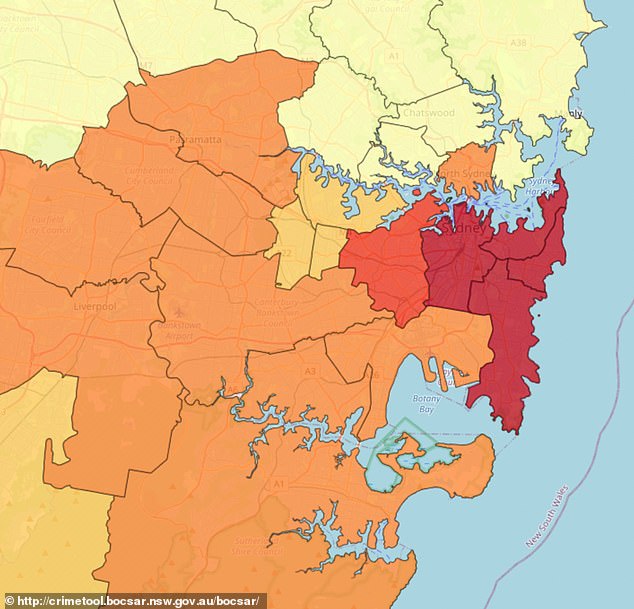 275 people were arrested in NSW for cocaine possession in December 2021 with the majority of Sydney’s arrests focused in the CBD and eastern suburbs (lighter shades show areas with less arrests, darker shows more arrests)

Melbourne and Darwin tied for second place with an average of 190mg consumed by every 1,000 people a day.

The biggest nicotine users were found to be regional Northern Territory residents followed by people in Darwin and Hobart.

Hobart and Darwin also recorded high alcohol consumption with an average 2,600 standard drinks downed by every 1,000 people each day.

Sydney, Canberra, Perth and Brisbane residents were found to be lighter drinkers with an average of 1,600 drinks consumed daily by every 1,000. 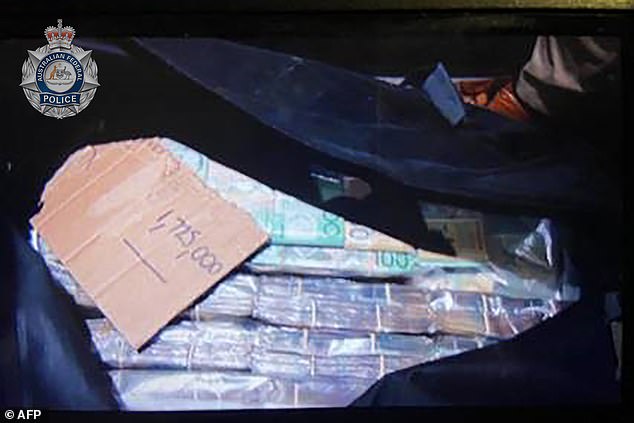 Australia was found to have the highest methylamphetamine consumption out of 25 countries and the sixth highest cannabis usage out of 16 countries. 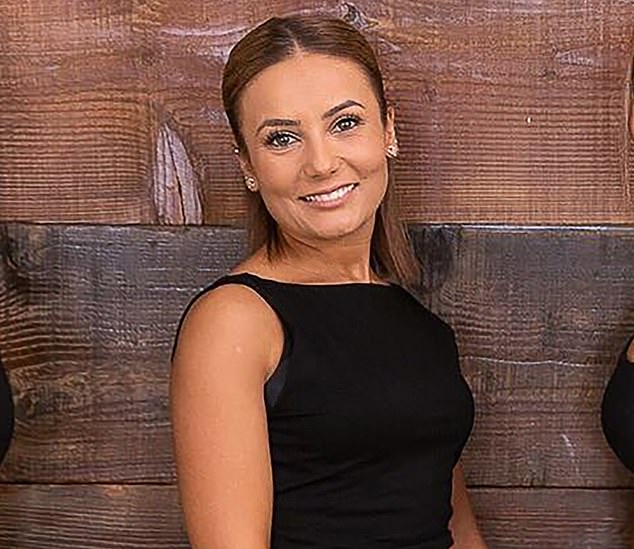 Sydney hairdresser Amy Hazouri (above) was killed last Saturday during an assassination against her client, former gang wife Lamet Fadlallah

NSW and Queensland are the most monitored states with 11 recording facilities each while the Northern Territory only uses two and the ACT has one.

The rise in drug usage and crime has seen a number of arrests and raids this year.

On Thursday police arrested three men after discovering almost 750kg of methylamphetamine with an estimated street value of $675 million.

The drugs were found in 24 sea shipping containers in Port Botany on July 27.

Police allege the men are part of a syndicate bringing illicit drugs into Sydney.

Photos showed police escorting the men aged 34, 26 and 24 with one man pictured wearing an Oodie.

Federal police also busted an alleged branch of a Columbian drug cartel in late July which was being run out of a sleepy town in southeast Queensland. 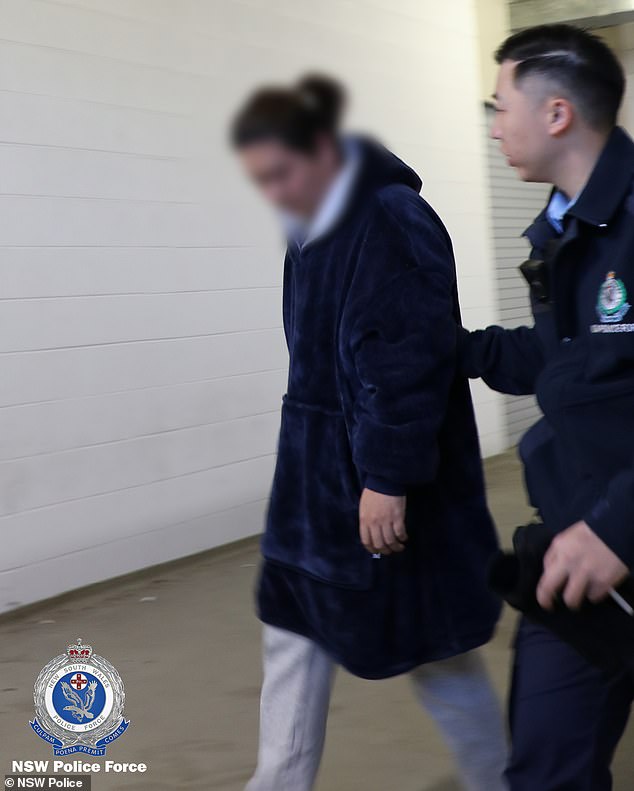 On Thursday police arrested three men after discovering almost 750kg of methylamphetamine (pictured, the arrests of one of the men who is seen wearing an Oodie)

The bust saw a total of nine people arrested, including two Columbian nationals, for the creation of a ‘cocaine school’ in Durong.

Sydney’s organised crime underworld has recently burst into a flurry of revenge killings as more people try to dip their hand in the lucrative drug industry.

The two women were killed while sitting in a Toyota 4WD outside Ms Fadlallah’s Revesby home.

JANUARY 6, 2022 – Brother of Bassam Hamzy, Ghassan Amoun, is shot dead at 35 years of age in a brazen daylight execution as he sat in a BMW outside an apartment building in Western Sydney

APRIL, 4, 2022 – Mahmoud ‘Brownie’ Ahmad aka ‘Mr Big’ is gunned down in a hail of bullets – after being warned by police that he had a million-dollar bounty on his head for his role in deadly shooting in Greenacre

MAY 10, 2022 – Comanchero bikies with links to the Alameddine clan, Tarek Zahed and his brother Omar were shot at while training at a gym in Auburn. Omar died at the seen while Tarek miraculously survived after being shot 10 times including in the face

MAY 14, 2022: Rami Iskander, 23, was shot in the torso in front of his pregnant wife and two-year-old child at his home on Knox Street at Belmore just before 4am on Saturday. He is the nephew of Brownie Ahmad

MAY 15, 2022: NSW Police launch Strikeforce Erebus to try and tackle the growing problem of gang violence with the Australian Federal Police and intelligence agencies partnering with state cops to stop the bloodshed.

JUNE 28, 2022: Former Lone Wolf bikie Yusuf Nazlioglu dies in hospital a day after he is hit by 10 bullets in a Rhodes underground carpark

AUGUST 13: Lametta Fadlallah, 48, and her hairdresser friend Amy Hazouri, 39, are shot dead in a silver Toyota 4WD outside her house on Hendy St, Panania in Sydney’s west