Sydney beats Melbourne to be coffee capital of Australia

It’s long been thought that Melbourne is the coffee capital of Australia, but new research shows those in Sydney are buying more of the brew.

The statistics come from a new Lavazza Australia survey involving more than 1,500 people and highlight the country’s coffee preferences, according to The Sydney Morning Herald.

While Melbourne has long been thought of as Australia’s coffee capital, new research shows people in Sydney are buying more of the brew, averaging 4.41 cups each week (stock photo)

While nearly half the population enjoy caffeine according to figures from the Australian Bureau of Statistics, milk based versions of the drink were considered the most popular.

The survey showed cappuccinos were first preference among consumers in Victoria and New South Wales, with flat whites and lattes following close behind.

Delving into the ages of those drinking barista-bought beverages, the largest consumption was recorded for 30 to 39-year-old’s.

But the most expensive coffees by comparison were purchased by the youngest bracket, who spent an average of $7.47 on their morning wake-up. 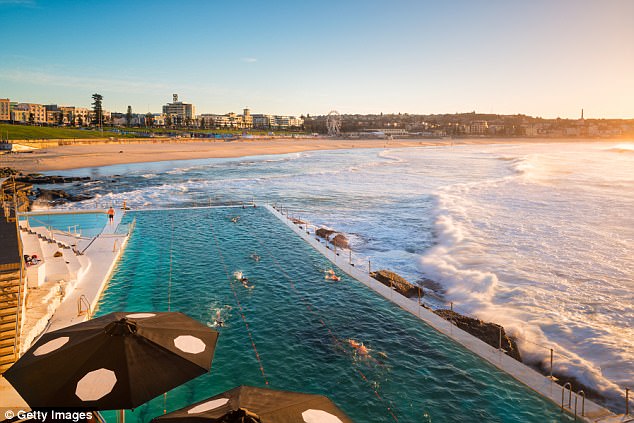 Sydney (stock photo of Bondi Beach) topped Melbourne in the number of cups consumed, which was in contrast to previous survey’s that showed Melbourne leading the way in cafe culture 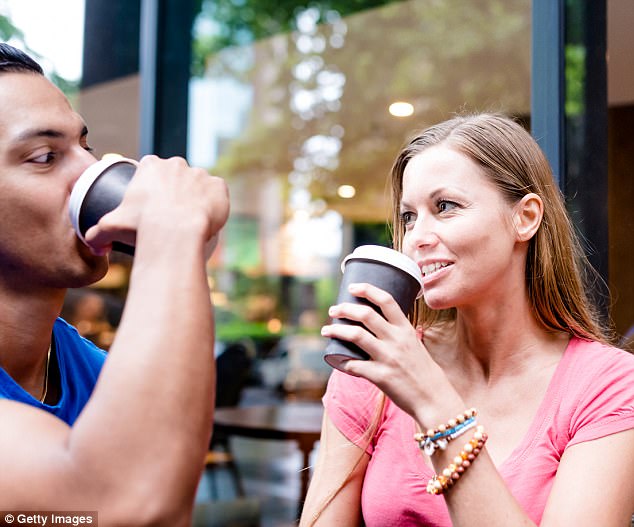 The average age of coffee drinkers was also recorded, with 30 to 39-year-old’s consuming the most regularly and the youngest age bracket paying up to $7.47 on average for their brew

‘Coffee is not going away, the coffee culture is starting to grow and influence … it’s making a bit more noise than it did in years gone by,’ Lavazza Australia specialist John Kozsik said.

The average earnings of people also influenced their coffee choices, with more Melbourne drinkers being in the $80,000 to $120,000 bracket and Sydney’s being from those who pocketed $120,000 or more.

The statistics were in contrast to a 2015 Roy Morgan survey, which found that Melbourne lead the country in cafe culture, with 63.3 per cent of people heading out to buy the drink.

The Victorian residents were also the most frequent purchasers of coffee from those statistics, with 11.5 per cent of people visiting cafes an average of 16 times over three months.

It comes as the third International Coffee Day gets ready to kick off on October 1, with specials and free brews around the country.