Skipping pleasantries, writing ‘thanks in advance’ and marking ‘urgent’ in the subject line of emails can make you appear ‘rude’, a top career coach has warned.

In a blog post for Seek, she advised Australians of the throwaway remarks that can jeopardise their credibility with employers and clients.

She said signing correspondence with ‘thanks in advance’ suggests you take it for granted that a task will be completed, painting you as self-centred, dismissive and rude. 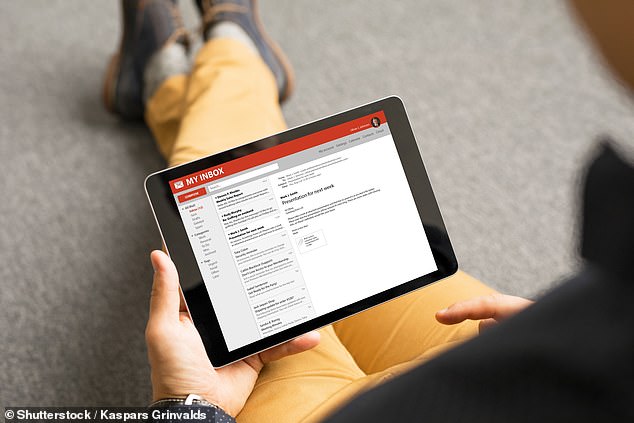 How you write professional emails could determine how you are perceived and whether you’ll succeed at work, top career coach Nicole Grainger-Marsh has warned (stock image)

While it might feel contrived and formal to start every email with a polite greeting, Ms Grainger-Marsh said skipping pleasantries to dive straight into business can appear ‘abrupt and rude’.

‘You wouldn’t walk up to someone in a meeting room and speak to them like that, so why would you send it in an email?’ she asked.

Ms Grainger-Marsh said it’s always worth taking time to address someone by their name or title and build a rapport by enquiring about their day and anything else that’s appropriate to ask.

She said there’s no need to be ‘flowery’ or over the top with your words, rather it’s about demonstrating courtesy and respect, particularly to bosses, clients or colleagues who you aren’t familiar with.

2. SAYING THANKS IN ADVANCE

Even when well intentioned, thanking someone in advance can seem rude and self-centred, Ms Grainger-Marsh warned.

She said it can be viewed as an automatic expectation that a task will be completed on your behalf, which tends to anger the recipient who feels used and taken for granted.

‘It can be viewed as, ‘well hang on, I haven’t said I’m going to do it yet and you’ve just assumed that I’m going to comply and deliver’,’ she said.

Ms Grainger-Marsh advised signing off with a generic ending like ‘kindest regards’ instead to give the recipient a chance to agree to the request first.

How to write polite, professional emails

A successful email is written when the writer puts themselves in the recipient’s shoes, Ms Grainger-Marsh said.

She suggests reading your message aloud from their perspective, and asking yourself how they would construe the tone and content of what you’ve written.

‘Look over everything from the tone, to your choice of words, to how you’ve signed off and tailor it to suit the person you’re speaking,’ she said. 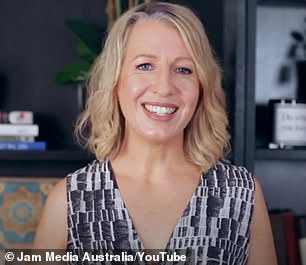 Ms Grainger-Marsh said emails should only be marked ‘urgent’ when the content relates to a genuinely pressing matter.

Even then, she said doing so can be construed as a ‘flat out demand’ rather than a professional request, which is almost certain to rub the recipient up the wrong way.

If it really is time sensitive, Ms Grainger-Marsh said it’s best to arrange a face-to-face meeting to resolve the matter as quickly as possible.

‘If something is really urgent and you’re trying to get someone to drop everything and prioritise what you want, you need to be able to influence them and persuade,’ she said.

‘[This] is difficult over email because people find it easy to say no to an email. It’s much harder to say no to someone’s face or over the phone.’

Hitting ‘reply all’ or copying half the office into an email chain can seem like you’re shirking responsibility or lumping part of your workload onto others, according to Ms Grainger-Marsh.

FIVE THINGS YOU SHOULD NEVER SAY IN A JOB INTERVIEW

As a general rule, she said you should only include recipients who have a task to complete or need to be kept up to speed on the issue.

‘I’ve worked with CEOs who say ‘if you copy me in and it’s information only, I’m going to press delete’,’ Ms Grainger-Marsh said.

Ms Grainger-Marsh warned that writing long, rambling paragraphs that include unnecessary points portrays the sender as a poor communicator who is unable to analyse information and extract the relevant information.

‘It gives you a negative reputation in terms of your ability to communicate with people effectively,’ she said.

To ensure your emails are clear and concise, Ms Grainger-Marsh advises making bullet points of what the recipient really needs to know.

How to write the perfect resume

– Do not include a photo or date of birth.

– Keep it short. It should only be one page in length, or a maximum of two if you are in a senior position.

– To impress ‘D’ personalities (typically MDs and CEOs), and ‘Cs’, such as CFOs, use clear headings and bulleted sections, written in a simple, consistent font such as Arial or Times New Roman, size 11 or 12. This makes it easy to comprehend for ‘Ds’, who tend to skim read, while also including the structure and consistency that ‘Cs’ look for.

– Keep sentences short and concise, and give proof supporting your career achievements. This appeals to ‘D’ and ‘I’ types who want facts and statistics, and ‘S’ and ‘Cs’ who are put off by excessive self-promotion.

– Impress recruiters by referring to their company’s values in at least one of your career achievements.

– Give at least one example of how you are motivated, and how you have and will motivate others.

– Mention two activities that demonstrate your personal values. This could be charity work (fundraising by running a marathon, for instance).

– Use positive language throughout that indicates a ‘can-do’ attitude.

Careless misspellings and incorrect use of punctuation shows a ‘lack of interest and a lack of professionalism’, Ms Grainger-Marsh warned.

It’s always worth taking the time to proofread emails by reading over them and reading aloud if possible.

Repeating what you’ve written can highlight rambling sentences that should be split into two and phrases that don’t gel in the context they’ve been used.

It’s crucial to triple check spelling and grammar in any correspondence that’s going to a boss or client, as sending a message with multiple errors can make the recipient feel you don’t value their time or your communication with them very highly.