An Australian engineer and businessman has been detained in Iraq for 15 days with no explanation, and no contact allowed with his distraught wife and three children.

Robert Pether, from Sydney’s north shore, was arrested on April 7 when he arrived at a scheduled meeting with his client, the Central Bank of Iraq, in Baghdad.

Unable to get any help or information from Iraqi authorities, Mr Pether’s wife, Desree, turned to the Australian embassy for assistance, but that has also been fruitless.

‘They have no idea how to help him,’ she said.

‘They just keep repeating that they can’t discuss the case with me without consent from my husband. There is no support for me at all.’

The father-of-three has been working on rebuilding projects across war-torn parts of the Middle East for the past 10 years and regularly travels between Iraq, Abu Dhabi, Dubai and Bahrain as part of his job.

His wife and three children, aged 17, 15 and eight, are based in Ireland and often travel to be with Mr Pether at his job sites.

Robert Pether, from Sydney’s north shore, was arrested on April 7 for questioning after arriving at a scheduled meeting with his client. Pictured with his two sons

But three weeks ago, while working on site in Dubai, Mr Pether and his manager were contacted by the Central Bank of Iraq, which demanded they return immediately for a meeting to resolve a dispute about a new building project in Baghdad.

‘There was never actually a meeting scheduled with any officials or any resolution,’ Ms Pether told Daily Mail Australia.

‘When they arrived, they were immediately taken into custody.’  It is believed both men are now in solitary confinement.

Ms Pether and her two eldest children knew something was amiss immediately.

During his 10 years of travelling in the region for work, Mr Pether had a pattern of calling his wife and children several times a day, and would have been expected to make a call after the meeting.

After several days without contact, Ms Pether was finally able to talk with her husband’s employer, who informed her that Mr Pether and his associate had both been detained. 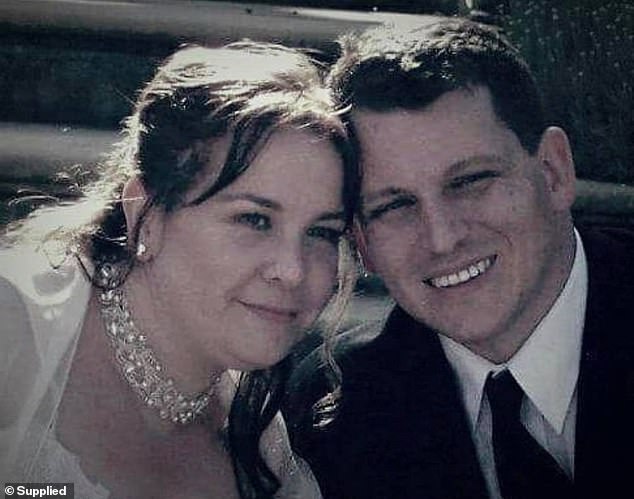 After 10 years of travelling for work, the family have a system which works for their family. Mr Pether normally calls his wife (pictured together on their wedding day) and children several times a day while working overseas

The company assured Ms Pether it had hired a well-respected Iraqi lawyer to take the case, and initially that gave her some reassurance.

‘We’ve been relying on due process 100 per cent… believing they would be released immediately with an apology, but that is looking less promising,’ Ms Pether said.

Fifteen days since his arrest, Ms Pether still has not been able to speak to her husband.

She broke the news to her two sons as soon as she realised he was in trouble.

Her eldest is in the midst of completing his final school exams in Ireland and now has the added stress of worrying about his father.

But Ms Pether couldn’t bring herself to tell their eight-year-old daughter right away. 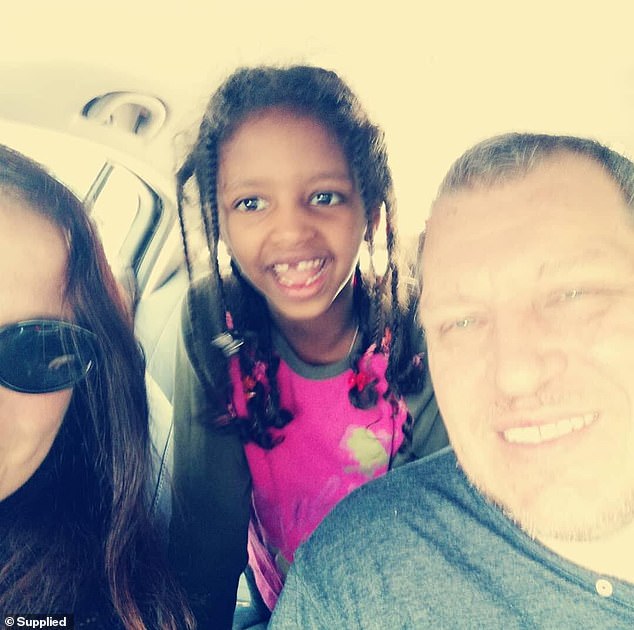 ‘I just kept telling her the phones were down in Iraq… she kept asking why daddy hadn’t called.’

After four days, she realised she had to tell her.

‘She knew something was wrong because we normally speak to him several times a day. 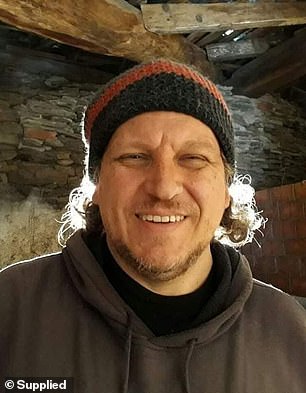 ‘I was hiding in rooms crying on the phone constantly.’

It was another few days after the call to his employer before Ms Pether heard anything further about her husband’s location or condition.

She claims he has no access to his laptop or phone, and has had no communication with the outside world.

She contacted the Australian embassy and Department of Foreign Affairs to plead for help, but claims she does not have the authorisation under the privacy act to liaise with them on her husband’s behalf.

Mr Pether’s birthday is on Thursday, and Ms Pether is devastated that he is spending it behind bars.

The 47-year-old secured an engineering job in Dubai in 2011, and has helped to rebuild areas of the Middle East decimated by war.

His most recent project with the Central Bank of Iraq has been going for four years, and Ms Pether claims he’d been ‘so excited and committed to rebuilding the country’. 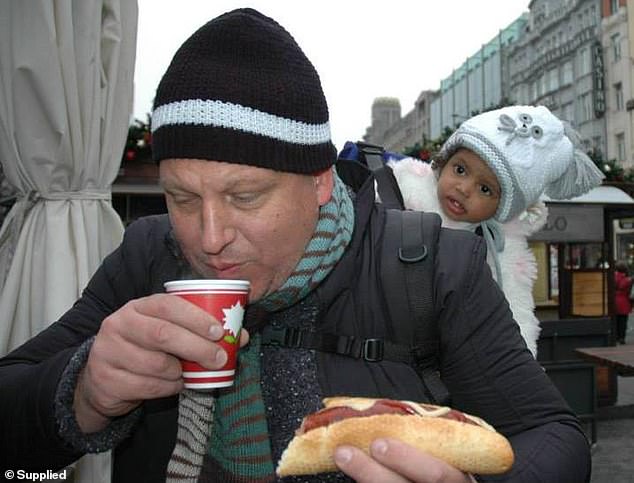 Ms Pether said he’s been communicating with locals about the need for more banks and discussing future projects, including a hospital. Pictured: Mr Pether with his daughter on an international trip in 2013

Several of his past public social media posts show his support for the nation and its people.

Ms Pether said he had been communicating with locals about the need for more banks and discussing future projects, including a hospital.

‘He has never ever felt unsafe working in the Middle East in 10 years. Not even in Iraq,’ Ms Pether said.

‘The country is focusing on rebuilding and eagerly inviting specialised labour, contractors and investors… all while claiming that Iraq is a safe place to work.’

Daily Mail Australia has contacted the Department of Foreign Affairs for comment. 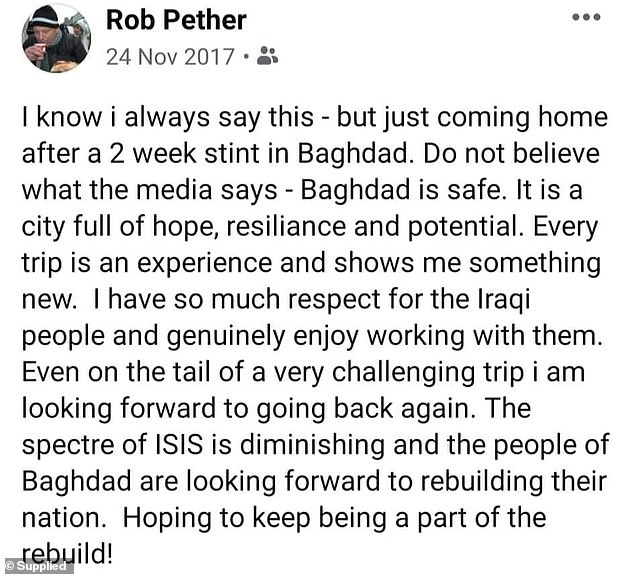