An Anglican church with a view of the Sydney Harbour Bridge has been forced to cancel an annual New Year’s Eve street party over terrorist attack fears.

St Aidan’s at Longueville, on the lower north shore, had hired bands or put on an annual family-friendly sausage sizzle on the last day of the year since 1999.

The event grew bigger every year to the point 4,000 people would crowd, shoulder to shoulder, along a 100 metre slope of Christina Street as a singer performed on grass outside the church. 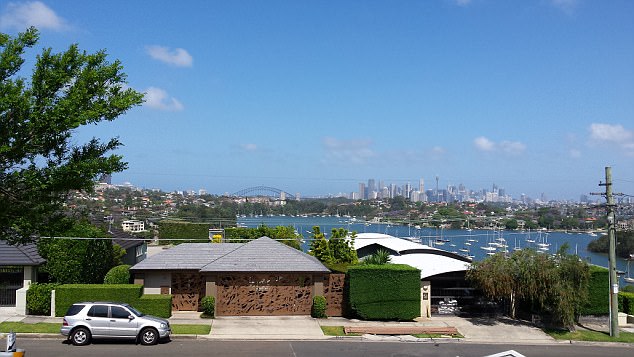 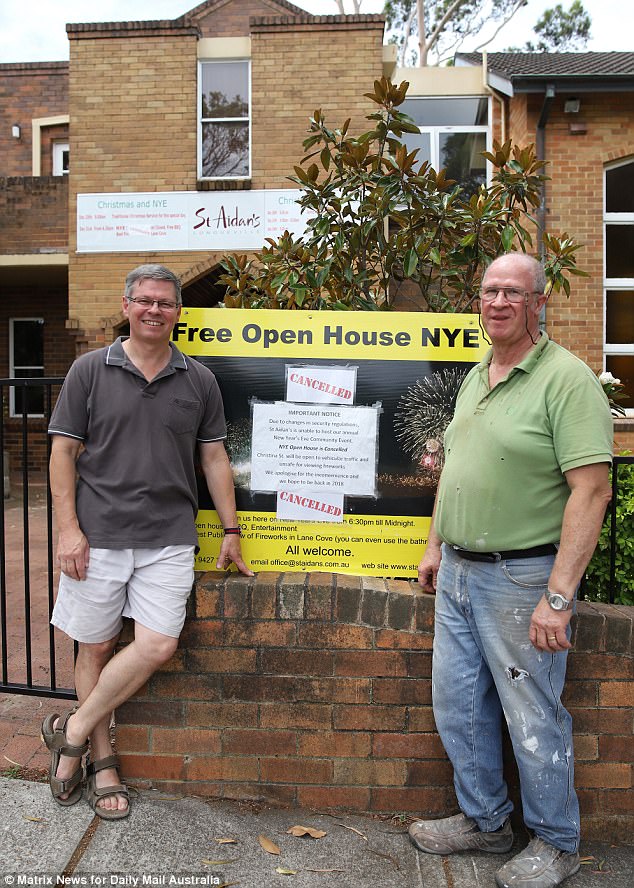 Families from across Sydney and out to the Blue Mountains would travel to get the best vantage point for the 9pm and midnight fireworks, as nearby wealthy residents hosted their friends in $8 million waterfront mansions overlooking the Lane Cove River.

Spectators young and old would gather, eating sausages and listening to live music, as they enjoyed panoramic views of the Harbour and Anzac bridges, as five simultaneous fireworks displays coloured the night sky.

Elderly church volunteers in fluoro vests would stand in front of makeshift plastic road barriers directing traffic away from the crowd.

The mowing down of pedestrians in Melbourne’s Bourke Street Mall in January, which killed six people and injured 30 others, has changed the way people can enjoy the traditional Sydney Habour fireworks extravaganza. 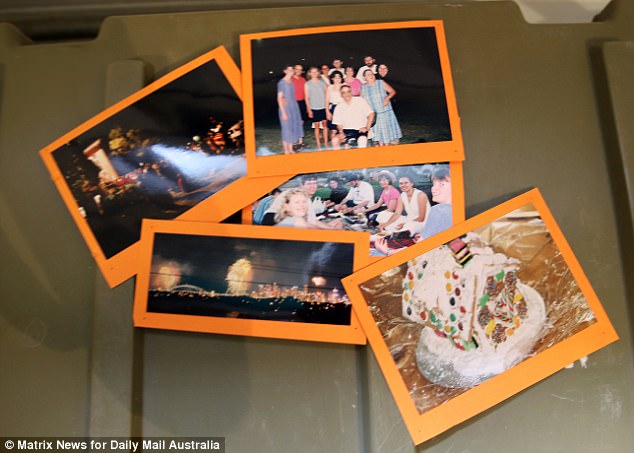 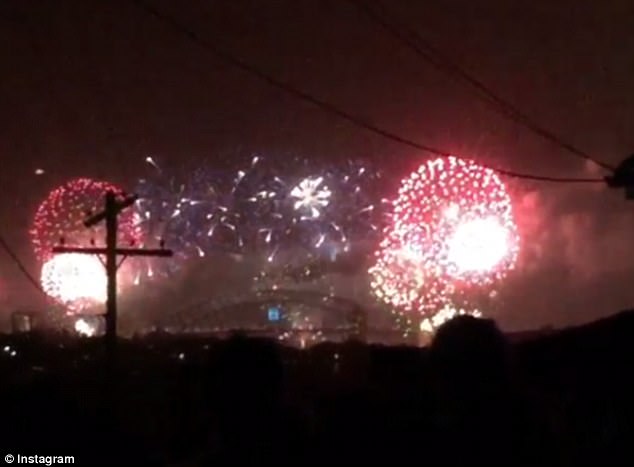 In early December, three weeks before a car again ploughed into pedestrians in downtown Melbourne, injuring 20 people, St Aidan’s announced it would have to cancel its traditional New Year’s Eve outdoor party.

For the first time in 19 years, there won’t be festivities spilling out from the church lawns on to the street.

‘We just couldn’t do it,’ he told Daily Mail Australia on Thursday afternoon.

‘There’s no way we would have found the traffic management company to put it all together.’ 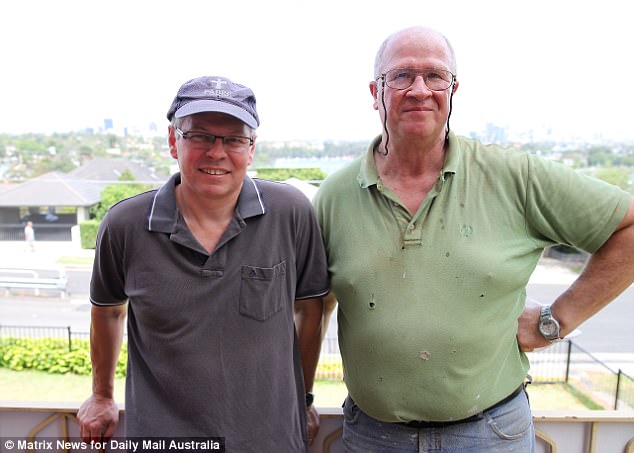 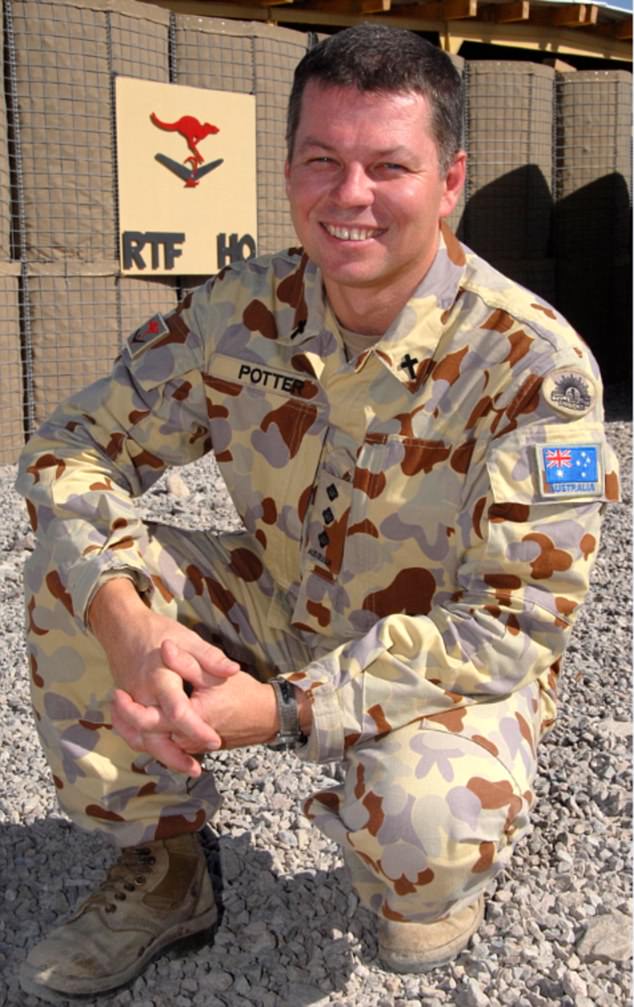 Craig Potter, who served as an Australian Defence Force chaplain in Afghanistan in 2007, said it was ‘evil’ how Islamist extremists had forced the cancellation of joyful events

Mr Potter, an ordained minister since 1992, said the church had no choice but to cancel its New Year’s Eve street party so it wouldn’t be held liable for the actions of a terrorist maniac.

Families, this year, won’t be able to sit on a picnic blanket and hear a live performance of popular songs after a police intelligence briefing suggested the risk to safety was high.

Mr Potter, a former solider who has previously served as an Australian Defence Force chaplain in Afghanistan, said it was ‘evil’ how Islamist extremists had robbed people of their New Year’s Eve joy.

‘One of the joys of multiculturalism is that we come from different world views and live together but, of course, for some that seems to be an undoable sort of thing, an unreasonable thing,’ he said. 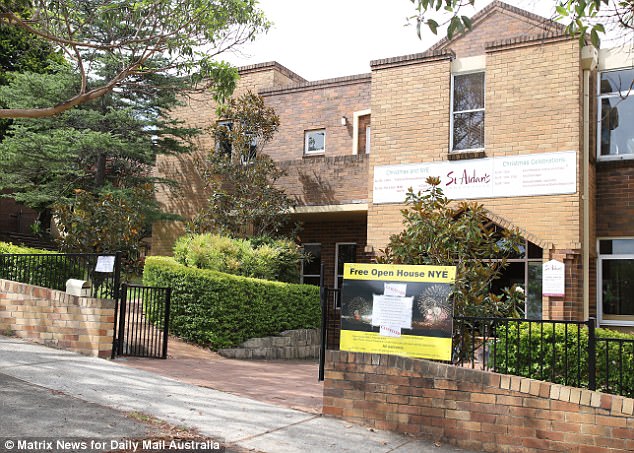 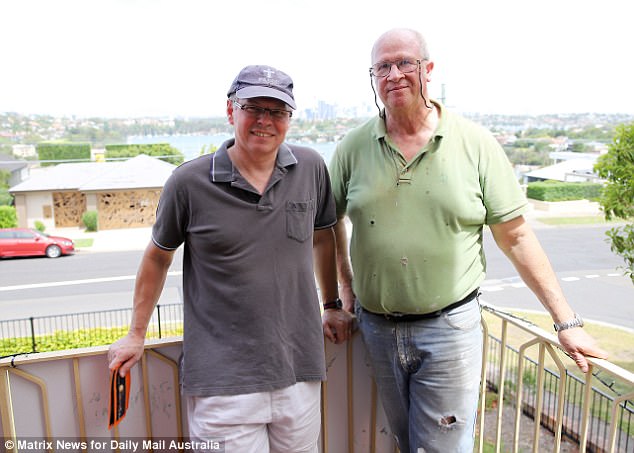 ‘And they try and change the under-girding of our society, which is a shame.

Mick Bates, a church parishioner since 1968 who heads St Aidan’s ministry events committee, said the church didn’t like the idea of charging spectators a cover charge to pay for the cost of high security.

However, he said the public was welcome to watch the fireworks on the church lawn, minus the entertainment, as St Aidan’s hosts a private party for its congregation.

‘We’re not going to stop them coming on to the property to have a picnic,’ Mr Bates said.

‘They’re welcome to do that. We just can’t run a festival. We’re still going to open the toilet.’ 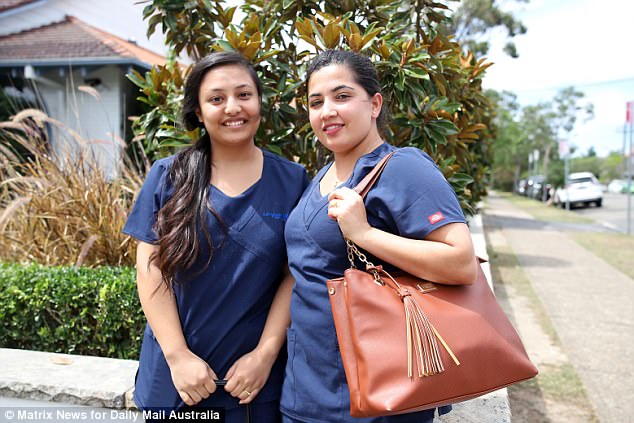 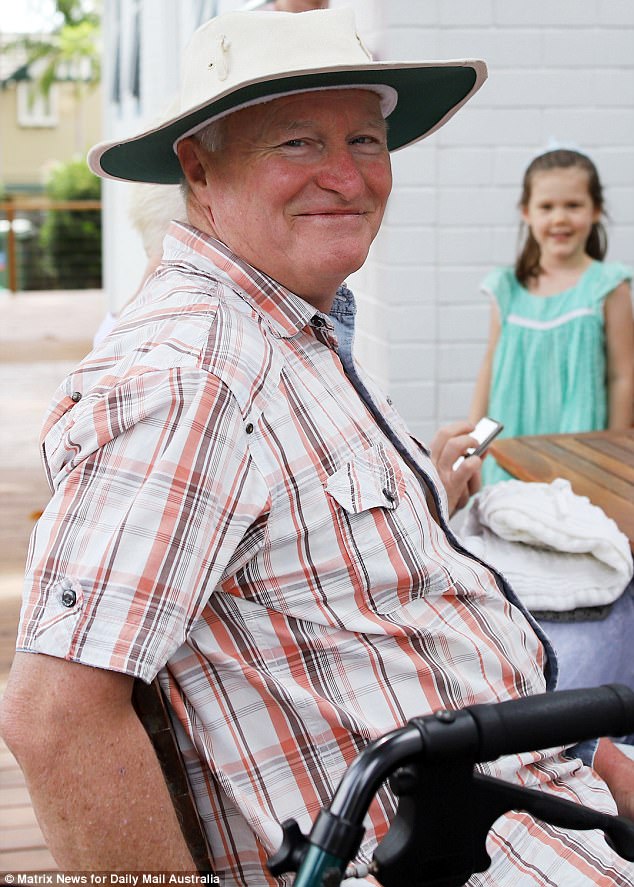 Peter Larkin, who was visiting a loved one in Longueville Private Hospital, said the street party cancellation was a ‘great pity’ 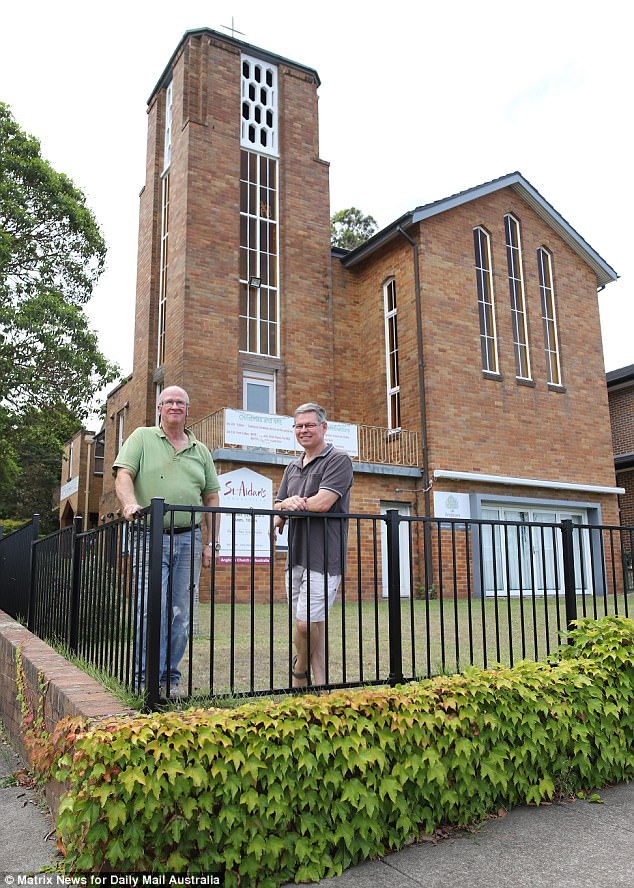 Nurses from Longueville Private Hospital, a block away, are upset their patients in wheelchairs won’t be able to enjoy a New Year’s Eve street party this year.

Peter Larkin, who was visiting a loved one at the hospital, described the street party cancellation as ‘a great pity’.

A nearby resident, who declined to be named, said the cancellation of the annual church street party was a victory for the terrorists. 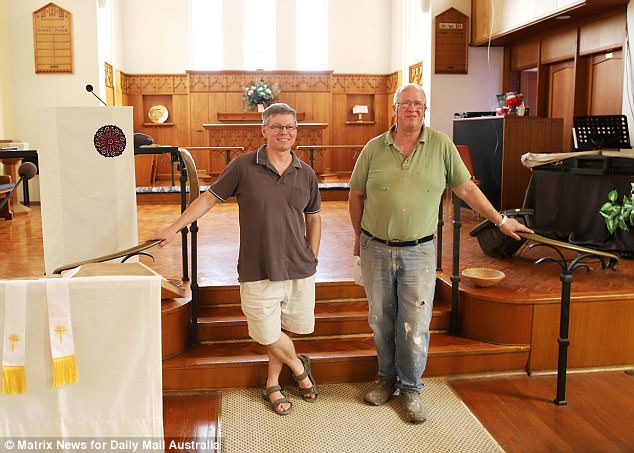 ‘It’s just really disappointing,’ he said. ‘It’s almost as if the terrorists win.’

A woman, who has lived in a nearby street for 40 years with her husband, said it was ‘sad’.

‘It was a nice family thing. The world we live in has changed. It’s a little bit sad that it’s come to that,’ she said. ‘We don’t like to stop living but we have to.’

Mr Potter said corporate sponsorship or crowd funding was the only way the 117-year-old St Aidan’s church could revive in 2018 its annual street party which started at the end of the 20th century.