A hoarder lived alongside the corpse of a drug addict he shot for 15 years, an inquest has found.

Shane John Snellman, 39, broke into the home of Bruce Roberts, then 46, in October 2002 in Greenwich in Sydney’s north shore, it was heard at the NSW Coroner’s Court on Thursday.

Deputy state coroner Derek Lee said the most likely scenario was Mr Snellman had died of a gunshot wound to his clavicle after breaking into Mr Roberts’ home.

However his mummified body, which had been rolled up in a rug, wasn’t found until May 2018 by cleaners – a year after Mr Roberts died from an apparent heart attack.

As many as 70 bottles of air freshener had been left to cover the stench of the rotting body which was kept slumped up against a wall in a bedroom at the home.

Shane John Snellman, 39, (pictured) died in October, 2002 after he broke into the home of Bruce Roberts, then 46, in Greenwich in Sydney’s north shore

When police later searched the house, among the huge piles of debris and rubbish hoarded over the years Mr Roberts lived there, they found illegal firearms and piles of ammunition.

Mr Snellman and Mr Roberts were described as ‘strangers’ but family members denied this during the inquest on Thursday.

‘He never broke into that house. He already knew him (Roberts),’ a sister of Mr Snellman shouted out, news.com.au reported.

Another niece of Mr Snellman said she believed both men knew each other while his nephew added there would never be any ‘closure’.

Meanwhile, a cousin of Mr Roberts described him as a bit of a ‘loner’, ‘strange’ and a ‘recluse’.

Mr Snellman’s sister, Tracy Trudgitt, had earlier said she ‘fell to the floor’ when she heard her long-lost big brother had died.

‘I’m still in shock. I can’t believe this has happened,’ Ms Trudgitt told The Australian.

She had last seen her brother on a visit to jail ten years earlier.

Mr Snellman’s father John described his son as a ‘good boy’ with a rebellious streak which often led to trouble with the police.

‘He would work at different stages and we had him with us for a while but then he would get the wanders and away he would go,’ Mr Snellman said.

About 15 years ago Mr Snellman searched jails for his son after he went missing but was unable to find him. 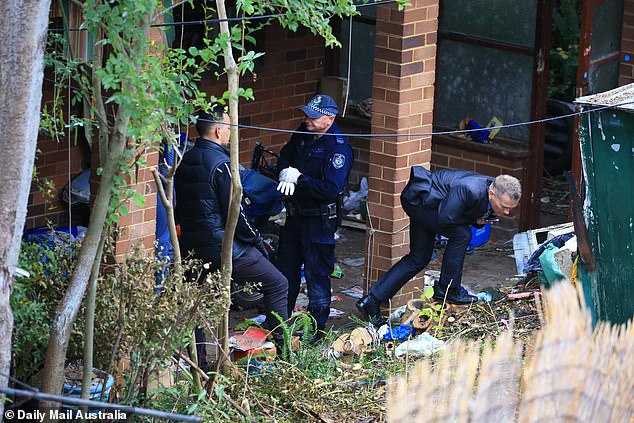 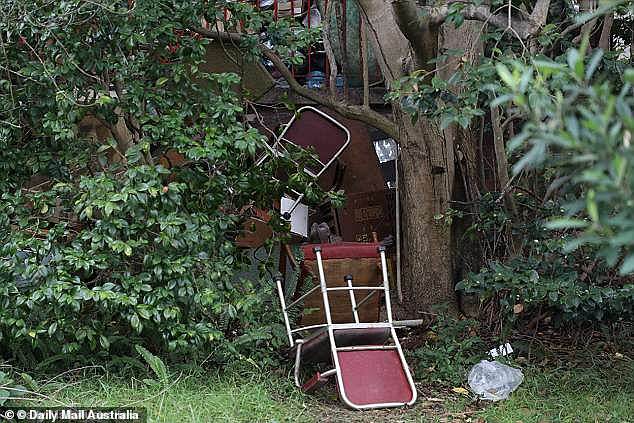 Mr Snellman had turned to a life of drugs at the age of 15 having been acquitted of the murder of a homeless man.

He’d spent time moving around boys’ homes as a child and spent a year behind bars between 2001 and 2002 for drug supply charges.

He had been estranged from his family in the years before his death but they said he had ‘never been forgotten’.

At the time of his death amphetamines, buprenorphine and methamphetamine were found in his system.

Mr Snellman had just 66 cents in his bank account at the time he was shot, the court heard.

Mr Roberts was found dead slumped over a heater in 2017 at the age of 60 after neighbours called police when they realised they hadn’t’ seen him in weeks.

His body was severely damaged because the heater was still on at the time he was found.

The home in which both men were found dead was sold in 2018 for $2million after it was demolished. 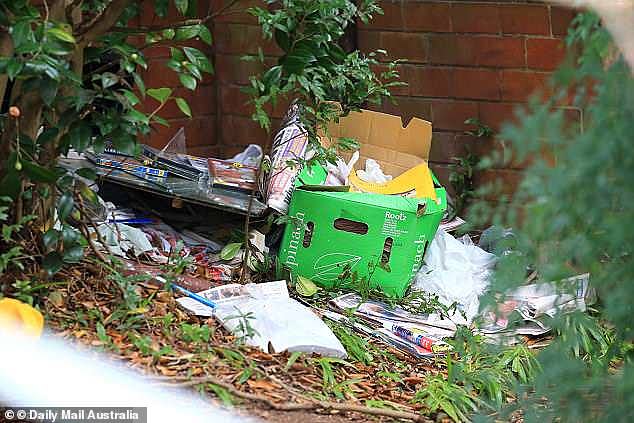 The 617sqm house was fully redeveloped when it hit the market for $2.25million.

Listing agent Karl Ferguson from McGrath earlier told Daily Mail Australia the hoarding damage had been so severe the house ‘could not be salvaged’.

Mr Ferguson said local residents were happy to be rid of the hoarder house.

He explained: ‘We had a lot of neighbours who were excited to see the home demolished.

‘We had dozens of calls asking what was going on, because there’s still a lot of interest around that block and the history with it.’

Mr Ferguson said he felt confident its grim past would not hinder the property from being purchased.

‘The fact that this property had some history behind it has certainly meant that there’s a lot of extra interest,’ he said.

A specialist team were called in to remove the rubbish from the home that filled each room from floor to ceiling.

Workers estimated the cleaning effort took three weeks and cleared ’30 to 40 truckloads’ worth of rubbish.