Sydney kicks off New Year’s Eve celebrations with spectacular family-friendly firework show – but the best is yet to come!

Sydney’s countdown to 2019 is well and truly underway with the first of two New Year’s Eve fireworks displays lighting up the harbour city.

As the clock struck 9pm on Monday, Sydney’s traditional family-friendly fireworks spectacle turned the city’s gloomy skies into a kaleidoscope of colour.

Rain had drenched the more than one million revellers who packed the harbour foreshore just before 7pm but cleared in time for the display. 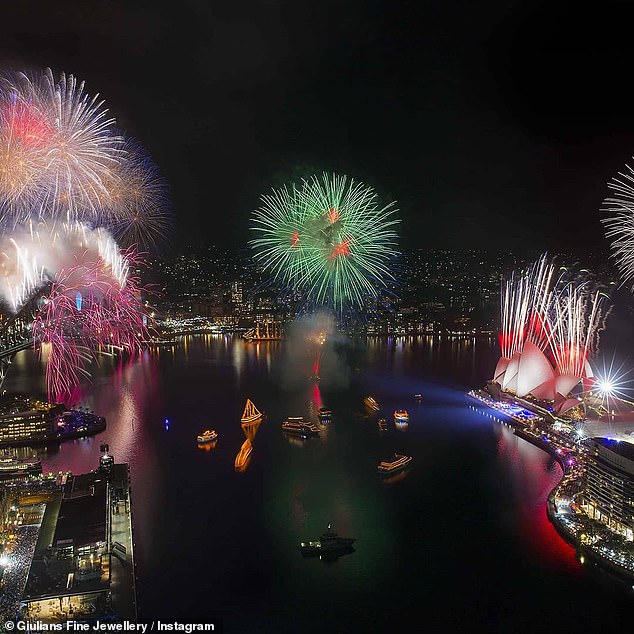 Revellers were forced to put up umbrellas and clad themselves in rain ponchos as the CBD battled showers and thunder.

Peach and lime fireworks made their appearance for the first time during the eight-minute long extravaganza and there was also a special design from a 12-year-old student from South Australia.

Dhrithi won the ABC’s design your own firework competition, with a jewel of the sea blue firework which included a glittering white centre.

Fireworks erupted over the harbour, from the east to the west of the harbour bridge. 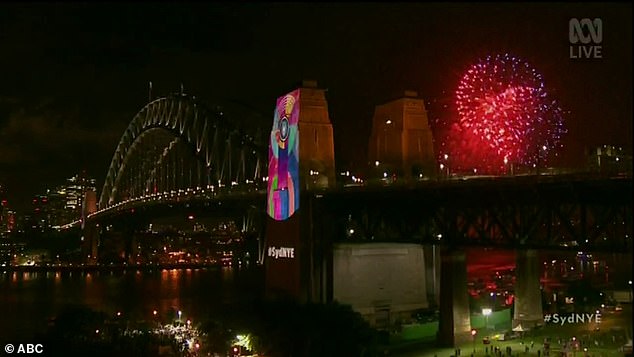 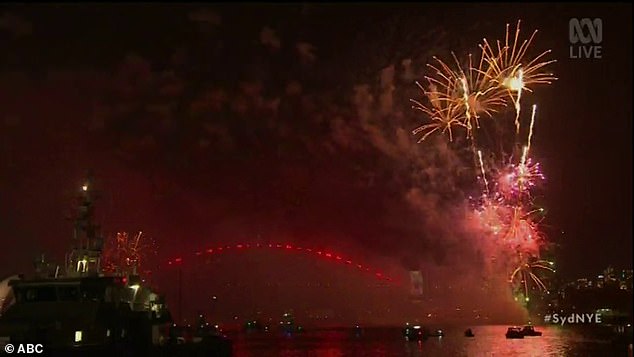 Some 100,000 individual pyrotechnic effects will be launched above Sydney Harbour, set to the theme of ‘Pulse of Sydney’.

The theme is inspired by the city’s multicultural community.

There will be spherical fireworks inspired by Saturn and gold and silver firework cascades, in a tribute to Aretha Franklin.

But it not just the fireworks which will colour the night sky – a stunning light show is set to unfold, with the Harbour Bridge, Opera House and several vessels on the harbour illuminated.

Sydney New Year’s Eve lighting designer Ziggy Zeigler said ‘the lights are all about keeping it fun and vibrant, not something over the top’.

‘They’ll be moving from one side of the bridge to the other, to use the bridge’s full shape,’ he said.

‘Each year we try to see how far we can go and we’ve been thinking about this new effect for some years.’

An estimated one billion people across the globe will watch the spectacle unfold.