A Sydney man has been charged after allegedly fighting for an al-Qaeda-linked Syrian terrorist group ‘for months at a time’ in 2012 and 2013.

The 44-year-old is due to face Parramatta Bail Court on Saturday after tactical police arrested him in a car park in Mount Lewis on Friday.

He faces a dozen charges including two counts of engaging in hostile activity in a foreign state and seven counts of publishing false or misleading material to obtain property. 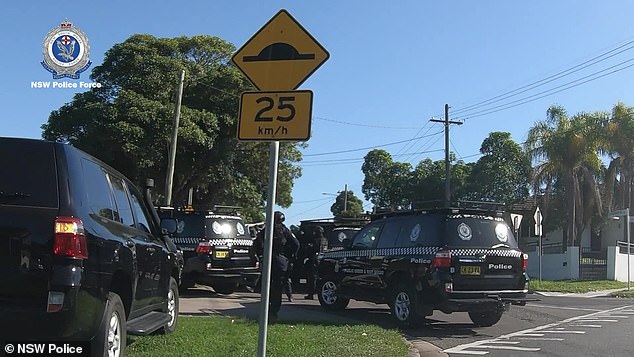 A convey of vehicles from the NSW Joint Counter Terrorism Team (JCTT) descended on the carpark around 9.40am

Police allege the man travelled to Syria in 2012 and 2013 to fight ‘for months at a time’ with the terrorist organisation Jabhat Fatah al-Sham.

The Syria-based Sunni Islamist extremist group, previously known as Jabhat al-Nusra and the Al-Nusra Front, adheres to a violent extremist ideology and retains links to al-Qaeda, according to the Australian National Security website.

The Australian-Jordanian citizen also faces fraud charges related to alleged involvement in the supply and purchase of illicit tobacco, as well as actual and attempted credit card fraud.

He was taken to Liverpool Hospital on Friday after sustaining minor injuries during his arrest, before being returned to Bankstown Police Station.

Australian Federal Police counter-terrorism Acting Commander Mark McIntyre said on Friday the Punchbowl man had been known and of interest to authorities ‘for some time’. 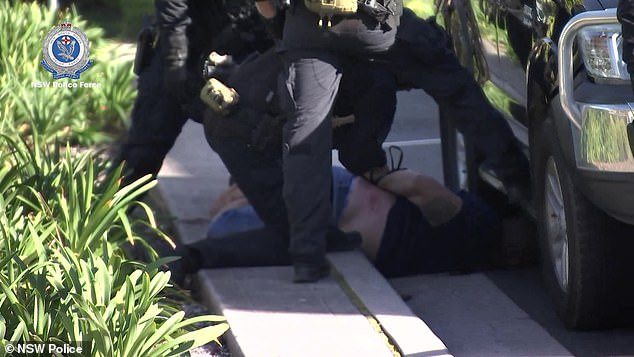 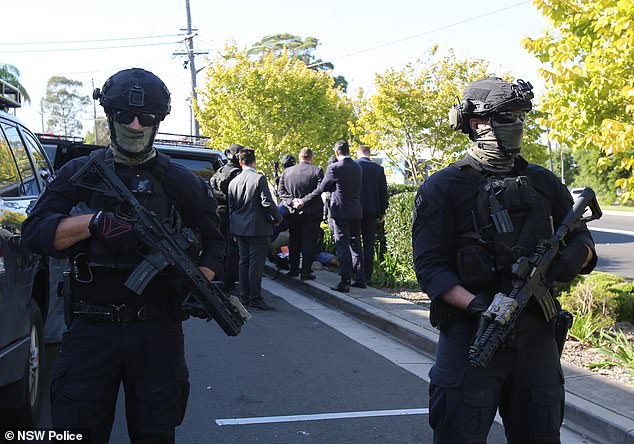 He said an operation was launched in conjunction with NSW Police and domestic spy agency ASIO in 2019.

‘There’s nothing to indicate that he currently possesses an extremist ideology – that’s not to say that wasn’t the case in 2012 (or) 2013,’ Mr McIntyre told reporters.

The AFP acting commander told reporters Jabhat al-Nusra was the ‘precursor’ to ISIS. 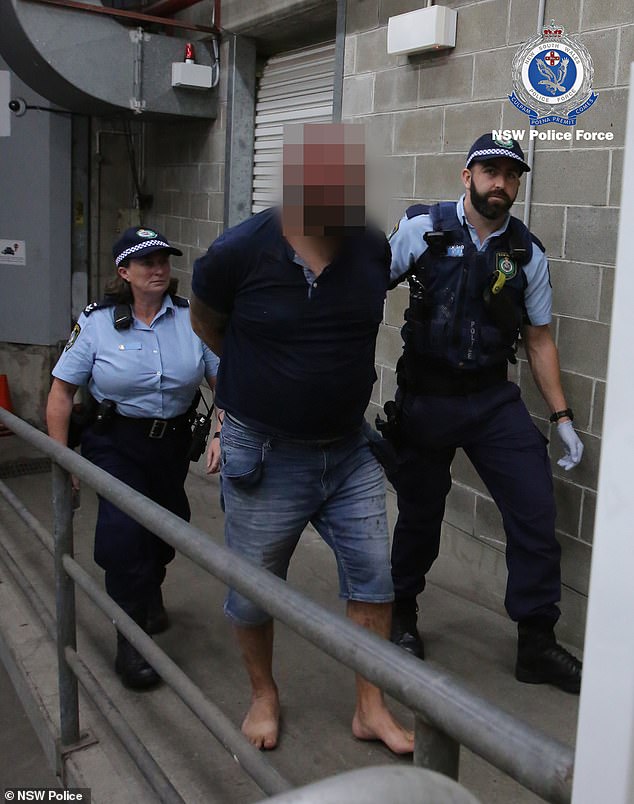