A freezing cold snap is gripping the southeastern states, with temperatures plummeting and icy winds making it feel like winter.

Daytime temperatures are expected to stay significantly below average through to Saturday, particularly in Tasmania, the southern and mountain areas of Victoria and parts of the NSW coast.

A cold snap  is gripping the southeastern states, with temperatures plummeting and icy winds making it feel like winter

‘The message to you over the southeast of the country is, ‘I’m sorry, summer is not here just yet’,’ Sky News meteorologist Alison Osborne said.

Frosty mornings are likely in parts of the NSW ranges into the weekend.

The cold snap is driven by multiple weather systems interacting to create persistent southerly winds over the southeast.

While most parts of the region will stay cool over the weekend, good news is on its way, as warmer weather is likely to arrive by early to mid-next week.

It comes after Melbourne recorded its coldest summer day in 16 years on Thursday.

The maximum temperature of 15.8C in Melbourne was the lowest on record for summer since 2006, while the mercury dipped to -5.4C on Mt Hotham for the state’s coldest summer day. 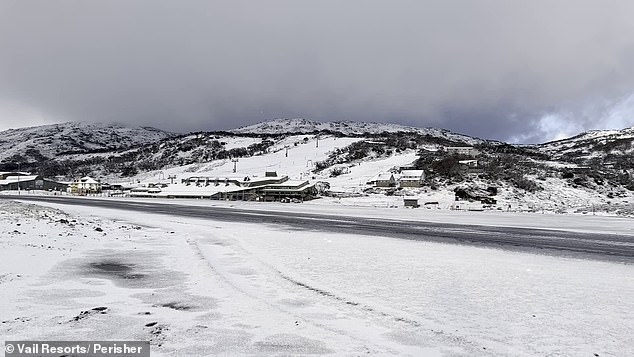 Persistent southerly winds and a sweeping low-pressure system meant four capital cities had minimum temperatures below 10C, including Canberra, where residents had to contend with temperatures as low as 1C early Thursday morning.

Frost featured throughout the ACT as well as the Victorian high country and parts of Tasmania’s Central Plateau.

Meanwhile, snow fell throughout the week across the the Alps and Tasmanian Highlands as the pulse of polar air moved in.

It may even accumulate to a depth sufficient for a summer ski.

The summer snow is supported by freezing conditions in Antarctica, with the the waters around the continent taking months to warm up after a cold winter.

This creates conditions to produce Australian snow in December.

Despite warmer weather predicted for next week, WeatherZone meteorologists say it will be cooler than the average in the coming weeks and warn that rain will strike several Australian states and territories on Christmas Day.

‘There is a fair amount of disagreement about where and how much rain will fall on December 25,’ a spokesperson told Daily Mail Australia.

‘There is too much model uncertainty to know in detail what the weather will be like in any of Australia’s capital cities on Christmas Day. However, it is currently unlikely that any capital city will exceed 40c on December 25, and some cities could be cooler-than-average.’

Australia also in the firing line for a gusty summer of ‘severe thunderstorms’.

He said these states are in line to cop both thunderstorms with cold fronts as well as individual rotating storms.

‘Either of those can produce damaging wind gusts and knock down trees and damage buildings, as well as large hail that can damage cars and smash roofs and heavy rainfall that can lead to flash flooding,’ Mr Rout said. 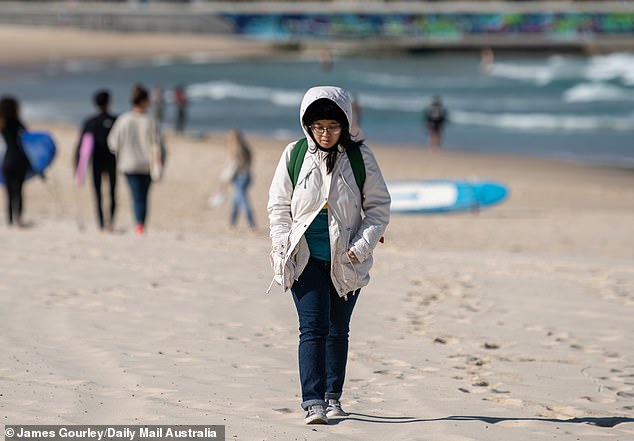 ‘They get hit by severe storms each summer so as usual, there will be some types of severe thunderstorms.’

Despite the prediction for the populous east coast states, forecasters believe another part of Australia will experience more storms over summer due to a monsoon.

‘Northern Australia will get the most thunderstorms I think – the Kimberley region of Western Australia, the top end of the Northern Territory and northern Queensland,’ Mr Rout said.

The wet season underway in the north will bring severe thunderstorms, heavy rainfall and tropical cyclones over the oceans, Mr Rout added.

The climate in South Australia and in the southern parts of Western Australia presents a different picture over summer as there is generally not enough moisture in the air to create severe thunderstorms.

‘If they can get moisture they can produce storms – there are thunderstorms over Western Australia at the moment, they are not severe – they are more isolated as well,’ he said.

‘They can still be severe but less frequent [in these areas].’