A wanted man posted photos to Facebook from inside his luxury five-star hotel room with the caption ‘game over’ on the same night he allegedly attacked a woman with a sledgehammer.

Cops have issued a warrant for the arrest of 41-year-old Matthew Donaldson for attempted murder following the incident at the Primus Hotel in Pitt Street, Sydney’s CBD, on Tuesday night.

Donaldson is believed to be in the New South Wales Blue Mountains region and armed with a gun, with the public warned not to approach him but to contact Triple Zero immediately.

‘Detectives from Sydney City Police Area Command are conducting inquiries to locate him and are appealing for public assistance,’ NSW Police said in a statement.

‘Donaldson is described as being of Caucasian appearance, approximately 182cm tall, solid build, with light brown hair. It’s believed he may be in the Blue Mountains area and may be armed with a firearm.’ 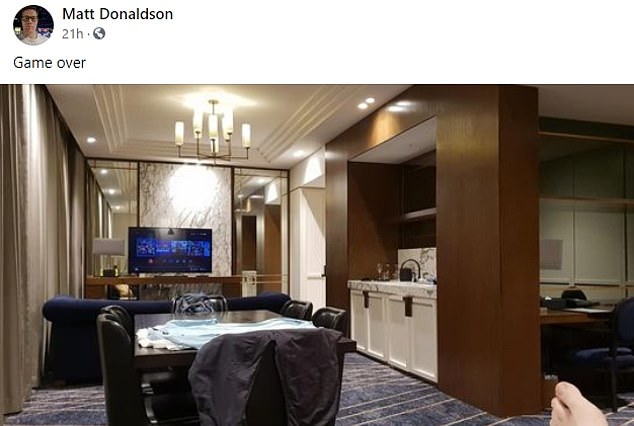 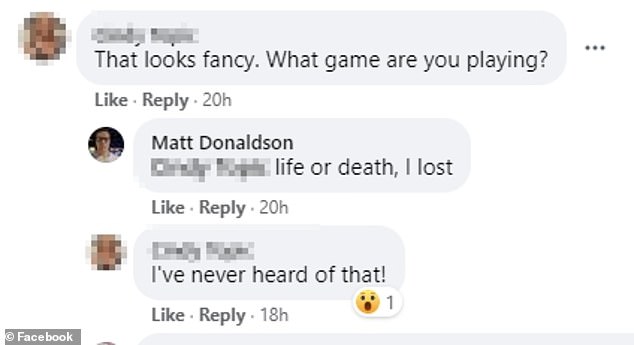 Donaldson’s post prompted a friend to comment ‘What game are you playing?’ to which he replied ‘Life or death, I lost’

Officers raided a home at Kingswood, in Sydney’s west, late on Wednesday afternoon as they continued their manhunt for Donaldson.

At 9.17pm on Tuesday night, less than two hours before police arrived at the hotel to find the seriously injured woman, Donaldson posted pictures from inside the Primus Hotel room where he had checked into for one night with the caption ‘Game over’.

When one friend commented ‘What game are you playing?’, Donaldson replied ‘Life or death, I lost’.

Donaldson’s Facebook is littered with posts about UFC and his love of video games.

Emergency services had rushed to the Primus Hotel about 11pm on Tuesday to reports a woman had been seriously injured in a hotel room.

The woman, a Belarus national aged in her early 30s, was treated for head lacerations by paramedics at the scene, where disturbing images showed the woman hooked up to a respirator before being stretchered into an ambulance.

She was rushed to the Royal Prince Alfred Hospital in a critical condition but she is understood to be now in a serious but stable condition.

Investigators say it was likely the pair had never met before the alleged attack, with Donaldson meeting the woman in the hotel foyer before taking her up to his room.

A woman was rushed to hospital after she was allegedly assaulted with a sledgehammer in a Sydney hotel room on Tuesday night. She is pictured on a stretcher being treated by paramedics 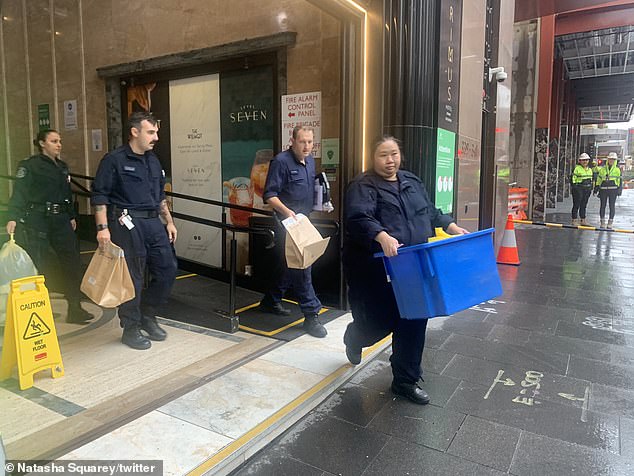 Police remained at the Primus Hotel in Pitt Street, Sydney’s CBD on Wednesday, where a woman was allegedly attacked by a sledgehammer late Tuesday. Pictured, forensic police taking away evidence

Detectives stayed at the 1930s-style hotel on Wednesday searching for clues and collecting evidence being taken away for forensic examination, with an elevator seen cordoned off with police tape.

Primus Hotel is a luxury five-star hotel where rooms cost about $300 a night. Daily Mail Australia has contacted the hotel for comment.

A worker at a construction site next door described the chaotic scene when she began her shift at 6:30am on Wednesday.

‘Everyone was talking about it,’ the traffic controller told Daily Mail Australia.

‘We heard that someone had come into the hotel with a hammer and hit a woman over the head.

‘There were police, news reporters and forensic investigators running in and out of the hotel and it was pretty much chaos at that time.’

The young woman said guests she spoke to ‘didn’t hear anything last night’ and were shocked to find out about the grisly incident.

‘It’s very scary to know that something like this can happen where you work,’ the traffic controller said. 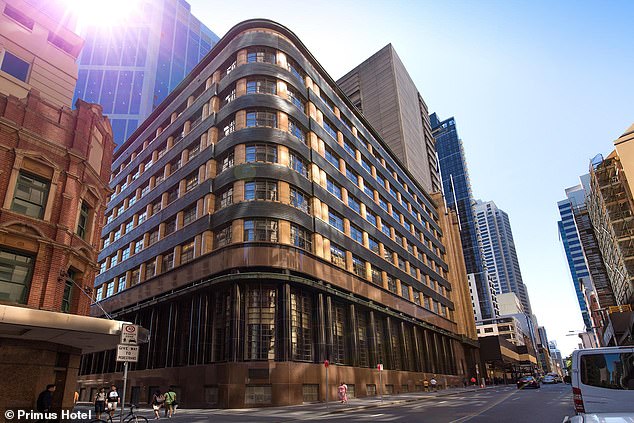 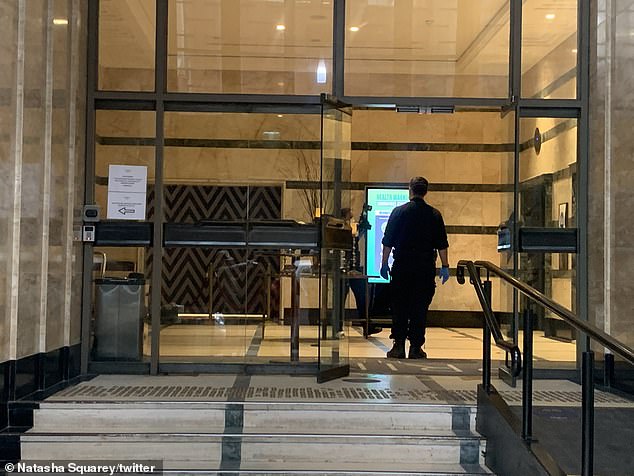 Detectives remained at the 1930s style hotel on Wednesday morning. Pictured is an officer at the Primus Hotel 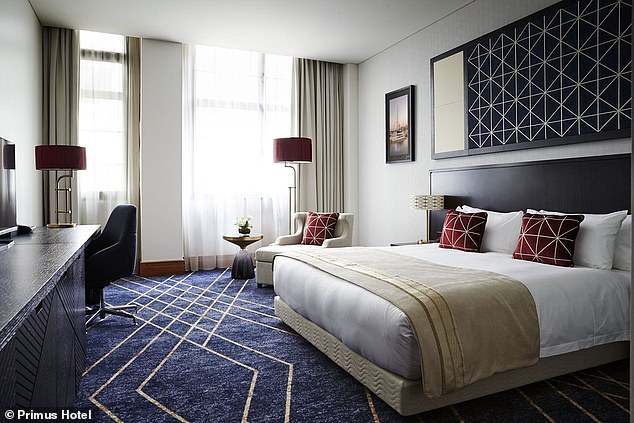 Police said the woman was found seriously injured in a hotel room. Pictured is one of the 172 rooms at the Primus Hotel

‘I’ve never experienced a scene like this, but what do you expect when you work in the city?’

A tradesman also working nearby at the same construction site on Tuesday night said he was asked by police if he had seen a man fleeing from the hotel.

‘We were told it may have been a suicide and there was a standoff with police then it all changed and police asked if we had seen anyone rush out of the hotel,’ he told The Daily Telegraph.

Inquiries into the incident continue. Police urge anyone with information to call Crime Stoppers on 1800 333 000.