A tearful radio host has urged his listeners ‘take a moment’ to enjoy life after the death of a legendary journalist who had written about his terminal illness.

US reporter Jack Thomas, 83, died on Saturday after writing about his struggles with an untreatable cancer diagnosis in July, 2021.

Sydney 2GB radio host Ben Fordham reflected on the article Mr Thomas wrote after being told he had just months to live.

‘It is a beautiful yet tragic reminder that life is rich but it’s also brief,’ Fordham told listeners through tears on Thursday.

Mr Thomas’s heartbreaking article, published in the newspaper he wrote in for more than 60 years, was a gut-wrenching look at what it means to know death is coming.

He told readers how he started his news career delivering papers at the age of 14 and made his way to the top, working as an ombudsman for the Boston Globe, which he had been reading since he was a boy.

Mr Thomas said one question that always haunted him was how do you spend the final moments of your life when you know death is on its way? 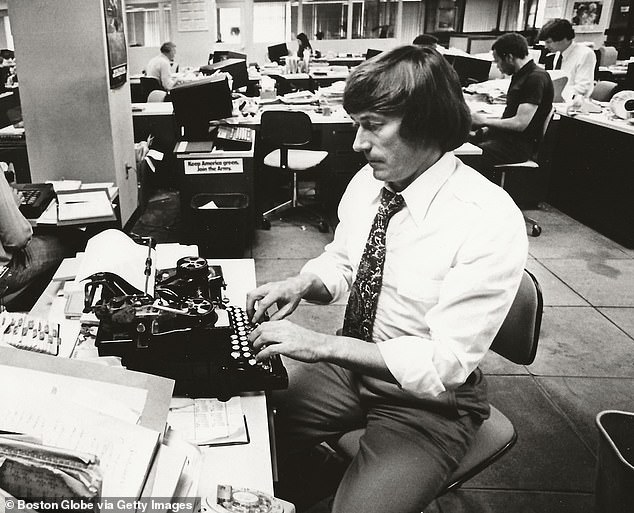 Mr Thomas (pictured working in the Boston Globe newsroom in 1979) wrote about how he worked his way from the bottom to the top, starting as a news delivery boy and ending as an ombudsman for the Boston Globe

‘As the saying goes, fate has dealt me one from the bottom of the deck, and I am now condemned to confront the question that has plagued me for years,’ he wrote in the Boston Globe last July.

He then went through a list of all the things he’ll miss the most; his wife’s smile, his children’s laughter, his favourite music and beloved rose garden.

‘My wife cries every morning, then rolls up her sleeves and handles all doctor appointments and medication. Without her… I cannot imagine,’ he wrote.

Mr Thomas told how he had been surrounded by death as a reporter but ‘not every story about death has been depressing’.

‘Editing the final details of one’s life is like editing a story for the final time. It’s the last shot an editor has at making corrections, the last rewrite before the roll of the presses.’ 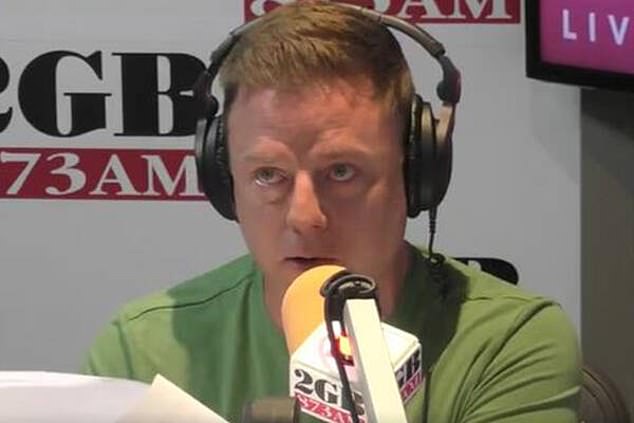 Mr Thomas wrote in his article that, at the time, he hadn’t experienced any of the pain that goes with the ‘new hell’ of cancer but had already lost nearly 20kg in just three months.

‘After decades of turning down desserts, candies, and pastries to control my weight, it now seems cruel to be pressured to eat more food for which I have less appetite,’ he said.

He wrote of his struggles with the thought of an afterlife and what it would look like, whether it would be too crowded, have strict rules or even exist at all.

‘The final months would be a lot easier if I could be assured that, after death, we’d get a chance to see people who have died already,’ he wrote.

‘After I die, I’m not expecting the world, but this business about the afterlife is more complicated than what they describe in the Bible. ‘ 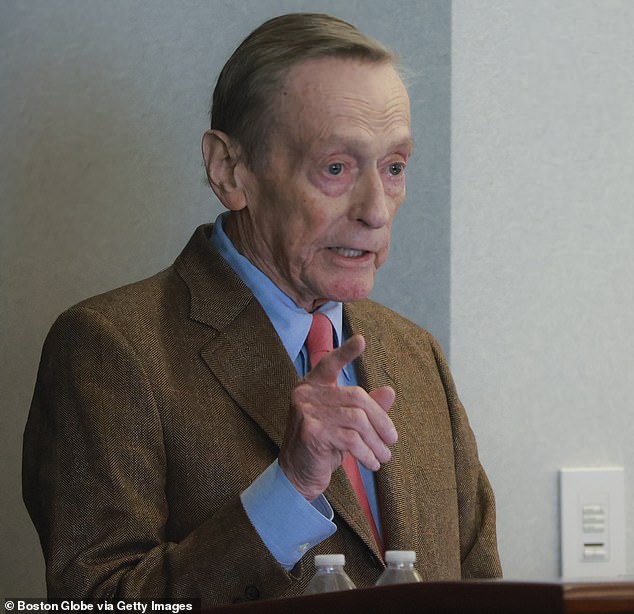 Mr Thomas (pictured in Marsh) died on Saturday at his home in Cambridge, Massachusetts

He said his impending death gave him more ‘clarity’ about the things he appreciates in life.

‘Every day, I look at my wife’s beautiful face more admiringly, and in the garden, I do stare at the long row of blue hydrangeas with more appreciation than before,’ he wrote.

‘As my life nears the finish line, the list of things I’ll miss grows.’

Above all, Mr Thomas’s article revealed that he seemed at ease with his life coming to an end; being content with his time on earth and just wishing he had more.

‘I had a loving family. I had a great job at the newspaper. I met fascinating people, and I saw myriad worldwide wonders. It’s been full of fun and laughter, too, a really good time,’ he wrote.

‘I just wish I could stay a little longer.’

Mr Thomas’s family said he died at his home in Cambridge, Massachusetts.