Behind another Matt Short masterclass, the rampant Adelaide Strikers have maintained their perfect start to the BBL season with a six-wicket win over Sydney Thunder at Adelaide Oval.

Short (65) was circumspect early on Tuesday night before exploding after the powerplay to pilot the ladder-leading Strikers past the Thunder’s 5-150 with eight deliveries to spare, and to a 3-0 record.

After the early departure of Jake Weatherald (seven), Short, this season’s leading runscorer, opened his shoulders and bludgeoned five sixes in his scintillating 44-ball knock. 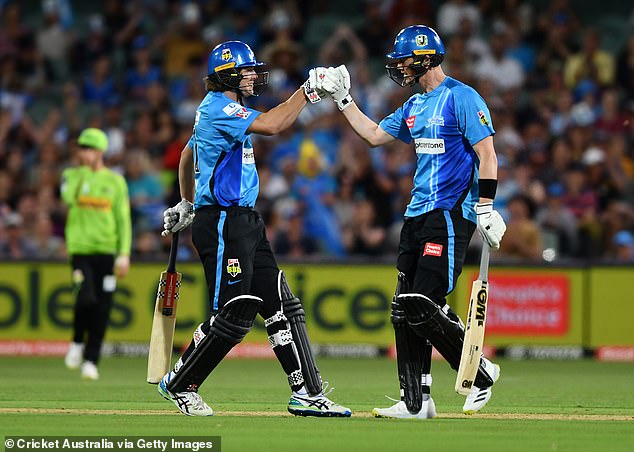 Short, who also was miserly with the ball (0-13 off three overs), took a liking to Daniel Sams’ offerings and dominated an 83-run, second-wicket union with Chris Lynn (28), who was cast in the unlikely role of second fiddle.

Both men fell to superb yorkers from left-arm pacer Nathan McAndrew (2-25), Lynn’s castle disturbed and Short trapped in front, before English import Adam Hose (28no) came in and applied the finishing touches.

Earlier, the Strikers bowlers put their team in a strong position after recovering from an early Alex Hales onslaught.

The English master blaster top-scored with 68 but was kept in relative check after crunching 36 of the Thunder’s 39 powerplay runs. 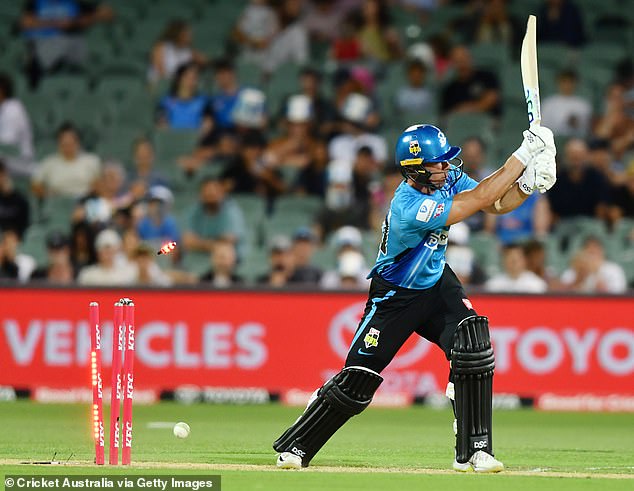 Chris Lynn put up an 83-run, second-wicket partnership with Short before being bowled 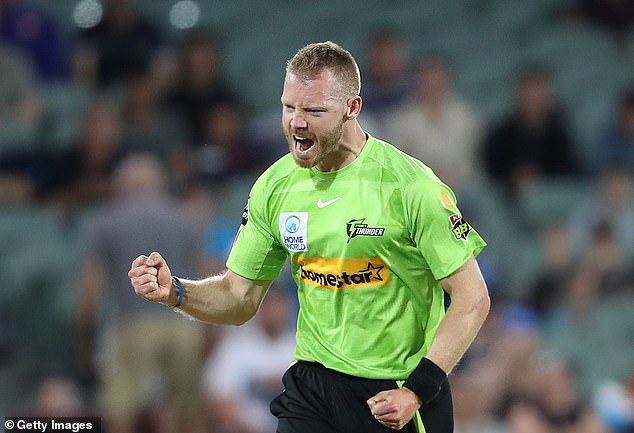 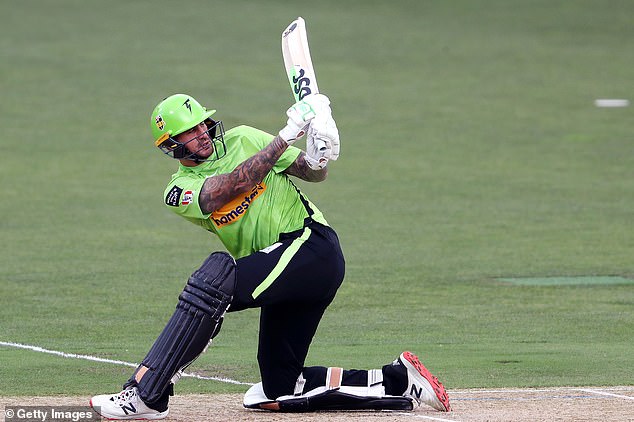 The Adelaide crowd broke into a round of applause in the third over when the Thunder’s score went past the T20 world record low 15 that they embarrassingly posted against the Strikers on Friday night.

Hales put on 63 for the third wicket with young Ollie Davies (42) before both succumbed to de Grandhomme (2-25).

The Thunder, whose win-loss record fell to 1-3, were eyeing off 180-plus after reaching 2-79 at the halfway stage before being restricted to 3-71, including just three boundaries, in the last 10 overs.

Friday’s destroyer Henry Thornton captured 2-19 to take his season tally to 11 wickets at a phenomenal 3.82 average.