Sydney to swelter through hottest September day in 3 years

Sydney is set to swelter through the hottest September day in three years as warmer weather spreads across Australia.

The city is forecast to reach highs of 32C on Wednesday, the warmest day for Sydneysiders since February.

But windy conditions mean it’s the first day of the season with total fire bans in place across large swathes of NSW.

Sydney is set to swelter through the hottest September day in three years on Wednesday. Above, a man at Bondi Beach on Tuesday

‘But today is also going to quite windy as well, so there’s a fire ban in four regions of NSW.’

However, Mr Sharp adds that Wednesday’s warmer weather is a ‘one-off’ and temperatures will cool significantly by Thursday.

‘Tomorrow is going to be 14 degrees cooler than today, so a maximum of 18C,’ he said.

‘Today’s a one-off for Sydney, and we will experience a cooling change this evening.’

The hot and windy conditions are keeping firefighters on alert with total fire bans are in place across large swathes of northern and eastern NSW. 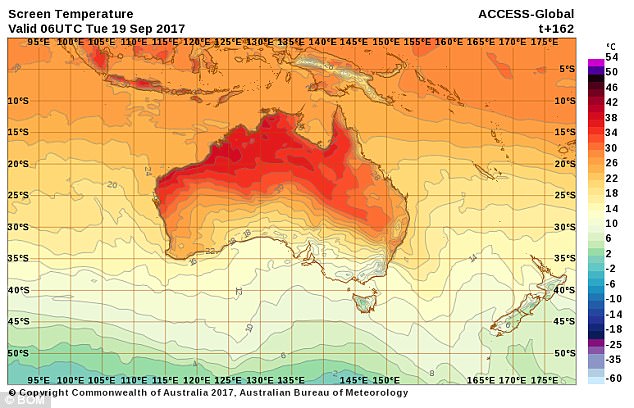 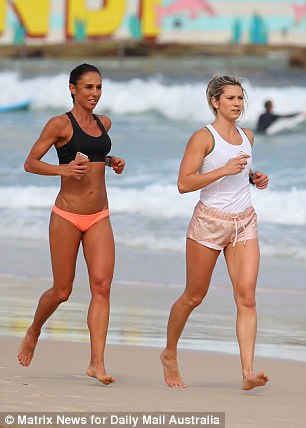 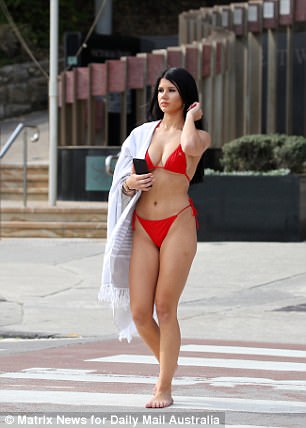 ‘More than 70 fires are burning across the state, with 20 of them uncontained, and we will be monitoring all of them,’ Insp Shepherd said.

More than 100 firefighters fought a fire in Sydney’s northern suburb of Beacon Hill on Tuesday afternoon and hope to strengthen containment lines ahead of Wednesday.

The fire threatened dozens of properties but crews managed to keep it at bay with the help of water-bombing aircraft. 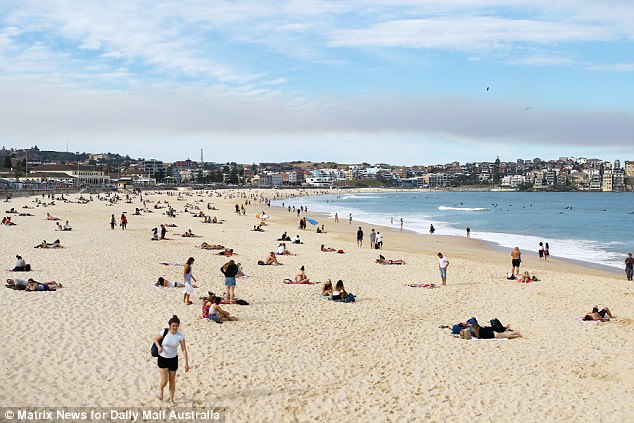 A very high or severe fire rating is in place for much of the state as high temperatures and gusty winds make for high-risk conditions.

The mercury is expected to reach 34C in Ipswich on Wednesday, eight degrees above the September average. 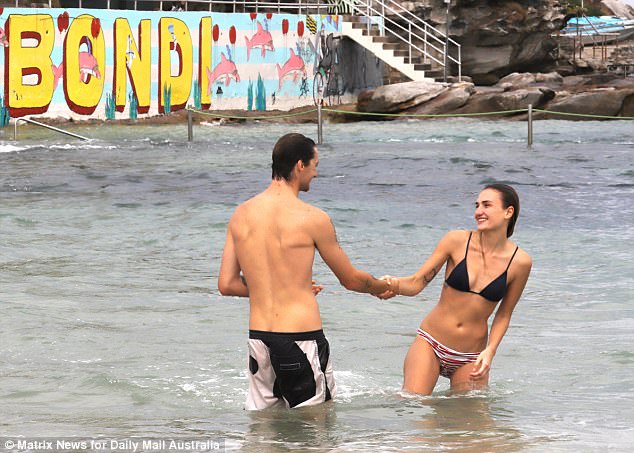 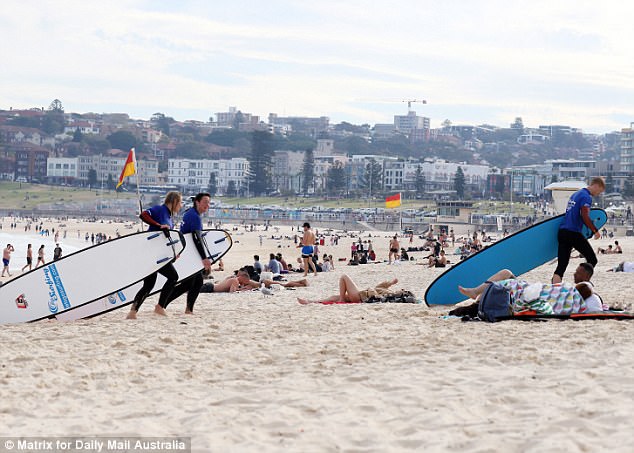 Mr Haig said it was being compounded by widespread vegetation growth earlier in the year, which had since dried out.

‘There’s a lot of fuel around and then we’re also getting very dry conditions,’ he told AAP.

The Bureau of Meteorology’s fire danger rating shows about half of Queensland will be on a very high or severe alert on Wednesday.

That is expected to increase on Thursday, with much of the state on a very high or severe alert and the rest on high.