Sydney tradesmen confess the things they cannot STAND from clients

Fed up tradesmen have revealed the biggest gripes they have about their clients, ranging from asking ‘stupid’ questions to telling them how they should do their job.

In a radio segment on The Kyle & Jackie O Show on KIISFM, Marty – who works as a gyprocker – listed his infuriating pet peeves.

‘I’ve got to say 99 per cent of time, the clients are great and nice. You walk through their house and they’re like “do what you want, we won’t bother you,’ he said.

But there’s the one per cent of clients who get on his nerves, especially those who call him up demanding a quote without providing any details.

Fed up tradesmen have revealed the biggest gripes they have about their clients, ranging from asking ‘stupid’ questions to telling them how they should do their job (stock image)

What are you guilty of?

‘Firstly if somebody is calling up a tradie and they need something done, don’t call and ask “hey mate, what do you charge?” because it’s such a broad question and it’s so annoying. “What do you charge?” can mean a million things,’ Marty said.

‘If someone calls and asks me “mate we need to put up this wall, what do you charge?” I go “hang on a second, where do you live?”.

Kyle intervened, asking whether tradies charge Sydneysiders different rates based on where they live, to which Marty responded: ‘There’s a little bit of that involved, you’ve got to charge accordingly.’

‘So in the east, there’s a little saying “Double Bay, double pay”. People in the east are willing to pay for it – you do a good job, they never call you again,’ he said.

Another thing that bothers him is when a client suggests his job shouldn’t take as long as he says it’s going to be.

‘Don’t ever call me and say it’s only a half job because most of the time, it’s not. If I’m putting a coat on the wall, it needs another four coats, this needs to dry overnight, it could go on. If you think it’s going to take that long, do it yourself.’ 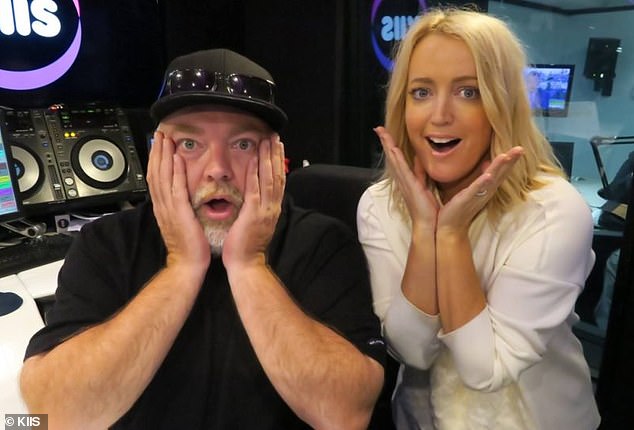 In a radio segment, KIISFM radio duo Kyle and Jackie O (pictured together), Marty – who works as a gyprocker – listed his infuriating pet peeves about working for customers

If a client books a tradie in for a job at their home, Marty said it’s your responsibility to organise a car space for them by the time they arrive.

‘Move your car out of the driveway or let us know if there’s an appropriate place to park. There’s nothing worse than rocking up at 7am and there’s nowhere to park. You want the job done, right? You want us to go in and out and be done?’ Marty said.

We are not babysitters and we’re not the entertainment for the day. We don’t want your baby crawling under us, we might have screws or nails, it’s dangerous.

Another thing he can’t stand is having a client watch him while he’s working.

‘Don’t silently stare at us while we’re working on your home. It’s really awkward. And don’t ask “is that supposed to be like that?” “Hang on Karen, the job isn’t even done yet”. You can swing by and check up on us but don’t stand there,’ he said.

Marty said clients should always ‘lock up’ their pets and children before they arrive.

‘We are not babysitters and we’re not the entertainment for the day. We don’t want your baby crawling under us, we might have screws or nails, it’s dangerous,’ he said.

‘When we step out the door to go to our truck, your dog would run out the door. Then it’s our responsibility. Please lock up your dogs.’

Ensure you ‘make an attempt’ to move your furniture or have the area clear, he said.

‘Because in our quote, we didn’t put in an option to disassemble or move your pool table in the quote. So make it as clear as possible,’ he said.

Other tradies called to to share their own gripes. 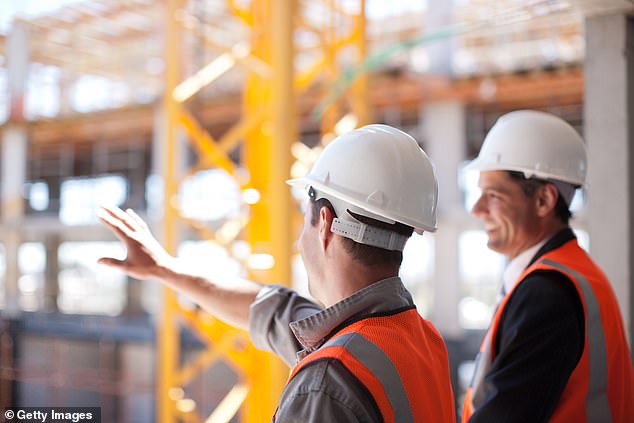 Many tradies listed their own gripes about clients, including one who had to redo an entire job after a customer changed their mind (stock image)

Josh said his biggest problem is when he has to redo an entire job after a customer changes their mind.

‘When you run through the job with a customer, you tell them the way it should be, but they proceed to tell you they don’t like the way it is, they want it this way, that way and all the rest of it,’ he said.

‘You quote appropriately then all of a sudden, you finish the job after, whether it’s a day or five days, and they say: “You know what? I think I like your way better. Can we just change it, can we just change everything you’ve done and go back to your way?”

‘I’m happy to change it, as long as you’re happy to pay for it.’

Ali, a professional lawnmower, said he gets infuriated when a customer asks “are you going to pick up that grass” while he’s in the middle of doing his job.

I rock up to a job and the husband and wife are arguing and I’m sitting there doing my job. And then they try to bring me into it. Just don’t have arguments.

Another tradie Jason said he hates it when he shows up to the job, only to leave because the couple are having a heated argument.

‘I rock up to a job and the husband and wife are arguing and I’m sitting there doing my job. And then they try to bring me into it. Just don’t have arguments,’ he said.

Cass, who works for a kitchen appliance repair company, said most of the time, the repairers show up to a home to find the client cooking on the appliance they are there to fix.

‘We’d make an appointment with someone and we’d turn up and they’d be cooking on the appliance that needs to be repaired. Take ages to cool down,’ she said.

‘A lot of the time as well they ask “what time are you coming? I need to cook my kids breakfast.” Which is fine, we’d tell you. But we give them a time, and we turn up and they’re using the whole appliance so it’s really hot so you can’t even touch.

‘Normally we cancel the appointment because it takes a while for it to cool down.’