By Aidan Wondracz and Brett Lackey For Daily Mail Australia

A woman believed she was messaging a mother when she proposed to have sex with her in front of her nine-year-old daughter.

Tiane Miller, 49, was actually speaking to child exploitation unit detectives when she sent the sickening messages in October 2021.

Miller, a transgender woman, had made the remarks while she was out on bail and facing charges over disturbing text messages she had sent to a police officer posing as a 14-year-old girl.

She was sentenced to five-and-a-half years jail after fronting Sydney Downing Centre District Court on Thursday. 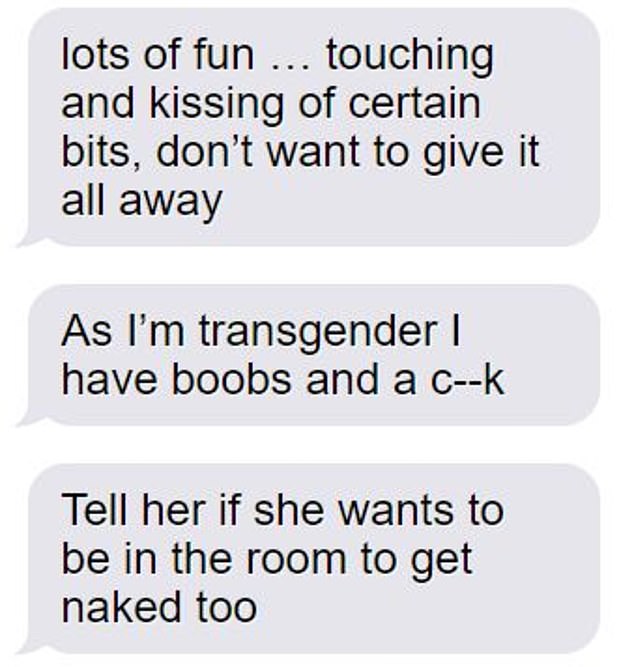 Tiane Miller, 49, was actually speaking to child exploitation unit detectives when she sent the sickening messages in October 2021 (pictured, a mock-up of the texts)

The court heard Miller had propositioned to have sex with the officer posing as the 39-year-old mother in text messages sent on the app Chatiw.

She then suggested her daughter could join in and that she could ‘get naked too’, Daily Telegraph reported.

‘Maybe you and I get naughty in front of her (the child) and then head to the bedroom,’ she wrote.

‘Tell her if she wants to be in the room to get naked too.’

The court heard Miller said she would not ‘persist’ if the child did not want to engage in the activity.

She then arranged to meet the pair at Liverpool train station on October 19 when she was arrested by police and found carrying lingerie that would fit the child.

The messages were sent three months after Miller had already tried to organise a meet-up with a 14-year-old girl in explicit messages sent in July 2021.

The court heard Miller told the undercover police officer she had ‘boobs and a c**k’ and sent a picture of her chest and penis.

She offered to pick the girl, known as 41, up from a train station.

‘We could do plenty of fun things naked and you could still be a virgin… you could try sucking it,’ she texted.

The messages continued for 20 days with Miller asking the underage girl to skip school so they could meet up. 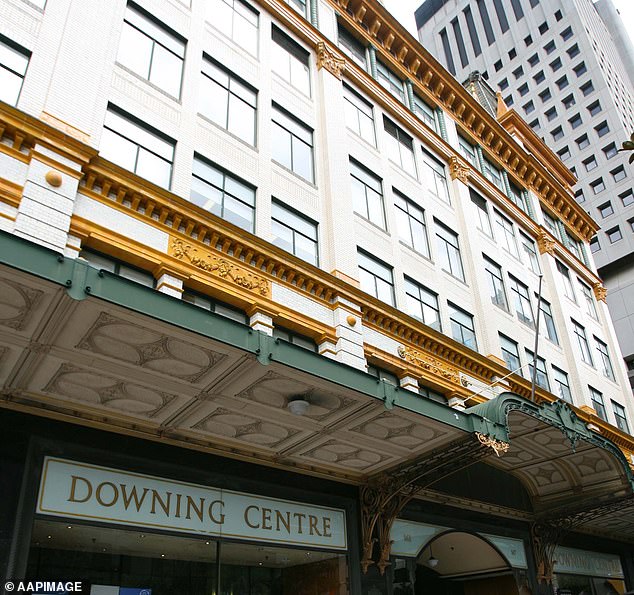 Her house was raided a month later on August 14 and her iPhone and laptop were seized by police.

Miller was arrested and then granted bail at Fairfield Court on August 15.

The court heard Miller messaged a third underage girl and asked if she could visit her house while her mother was at work.

The court heard she was on methamphetamine when the offending occurred and had been on a mental health disability pension since 2001.

She told the court she was remorseful, wanted to be a productive member of society and had been over-exposed to taboo themes online.

Judge Mark Marian said the offending had ‘depraved’ intent and expressed doubt at her remorse considering she continued while on bail.

Miller was jailed for five years and six months and will be eligible for parole on July 16, 2024.