REVEALED: Sydney’s WORST road as voted by frustrated motorists who are forced to battle through nightmare congestion during peak hour commutes

The worst roads in New South Wales for delays and congestion during peak-hour traffic have been revealed by frustrated motorists.

More than 23,000 drivers took part in the NRMA’s Rate Your Road questionnaire – the largest transport survey in the state’s history – with Sydney roads unsurprisingly featuring heavily on the worst ten list.

Congestion on the M5 at Moorebank was voted the worst with 510 votes, closely followed by Epping Road at Ryde with 474 votes.

The Pacific Highway at Coffs Harbour on the state’s mid north coast came in at third place with 439.

9. Barton Highway in the ACT

Congestion was named as the main reason for nine out of the top 10 worst roads.

Around 10,000 NSW roads received votes from 23,400 motorists, which aimed to give voters a voice in lead up to the March 23 state election.

Survey participants rated roads on a scale from very poor to excellent (rating out of 100) based on congestion, condition and safety.

NRMA spokesperson Peter Khoury said the results will help the company determine how to improve the state’s transport network.

‘In Sydney, some of the most congested roads will soon be transformed with the completion of Westconnex and NorthConnex,’ he said.

‘We expect to see very different results for Pennant Hills Road, Parramatta Road, the M5 and the Pacific Highway once these projects are completed,’ Mr Khoury said.

The top three roads in NSW with the best scores out of 100 were Old Windsor Road in the Hills district, Memorial Drive in Wollongong south of Sydney while Showground Road also in the Hills was third.

‘Delivering the roads and public transport services of the future – both on land and through our famous Sydney Harbour – is critical to NSW reaching its business and tourism potential,’ Mr Khoury said.

‘Perhaps most importantly of all, it is how we can best ensure our citizens can get home to their families safely and quickly every night.’ 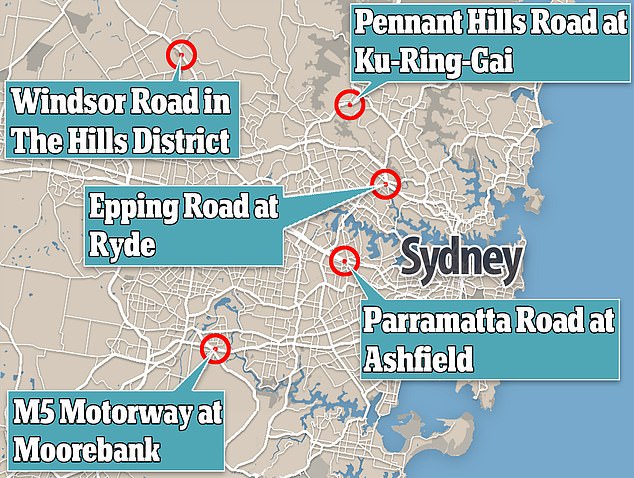 Pictured are the five worst roads in Sydney. Ranking is based on congestion and safety 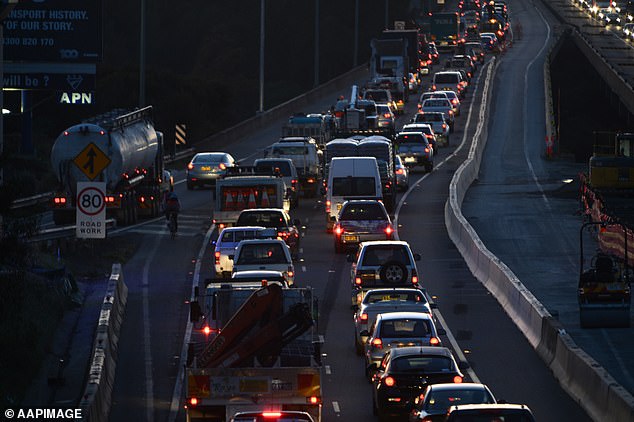 1. Old Windsor Road at the Hills

Leading transport economist told the Sydney Morning Herald that introducing a 5¢ per kilometre charge on all roads during peak hours could be a solution.

Professor David Hensher said that including this charge and eliminating all other road costs should be an option as toll roads will not be a long term fix. He also suggested halving the cost of vehicle registration.

‘Governments have been cynical about pricing reform because they think it will cost votes. They have never attempted to consider the benefit to users who are also voters,’ Professor Hensher said. 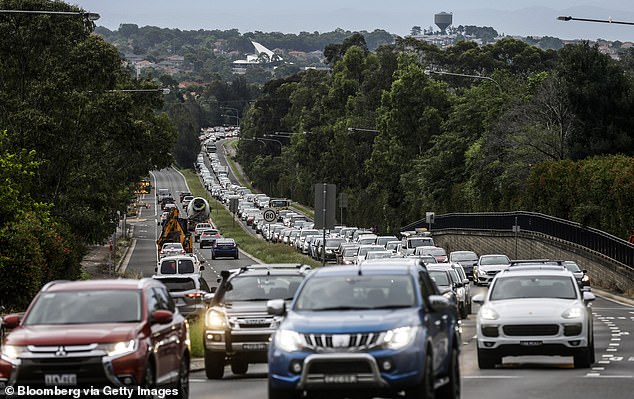