Revealed: What Sydneysiders binged on when lockdown finally lifted – with an unfashionable drink storming back to popularity and tipping soaring by 175 per cent

Sydneysiders blew out the lockdown cobwebs in style last week with a food and drink binge for the ages.

High-end cocktails – led by the most-ordered choice of an espresso martini – increased on their regular sales by more than 300 per-cent in some areas while sales of tequila-laden margaritas also hit a new per-capita high in NSW.

Beer sales, too, skyrocketed with Victoria Bitter exceeding its usual pre-lockdown sales figures by more than 12,000 per-cent last week in the biggest single increase of any booze beverage across NSW.

The next-best post-lockdown improver was the fourth-most requested drink; the Mick Fanning-founded XPA Balter which was up 150 per-cent on its usual NSW sales.

Espresso martinis were the most-ordered cocktail as Sydney escaped lockout. 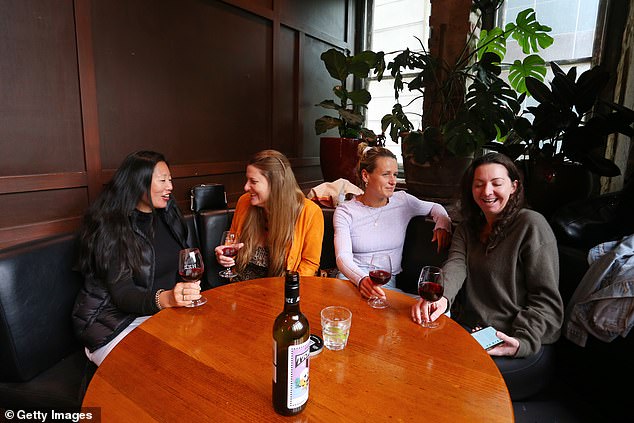 TIPPING POINt: Tipping has exploded across Sydney last week with hospo staff showered with a gratuity increase of more than 175 per-cent on regular figures.

In fact the humble ‘schnitty’ was the most-ordered dish across both regional and inner-city areas last week according to digital ordering platform me&u which collates food and drink stats from more than 700 venues across NSW.

Schnitzel sales increased by a whopping 270 per-cent compared to the last week prior to the monster lockdown which began way back on July 21.

Close behind the schnitty, a chicken Parmigiana (aka a ‘chicken parmy’) was the second-most ordered dish across NSW last week followed by hot chips, chilli-con carne nachos and salt and pepper squid.

“It was just so beautiful to see everyone out and about socialising and connecting again after 3 months of lock-down. Makes you realise how much we value a beer, a burger and great times around the table with friends and family. 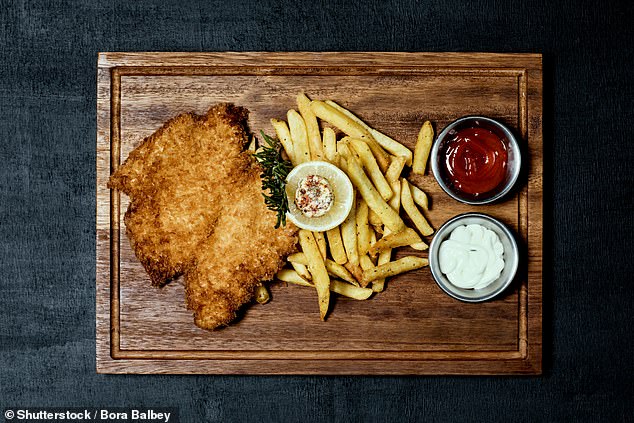 The humble schnitty: Sydney punters went wild for this pub classic on week one of freedom. 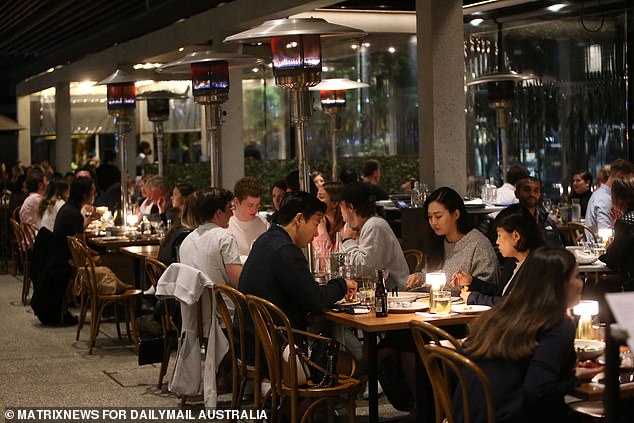 Not surprisingly, food and drink orders peaked last Friday night at 6pm while Saturday was the biggest hospitality day across the board this year with sales up 116 per-cent on the highest-previous day pre-lockdown.

And in one of the more encouraging signs to come from newly-relaxed dining restrictions, tipping exploded across Sydney last week with hospo staff showered with a gratuity increase of more than 175 per-cent on regular figures.

“Tips were up phenomenally,” Premutico said.

“So its clear that we are just so grateful to be be out and about again and this is our way of saying thanks to all the great people of hospitality for opening the doors and allowing us back in again.

“We are sick of being locked up at home on our own and we are just so grateful to be back in venues.” 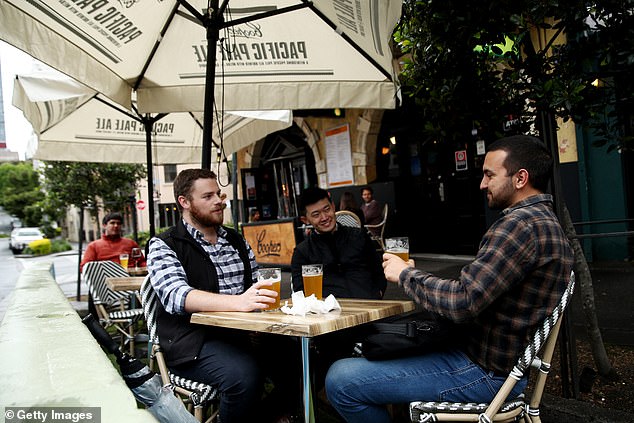 SYDNEY, AUSTRALIA – OCTOBER 19: Patrons of the Lord Roberts Hotel in Darlinghurst are seen drinking out in Sydney, Australia.

And in another major boost to the Sydney’s resurgent hospitality industry, Aussie-born food delivery platform Menulog announced a major change to its customer service operations today with 500 new jobs to be created in NSW in the next year.

Along with this, a new state-of-the-art office hub to be built at Macquarie Park which will house a variety of new employees from customer service advisors to team leadership, specialist support roles and management.

Commenting on today’s announcement, Wes Lambert, CEO of Restaurant & Catering Industry Association says, “Menulog’s investment in both better support for its local hospitality partners and in the creation of local jobs in this crucial economic period is commendable.

“I look forward to seeing how this initiative positively impacts relationships and operations between Menulog and its partners, as well as how enhanced local customer support contributes to better results for restaurants.”

WHAT WE BINGED ON IN SYDNEY’S POST LOCKDOWN SPLURGE

Most generous tippers by suburb: