Sylvester Stallone, 71, relaxed in t-shirt and jeans as he runs errands with daughter Sistine, 22,

Sylvester Stallone, 71, looks relaxed in t-shirt and jeans as he runs errands with daughter Sistine, 22, in LA

But Sylvester Stallone is currently back home in  Los Angeles where he was seen running errands with his daughter Sistine on Thursday.

The Hollywood star, 74, kept it casual in a black t-shirt and blue jeans and he sported gold-framed sunglasses. 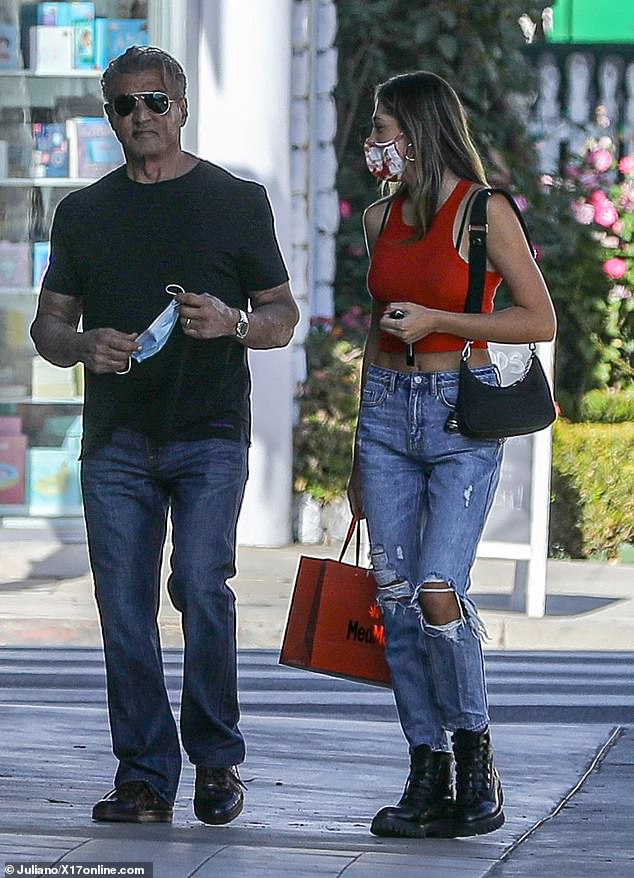 Sylvester Stallone, 71, was spotted running some errands in LA on Thursday with his 22-year-old daughter Sistine

Sly had a disposable face mask with him which he donned when he entered a store.

She paired the midriff-baring ensemble with black bovver boots and hoop earrings.

The middle of the actor’s three daughters with wife Jennifer Flavin kept her patterned cloth face mask on as she strolled along the sidewalk with her famous father. 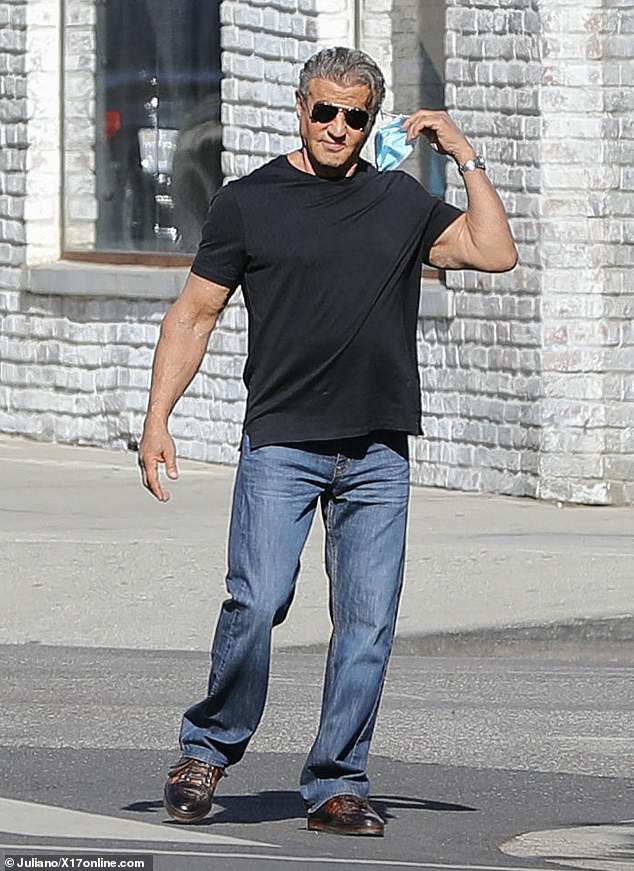 Icon: The Hollywood star looked relaxed as he stepped out in a casual ensemble of black t-shirt and blue jeans and sported gold-framed sunglasses 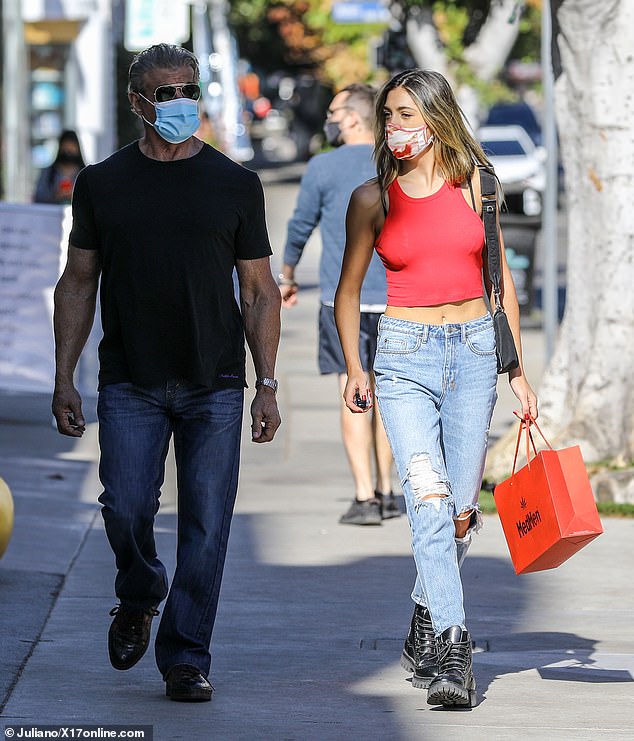 Genes: Sistine, the middle of the actor’s three daughters with wife Jennifer Flavin, flashed her midriff in a red crop top and ripped blue jeans which she paired with black bovver boots

Last month, it was confirmed that the Rocky and Rambo star has joined the cast of James Gunn’s The Suicide Squad.

Gunn posted a photo of the two together to his Instagram on November 15, sharing: ‘Always love working with my friend @officialslystallone & our work today on #TheSuicideSquad was no exception.’

The director went on: ‘Despite Sly being an iconic movie star, most people still don’t have any idea what an amazing actor this guy is.’

Stallone joins Margot Robbie, who reprises her role as Harley Quinn from the 2016 film directed by David Ayers.

Meanwhile, Idris Elba has stepped in to replace Will Smith as Bloodshot; Smith had to drop out of the film due to scheduling conflicts as he juggles projects following the COVID-19 shutdown in Hollywood. 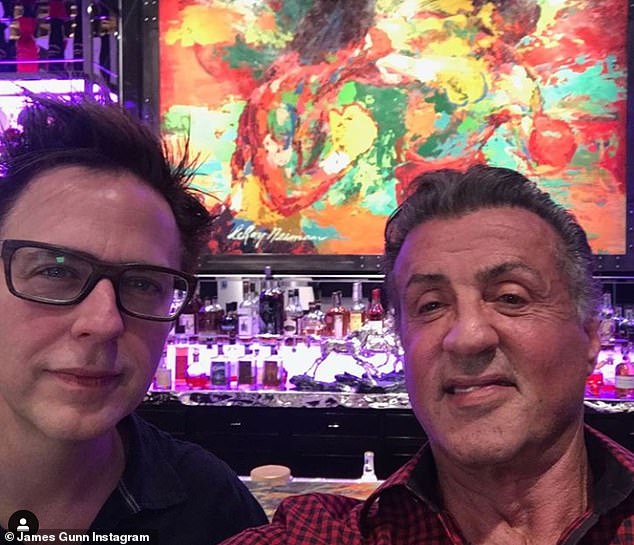 ‘Amazing actor’: Last month, director James Gunn shared this photo and confirmed that the Rocky and Rambo star has joined the cast of his film The Suicide Squad.