Sylvia Jeffreys, 33, wows in a one-piece swimsuit in Byron Bay

Newsflash! Sylvia Jeffreys strips down to a plunging swimsuit as she goes for an ocean swim in Byron Bay with her husband Peter Stefanovic

And on Tuesday, Sylvia Jeffreys was spotted making the most of her time away by hitting Wategos Beach with Peter for a swim.

The 33-year-old stunned in a one-piece swimsuit that showed off her enviable figure.

After drenching herself in the salty seawater, Sylvia slipped a white linen top and matching skirt over her swimwear.

In a bid to be sun smart, she wore a pair of sunglasses and a straw hat.

Sylvia and Peter both had lounge chairs with them, which they relaxed in while doing some light reading. 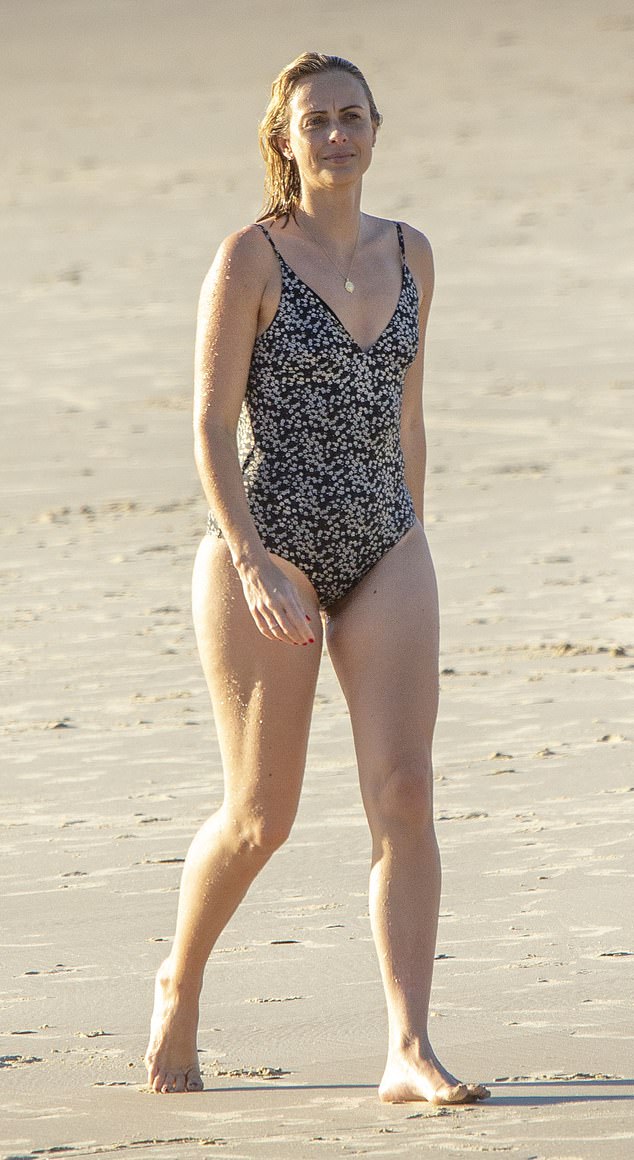 Sensational: The 33-year-old looked incredible in the flattering swimwear, which showcased her perfect figure

Wet and wild: Water dripped from the star’s physique and she walked along the sand

Peter appeared to have politics in his mind, with the journalist flicking through Niki Savva’s The Road to Ruin: How Tony Abbott and Peta Credlin Destroyed Their Own Government.

Before hitting Byron Bay, the happy couple spent some time on the Gold Coast.

Peter and Sylvia met while working on Channel Nine’s Today show, before tying the knot in 2017. 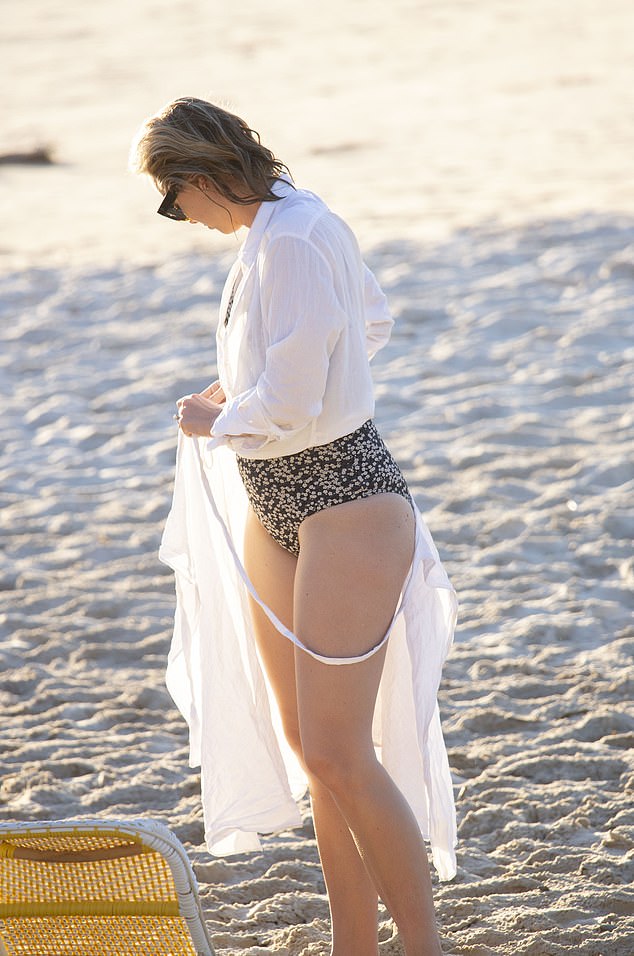 Getting changed: After drenching herself in the salty seawater, Sylvia slipped a white linen top and matching skirt over her swimwear 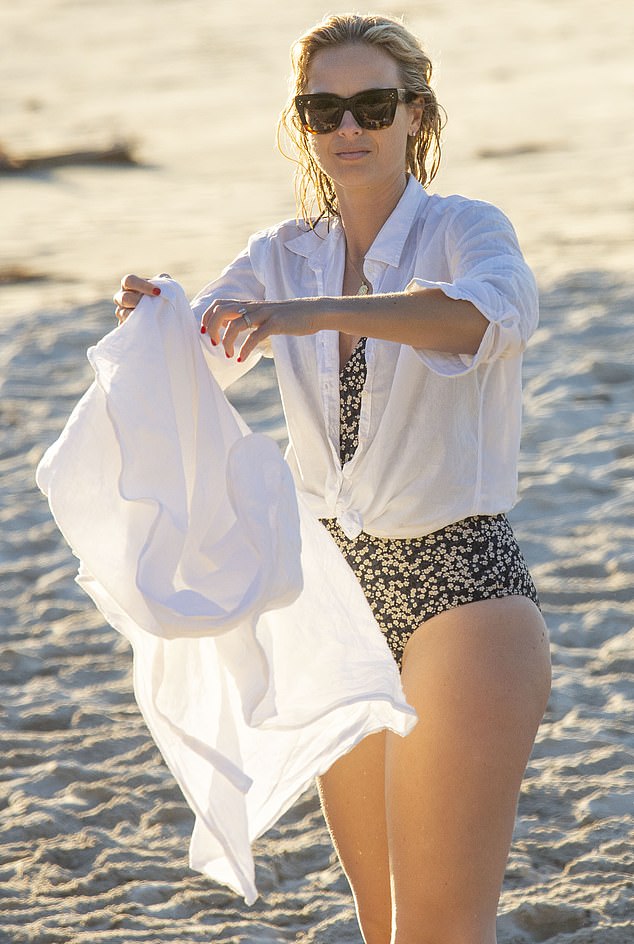 Shake it off! Sylvia shook the sand out of her skirt before putting it back on 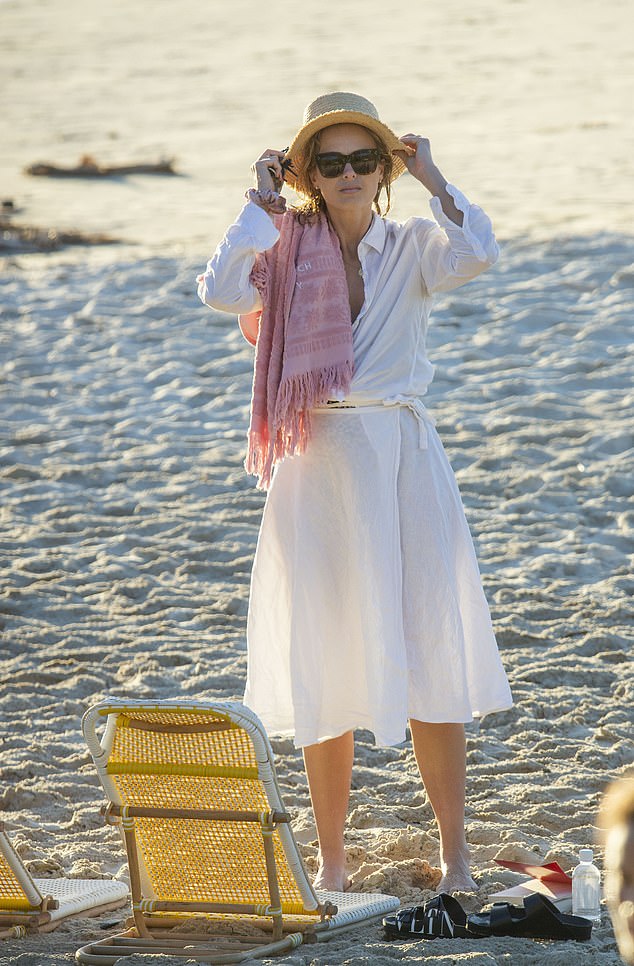 Sun smart! To protect her complexion from the sun, Sylvia wore sunglasses and a straw hat 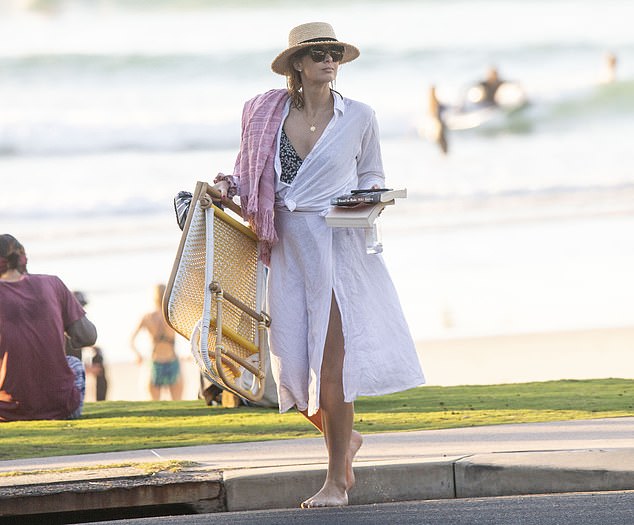 Hands full! Sylvia carried a towel, a beach chair, and two books as she walked 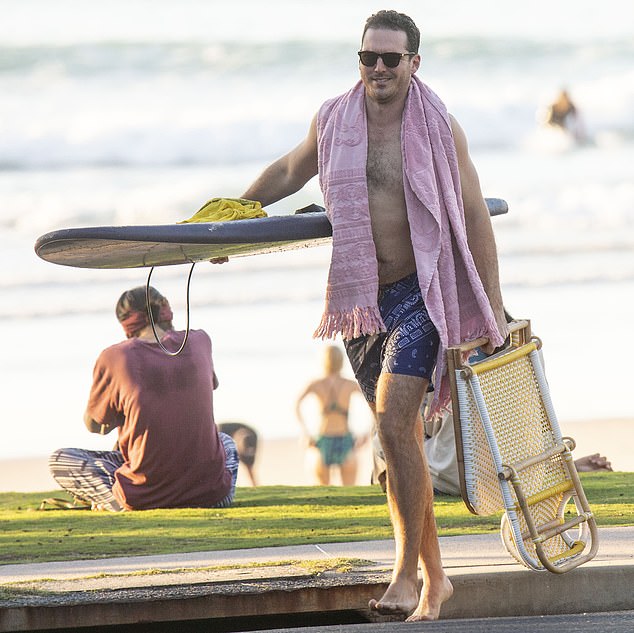 All smiles! Peter flashed a warm smile as he strolled barefoot down the side of the road

They both exited the flailing morning show last year after declining ratings.

Sylvia now works as a reporter on Channel Nine’s A Current Affair.

Peter has taken some time off since exiting Weekend Today last year, with the journalist keeping a low profile for the time being. 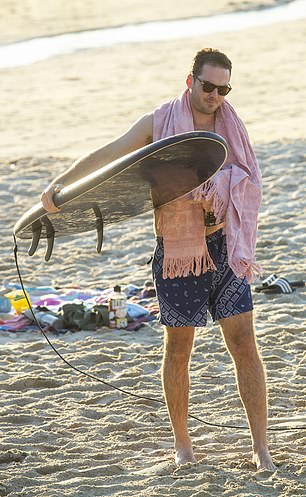 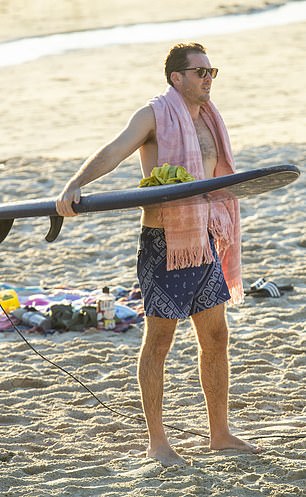 Surf’s up! The journalist carried a large blue surfboard under one arm while standing in the sand 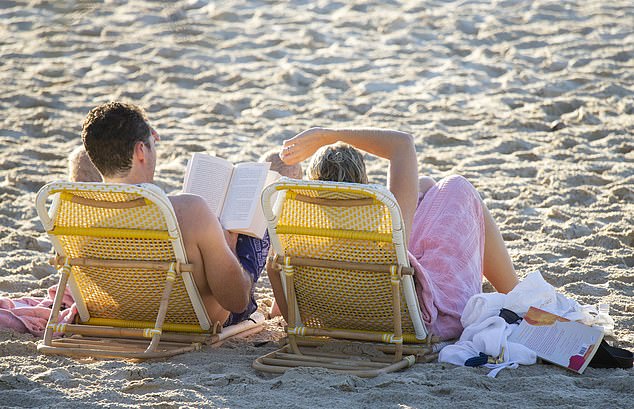 Reading: Peter appeared to have politics in his mind, flicking through Niki Savva’s The Road to Ruin: How Tony Abbott and Peta Credlin Destroyed Their Own Government 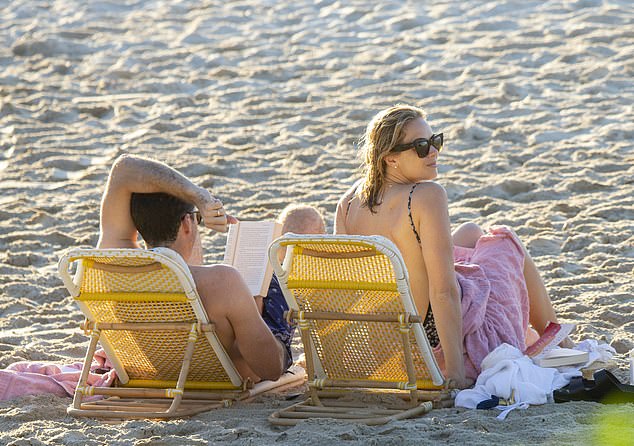 What’s over there? Sylvia sat up and looked at something in the distance 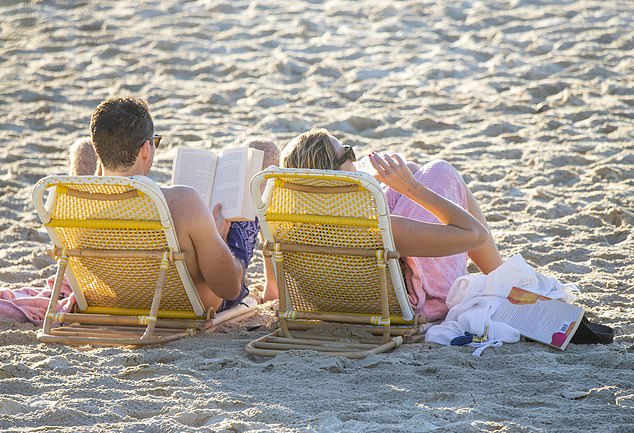 Thirsty? While Peter read his book, Sylvia guzzled water from a clear bottle

The 37-year-old is reportedly feeling down in the dumps after being dropped from Channel Nine in December last year.

The former war correspondent, who spent 15 years at Nine, is apparently feeling ‘lost’ after parting ways with the network.

A source told Woman’s Day in February this year: ‘He’s become a bit of a stress case… He’s wandering around like a lost dog looking for a new home.’ 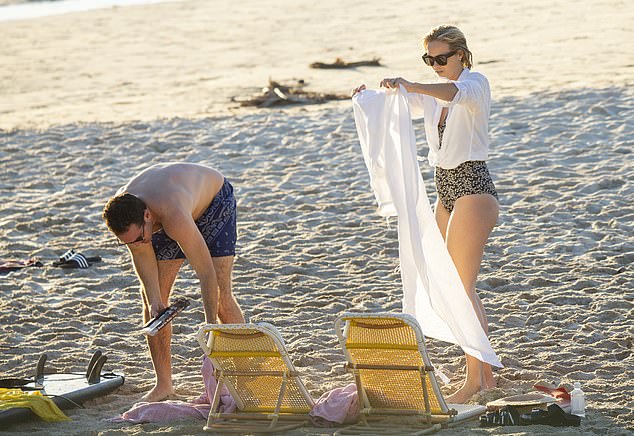 Packing up? The couple stood up and gathered their things before leaving the beach 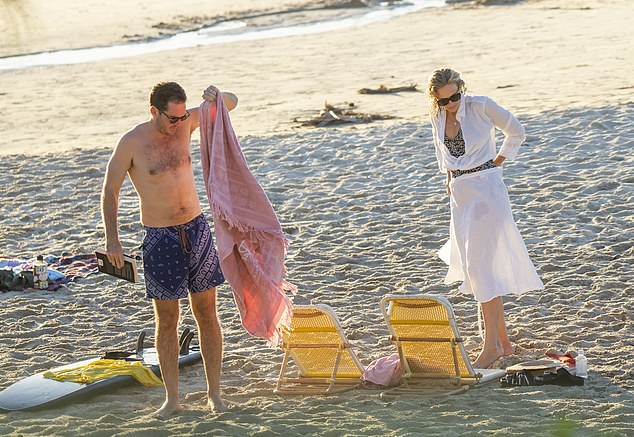 Working on his tan? Peter went shirtless, possibly because he wanted to work on his tan 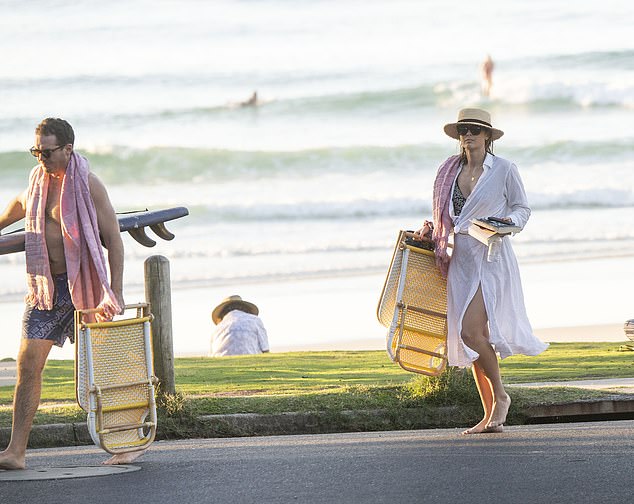 Time to go! The two TV stars walked away from the beach following a fun day in the sun