Syrian president Assad greets and poses for selfies with soldiers

Syrian President Bashar al-Assad was spotted smiling and chatting with troops as he visited the front lines of the latest conflict in the country.

The photos come after weeks of brutal fighting in eastern Ghouta, near the capital Damascus, where a government offensive has been underway for the past month.

In the images, Assad can be seen standing near a tank while being surrounded by cheering and fist-pumping soldiers.

The photos were broadcast on state media and on several pro-Assad websites.

They were also posted on the President’s official social media accounts with a comment reading: ‘On the front lines in eastern Ghouta, President Assad with the heroes of the Arab Syrian Army.’

Assad was standing in a street in eastern Ghouta, though it is unclear exactly where he was. 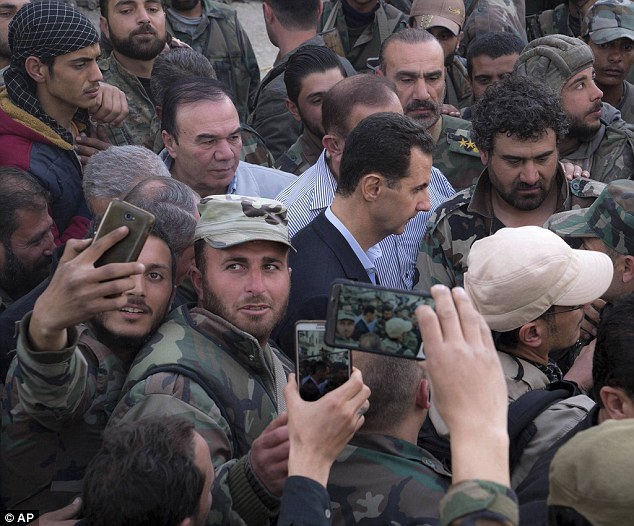 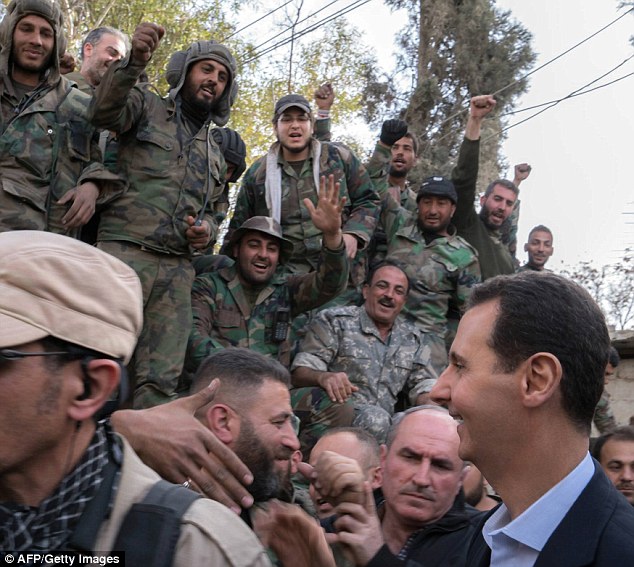 The troops could be seen cheering and fist-pumping as they met Assad, who was all smiles while greeting the soldiers

He wore a suit with no tie, flashed smiles and stopped for chats with soldiers with some posing for selfies with him.

It was his first visit to the former rebel enclave in a number of years.

Earlier today, state media reported that Syrian troops had entered Saqba, a town in a southern pocket of eastern Ghouta.

It iss the latest town to be captured by the Syrian troops and allied militia in a swift advance over the last few days. 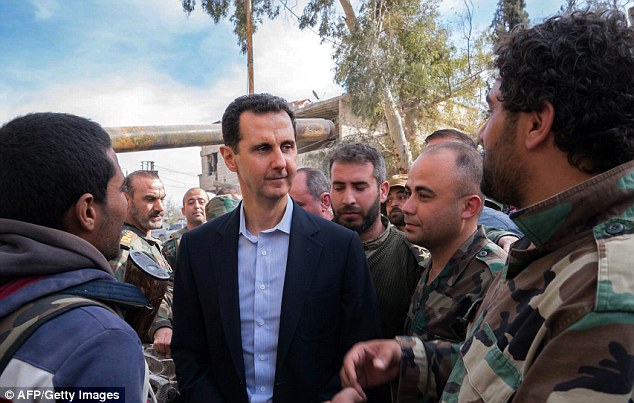 The photos come as reports suggest that the government forces are now in control of more than 80 per cent of eastern Ghouta, which has been a rebel stronghold since 2012

Al-Ikhbariya TV, which carried the photos of Assad, hailed the offensive as a ‘major victory.’

Britain-based Syrian Observatory for Human Rights said the Syrian government is now in control of more than 80 percent of the area, which has been a rebel stronghold since 2012. 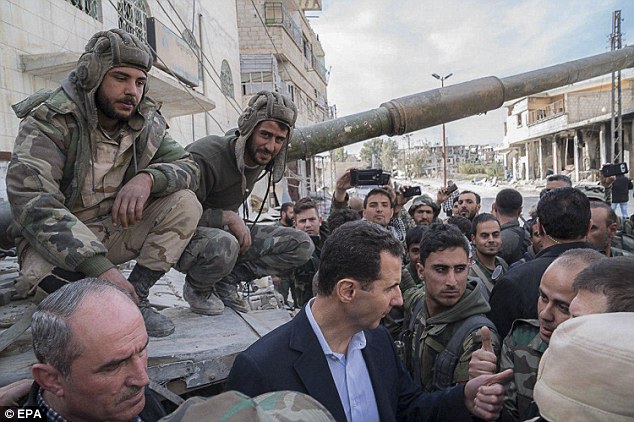 It was Assad’s first trip to the former rebel stronghold, which is outside Damascus, in years according to reports

Tens of thousands of residents have fled southern parts of the eastern Ghouta.

On Sunday, after days of relative calm in the northern pocket, the Observatory reported new intense shelling on Douma, the largest town in eastern Ghouta.

Earlier this week, 20,000 people escaped through a ‘corridor’ carrying belongings in plastic bags and suitcases following the ferocious assault by Assad’s forces.

At the same time, observers say some 30,000 have fled from Kurdish-controlled Afrin city in northern Syria in a separate front of the complex war amid chaotic scenes reminiscent of the floods of refugees trekking across Europe in late 2016. 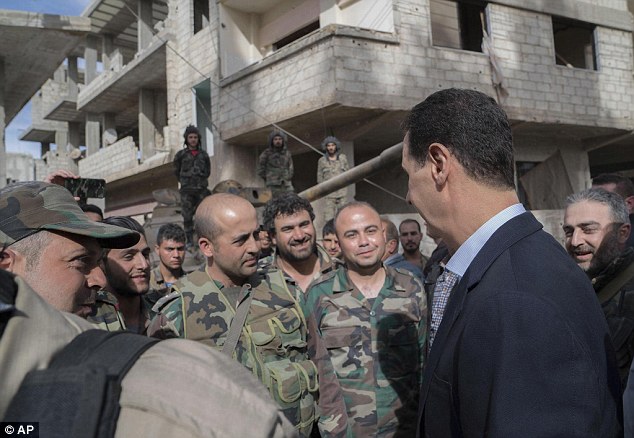