T-Mobile CEO John Legere to step down next year

T-Mobile CEO John Legere announced Monday morning that he will step down at the end of next April when his contract expires.

The T-Mobile CEO will be replaced by Mike Sievert, who is currently the president and chief operating officer of T-Mobile, on May 1, 2020.

Legere, 61, will remain a board member and will assist with the company’s pending $26billion merger of rival telecommunications company Sprint.

Despite the speculation that Legere may take the helm at WeWork, he shot down reports that he may join the scrambling workspace start-up.

T-Mobile CEO John Legere, 61, announced he will step down at the end of April 2020 when his contract expires, after seven years with the company 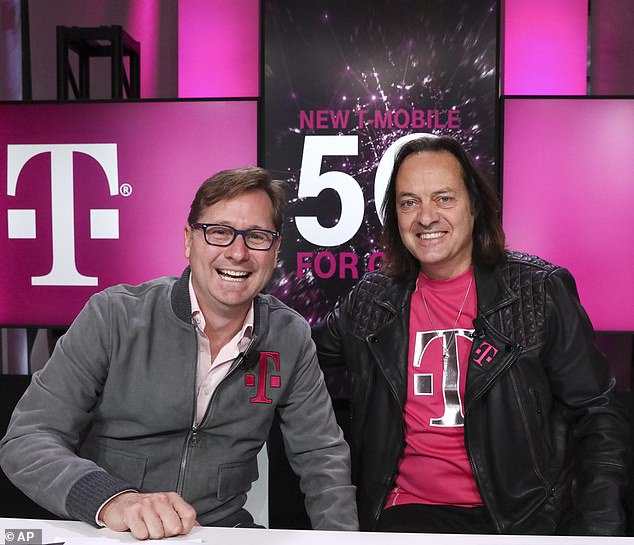 During a conference call with analysts on Monday, he said he never was in talks with WeWork and said the rumors made things ‘awkward’ as he was in the middle of a T-Mobile succession plan, according to CNN.

Shares of T-Mobile were up slightly in midmorning trading after opening down 1.5%, according to CNBC.

‘I’ve got some important news! On May 1, I’ll be handing the magenta CEO reigns over to as my successor. This move has been under development for a long time and I couldn’t be more confident in the future of under his leadership,’ he shared.

‘You’ve heard me joke that he’s “my son,” but in reality, since I hired him in 2012, ’s been my mentee, my secret weapon and my friend. In our time we’ve launched 16 #uncarrier moves, shifted an archaic industry for consumers and wreaked havoc on the competition,’ he added, praising his successor. 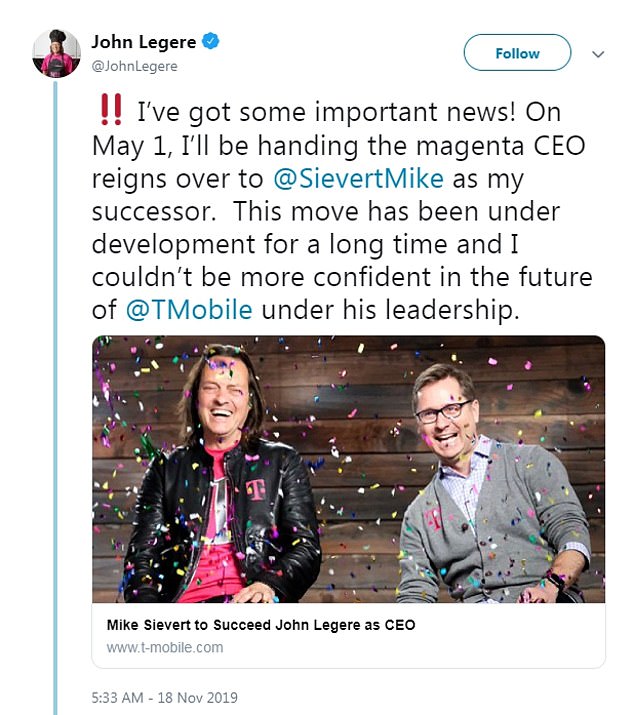 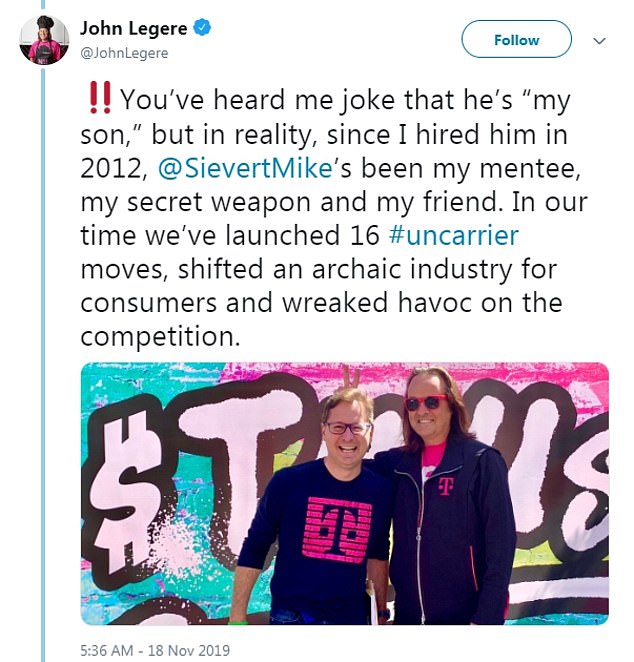 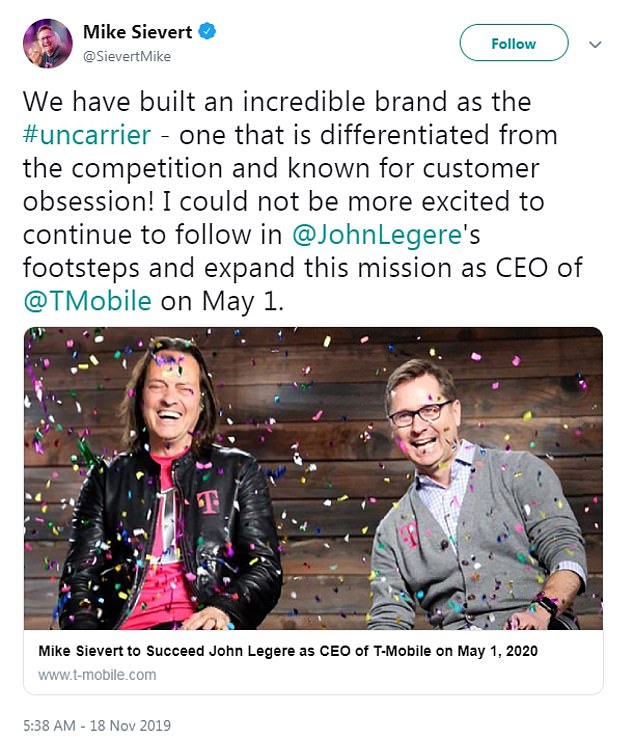 Sievert accepted the position with open arms tweeting, ‘I could not be more excited to continue to follow in @JohnLegere’s footsteps and expand this mission as CEO of @T-Mobile on May 1’

Sievert accepted the position with open arms tweeting, ‘I could not be more excited to continue to follow in @JohnLegere’s footsteps and expand this mission as CEO of @T-Mobile on May 1.’

Sievert, who joined the company in 2012 as well, has been handed a contract by T-Mobile that allows him to leave if he does not become T-Mobile CEO within six months of the merger closing.

The Sprint merger is expected to happen early next year and has been approved by federal regulators, but is being held up by a lawsuit from a team of state attorneys general seeking to block the deal, according to The Verge. The case will go to trial next month.

The T-Mobile and Spring merger was first announced in April 2018. At the time the companies said that Legere would lead the combined business as CEO.

As for Legere’s next move, it’s not clear where he will go. During his time at T-Mobile, Legere increased the company’s wireless subscribers, created unlimited wireless plans for T-Mobile and offered to pay termination fees for customers who switched over, a policy that industry competitors eventually mimicked.

Legere is also responsible for bringing the iPhone to T-Mobile for the first time.

‘John Legere has had an enormously successful run as CEO. As the architect of the Un-carrier strategy and the company’s complete transformation, John has put T-Mobile US in an incredibly strong position. I have the highest respect for his performance as a manager and as a friend, I am very grateful to him for the time together,’ Tim Höttges, Deutsche Telekom CEO, and Chairman of the Board of T-Mobile US, said in a statement on Legere’s departure.