Taiwanese lawmakers have voted to legalise same-sex marriage, becoming the first in Asia to do so.

Parliament passed a bill describing the partnerships as ‘same-sex marriage’ on Friday, seeing off attempts to water down the phrasing to ‘same-sex family relationships’ or ‘same-sex unions’ instead.

But conservative groups threatened to ‘strike back’ at next year’s general election, saying the voice of 7million people who voted against same-sex marriage in a referendum last year ‘had been trampled.’

Gay rights campaigners celebrated in Taipei on Friday as lawmakers passed a bill legalising same-sex marriage, despite last-ditch efforts by conservative groups to water it down 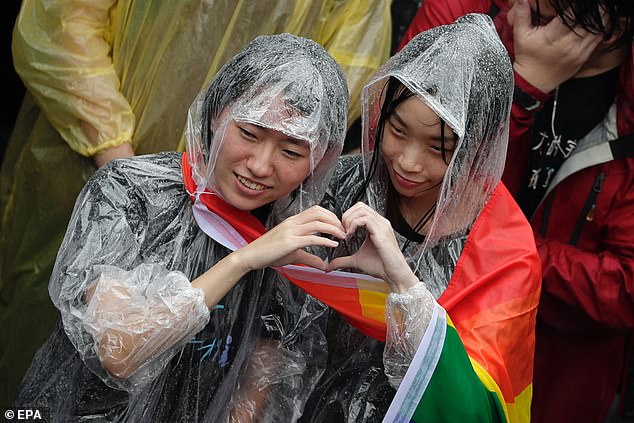 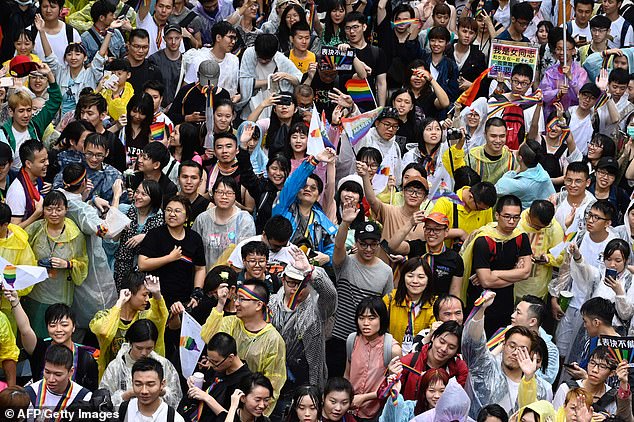 Despite joyous scenes outside parliament as the law was passed, a referendum last year showed widespread opposition to the law

The vote comes two years after the self-governing island’s constitutional court struck down a definition of marriage as being only between a man and a woman and gave ministers a two-year deadline to enshrine the ruling in law.

That deadline had been due to expire on May 24.

Conservative groups rallied against the change and in November last year held a referendum asking to keep the old definition of marriage.

In total, 7.6million people voted in favour of defining marriage as between a man and a woman, with 2million voting against, providing a comfortable victory.

Nevertheless, Taiwan’s President Tsai Ing-wen pressed ahead with the change, tweeting ahead of the vote that ‘we have a chance to make history and show the world that progressive values can take root in an East Asian society. 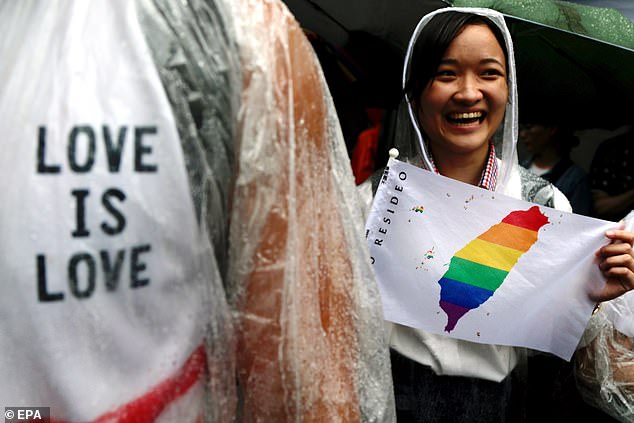 While putting same-sex marriages on the same footing a heterosexual unions, the new law does not grant homosexual couples the same rights to adopt children 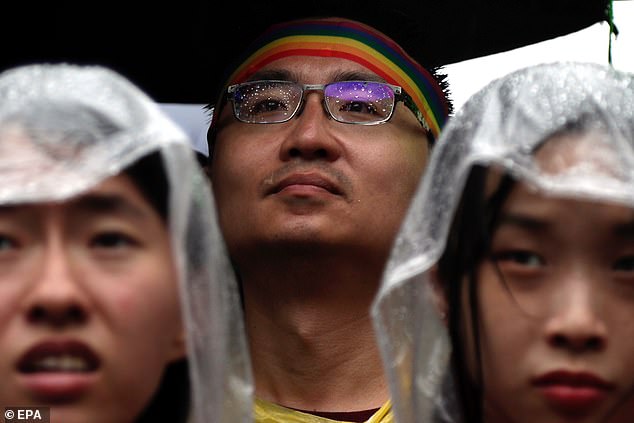 Conservative groups promised to ‘strike back’ at the government in next year’s elections, saying the ‘will of the people’ had been trampled in Friday’s vote 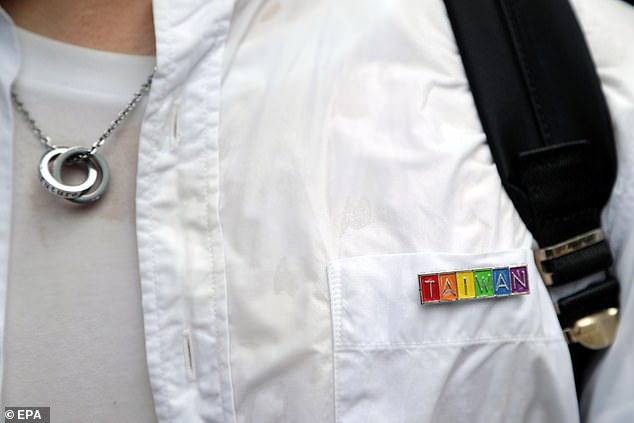 ‘Today, we can show the world that Love Wins.’

After the vote, she added: ‘On May 17th, 2019 in #Taiwan, #LoveWon. We took a big step towards true equality, and made Taiwan a better country.’

Outside parliament, campaigners hugged in the driving rain while chanting ‘way to go Taiwan’ and ‘Asia’s first!’

Despite lawmakers passing the most progressive of three bills they were offered, it still fails to give same-sex couples the same rights as heterosexual couples when adopting children.

Nevertheless, gay rights campaigners supported the law, seeing it as a big step in the right direction.