Pen Farthing, the former commando turned animal charity boss, warned the pets will die from the heat in their travel crates if the ten-hour stand-off does not end.

The founder of charity Nowzad, who previously served in Afghanistan, tried to flee the country with 25 staff and their families along with the 94 dogs and 79 cats. 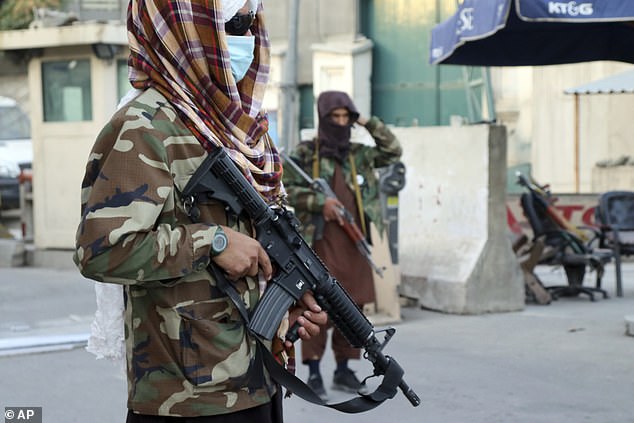 Defence Secretary Ben Wallace had been adamant that he would prioritise ‘people over pets’ for evacuations but Boris Johnson is believed to have overruled him after an intervention from his wife Carrie to secure an emergency airlift for the animals.

As part of Operation Ark, Farthing tried to make a midnight dash to the airport, having loaded up two trucks with food and supplies in case they were stuck at the airport.

They were stopped at a Taliban checkpoint during the race across the city last night where guns were pointed at the charity workers.

Farthing told The Sun: ‘About 15 guys jumped out and levelled their guns at us.

‘Then one of them had an ND [a negligent discharge]. Luckily he was a s*** shot and it went over our heads. 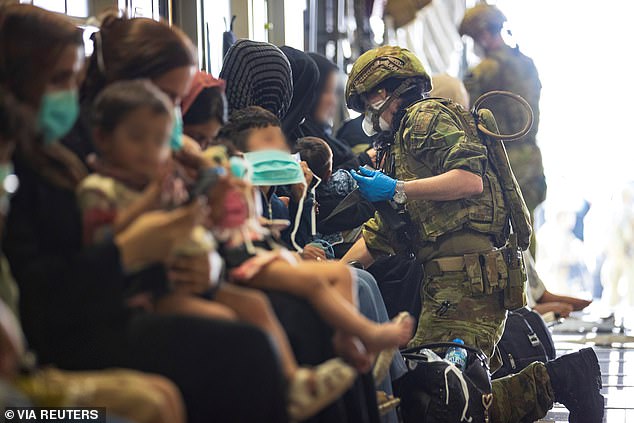 ‘I very rarely hear Afghans swear in English but I heard a few words then.’

They were held at the checkpoint for an hour before they were finally allowed to drive across the city to the airport.

They arrived there at 2am but they still remain behind the blockade unable to enter the transport hub.

Staff have parked their trucks in the shade in an effort to keep the animals cool and have been spraying the crates with water.

Farthing said he has been in touch with British forces but they said they are powerless to intervene.

He appealed directly to the Taliban on Twitter in a desperate bid to secure the release of the animals.

Addressing Taliban spokesman Suhail Shaheen, he wrote: ‘Dear Sir; my team and my animals are stuck at airport circle. We have a flight waiting. Can you please facilitate safe passage into the airport for our convoy?

‘We are an NGO who will come back to Afghanistan but right now I want to get everyone out safely.

‘We have been here for 10 hours after being assured that we would have safe passage. Truly would like to go home now.

‘Let’s prove the IEA are taking a different path.’

But the claim was quickly dismissed by the Ministry of Defence, with a spokesperson reportedly telling Sky News that they were a ‘lie’.