Royal assent: The Queen has approved a party for Beatrice and Edo

It’s been more than three months since Edo Mapelli Mozzi proposed – and some unkind commentators were beginning to question whether he and Princess Beatrice were ever going to make it down the aisle.

But my Palace mole has revealed the pair have finally been given Royal permission to throw an engagement party – meaning it’s all systems go for the Big Day.

And despite the recent controversy that has engulfed Bea’s father, Prince Andrew, the couple have chosen to stage their bash in London’s most high-profile club. I can reveal Beatrice, 31, will host the lavish event on December 18 at the A-list hangout Chiltern Firehouse, well-known for the debauchery of some of its clients.

Andrew is said to have been invited, though he would be wise to steer clear of the banks of photographers permanently outside the Marylebone club – regulars include Tom Cruise, Madonna and Kate Moss – not to mention its famously sweaty dance floor in the ‘Ladder Shed’, a nod to the building’s heritage as a Victorian fire station.

Though some friends have raised eyebrows over Beatrice’s choice of club, many were relieved to get the invitation through at all. Some feared Andrew’s downfall would delay his eldest daughter’s plans to marry. 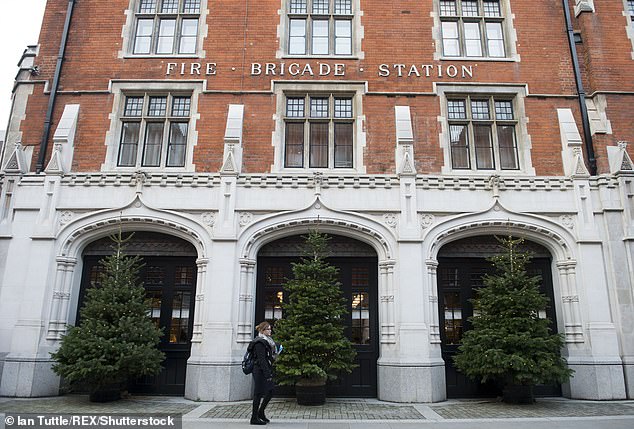 I can reveal Beatrice, 31, will host the lavish event on December 18 at the A-list hangout Chiltern Firehouse 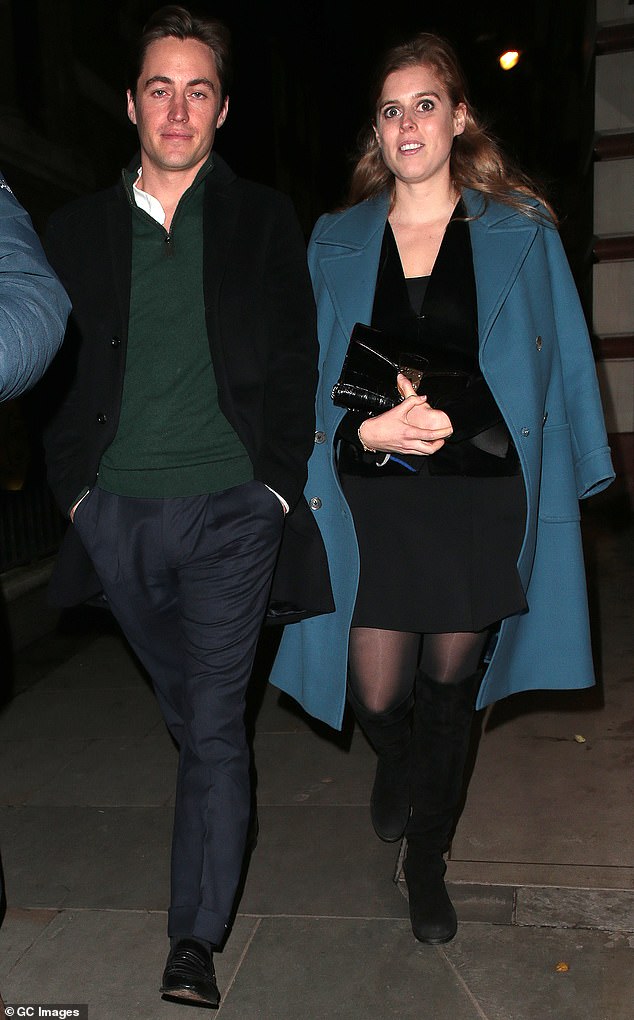 Behind the scenes, the Queen declined to sign off on a wedding date until a week ago and is still refusing to allow an official announcement until after the Election, though Beatrice’s inner circle have been sent a ‘save the date’ reminder with their engagement party invitations.

My source says: ‘She is up against the clock if she wants to have a wedding within the six-month time frame usual for aristocratic nuptials, but everyone is so relieved things are moving. She’s been very down. A wild, glitzy, high-profile engagement party should cheer her up.’

Meanwhile, I hear that after spending Christmas apart, Beatrice and property developer Edo, 36, will reunite in the Kenyan beach resort of Lamu for New Year’s Eve. 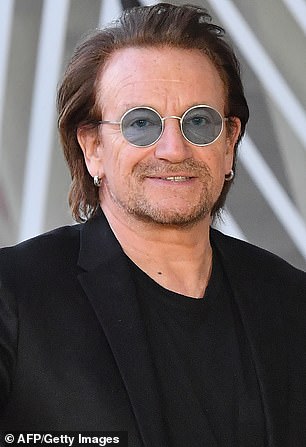 We all know Bono takes himself far too seriously

We all know Bono takes himself far too seriously, but his latest antics show a stunning lack of self-awareness – even by his standards!

The U2 star, right, invited an uncle of model Olivier Geraghty, his next door neighbour, over for a cup of tea but asked him to sign a non-disclosure agreement – presumably to stop him spilling the beans about anything he spotted Chez Bono.

Tea was offered after Olivier’s uncle returned a prized pair of peacocks that escaped from the rocker’s garden at his seaside home near Dublin.

Olivier tells me at the Biltmore Hotel: ‘Bono invited my uncle to his house. When he got to the door they wanted him to sign an NDA before going in and asked to take his phone. He said no thanks and didn’t sign it. If you were in that situation, you wouldn’t sign it either.’