TALK OF THE TOWN: Royal pals tear into Meghan Markle over her and Harry’s treatment of the Queen

TALK OF THE TOWN: Royal pals tear into Meghan Markle over her and Harry’s treatment of the Queen

There was a time when pals of Royalty would never wish to fall out with their famous friends for fear of being excluded from the inner sanctum.

But after Prince Harry exiled himself, socialite friends don’t feel the need to hide their private views any more.

Take Lady Alice Manners and Sabine Getty– two Royal pals who weighed in on the treatment of the Queen by Harry and Meghan by telling Meghan: ‘Girl. Take a seat.’

Lady Alice Manners and Sabine Getty (left) – two Royal pals who weighed in on the treatment of the Queen by Harry and Meghan by telling Meghan (right): ‘Girl. Take a seat’

That’s American slang for stand down, shut up and – in this instance – leave our Queenie alone!

It was Sabine, who attended Princess Eugenie’s wedding, who got the ball rolling. She shared Meghan and Harry’s churlish statement – ‘We can all live a life of service. Service is universal’ – issued after Buckingham Palace announced the couple had been stripped of their Royal patronages.

Sabine was gobsmacked by Meghan’s riposte and felt defensive of the Monarch. ‘Am I actually reading this?!’ she rebuked.

‘Saying this to the Queen who is 94 years old and has been in public service her entire life?’ Sabine also seemed to blame Meghan as the brains behind the statement, adding: ‘Girl. Take a seat.’

Then Alice put Sabine’s post on her own Instagram page along with an emoji of two raised hands in the ‘preach’ position. Ouch!

Like most girls on the society circuit, I was thrilled by the news we might be able to party hard again from June 21.

But I draw the line at supermodel Edie Campbell’s attitude: she told her 128,000 Instagram followers she would be an ‘easy s**g’ when the date comes!

Single Edie, 30, shared a picture of a carpet with a joke reference about how wild she plans to go. 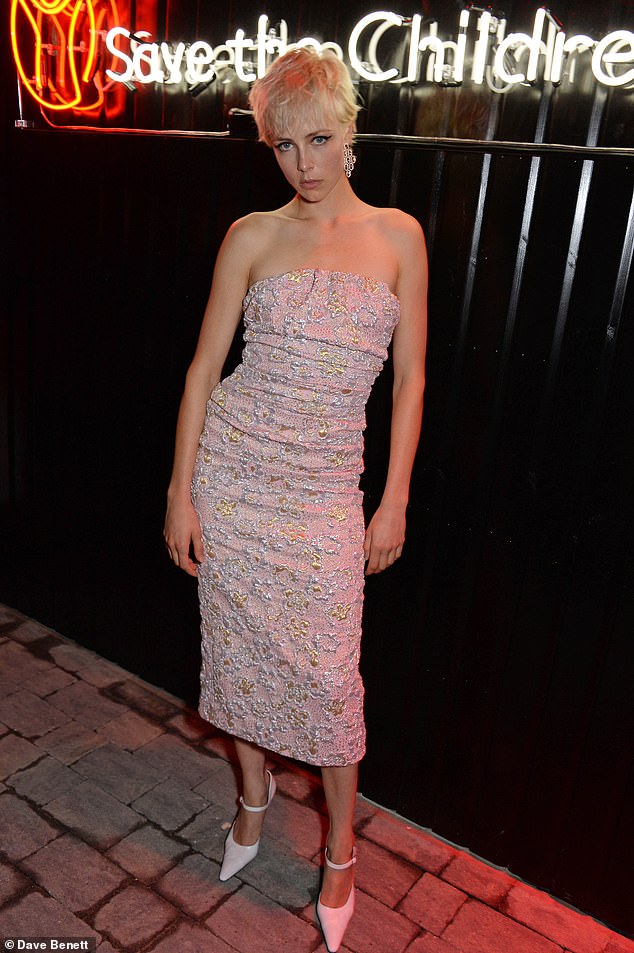 Edie Campbell told her 128,000 Instagram followers she would be an ‘easy s**g’ when restrictions are lifted on June 21

And actress Jaime Winstone, 35, isn’t too old to have her party plans scotched by her hardman screen star dad Ray.

After she publicly vowed to go to a massive rave, he responded: ‘Nope, you’re not going… no arguments!’ Spoilsport.

What is with the Delevingne family’s penchant for bending the rules? Charles Delevingne – father of model sisters Poppy and Cara – has just enjoyed a three-week trip to Barbados but confused friends by posting a picture of Hyde Park soon after he returned.

Charles assured me his jaunt was strictly necessary, saying: ‘I have never felt better… I have been in Barbados on company business.’

Only two months ago Charles raised eyebrows when he hired the 28-bedroom Palladian mansion Aynhoe Park in Oxfordshire for a Christmas party despite Boris announcing a ‘stay at home’ order on December 19.

And daughter Poppy’s visit to Rita Ora’s 30-person birthday bash at a London restaurant in November ruffled a few feathers, too.

Charles declined to comment on whether he had breached quarantine rules. I am sure the photo of the park was an old one…