Thieves have stolen £50million worth of jewellery from Tamara Ecclestone in a 50-minute raid just hours after she left the country for her Christmas holidays.

The Formula One heiress, 35, is in ‘complete devastation and shock’ after the break-in on Friday night.

The heist took place on one of London’s most exclusive streets which boasts 24-hour security patrols and checkpoints.

Thieves have stolen £50million worth of jewellery from Tamara Ecclestone, pictured with husband Jay Rutland

It is understood that guards were also present inside the 57-room property at the time of the burglary, according to The Sun.

Ecclestone lives in the Kensington property with husband Jay Rutland.

Three raiders reportedly broke in through the garden before heading straight to the safes in the master bedroom.

They were disturbed by a security guard but still fled with precious rings, earrings and an £80,000 Cartier bangle wedding gift.

Witnesses said they saw three police cars outside the luxury home by Kensington Palace at 11.30pm on Friday.

‘An estimated £50million worth of jewellery has been stolen from inside Tamara’s safe and Jay’s safe.’

They said the heist took 50 minutes during which they smashed open the safes inside Tamara’s and Jay’s respective dressing rooms, which are well hidden. 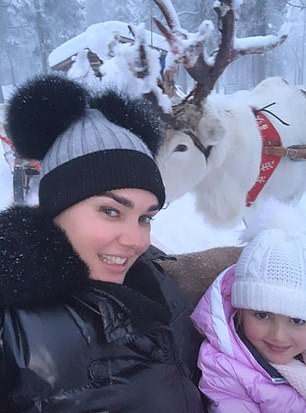 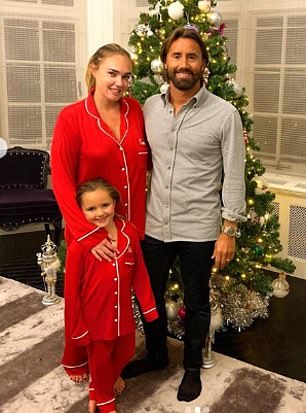 Tamara, who has a daughter, Sophia, five, (pictured) is said to in be ‘complete devastation and shock’

The burglars then bundled out of an open window and ran away before they were caught.

A spokesman for Tamara, the daughter of former Formula One boss Bernie, confirmed the robbery took place.

The theft took place on one of London’s most exclusive streets which has been dubbed ‘Billionaire Row.

A Metropolitan Police spokesperson man said: ‘Police were called to a residential property in Palace Green, W8, at 23.11hrs on Friday, 13 December, to reports of a burglary.

‘Officers attended. It was reported that an amount of high-value jewellery had been stolen.

‘There have been no arrests. Enquiries continue.’