Tamara Joy whinges about ‘breaking a nail’ during quarantine

Is this the most pathetic hotel quarantine complaint? High maintenance Married At First Sight star Tamara Joy whinges about ‘breaking a nail’ on day one of her two-week isolation

Married At First Sight star Tamara Joy was left furious on Monday after breaking a nail while in hotel quarantine in Brisbane.

The 31-year-old reality TV star shared a video to Instagram stories whinging about the ‘disaster’ on day one of her two-week isolation.

‘The first disaster. This nail in the middle is about to fall because I just smacked it and locked it in the drawer when I was having a snoop around my room,’ she said.

Married At First Sight star’s hotel quarantine NIGHTMARE: Tamara Joy (pictured) was furious after ‘breaking a nail’ on day one of her two-week isolation on Monday

She continued: ‘I can’t have a broken nail for two weeks, that can’t happen! I need to order some superglue.’

Tamara arrived in Queensland on Monday and is required to isolate in a hotel for two weeks to prevent the spread of coronavirus.

‘I am quarantining for 14 days in Brisbane. I’m not planning to stay here, I’m going to go up to the Gold Coast but I flew in here,’ she explained.

‘[After arriving] I was met by about 50 policeman and 50 army men. It’s pretty hectic as you get ushered into a bus and straight to a hotel,’ she said. 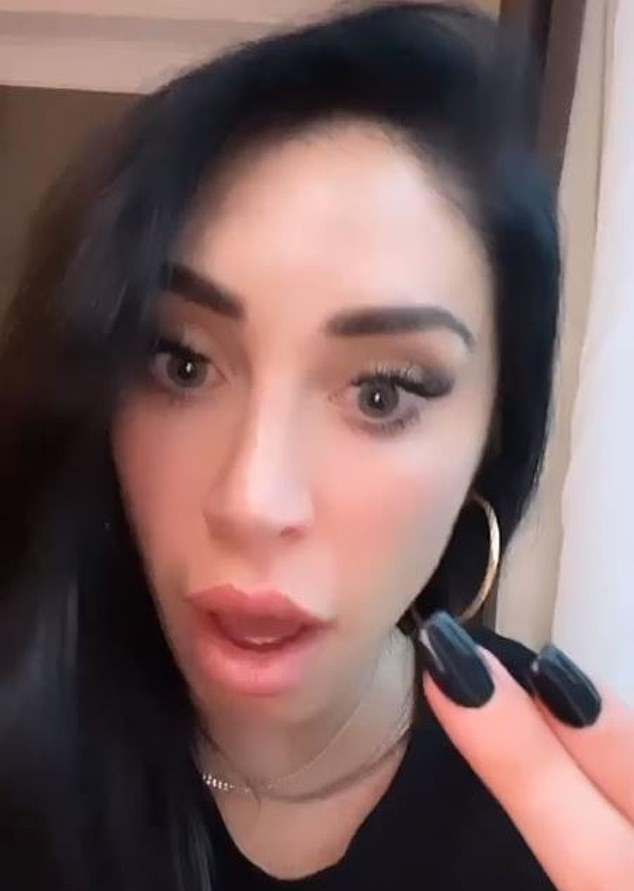 ‘This can’t happen!’ She shared a video to Instagram stories complaining about the ‘disaster’ on day one of her two-week isolation

Tamara’s post comes after she copped a brutal spray from her father over her ‘clown’ look due to her use of lip fillers.

The reality star shared the awkward exchange on Instagram on Wednesday.

In a series of videos, the 31-year-old’s father brought her a coffee in bed, before he unleashed on her love of cosmetic injectables. 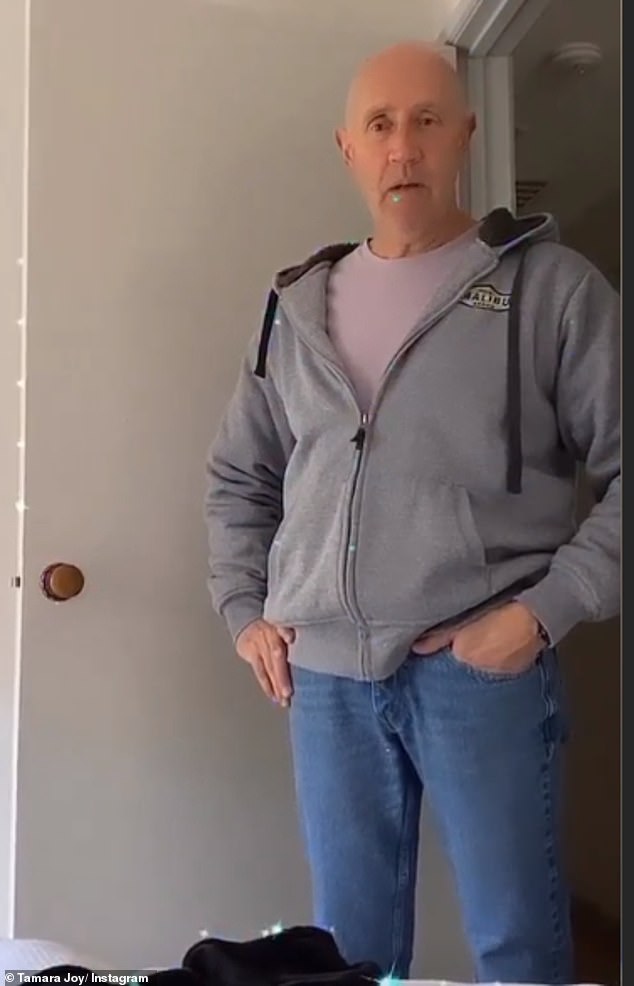 ‘You look like a clown!’ Tamara’s post comes after she copped a brutal spray from her own father (pictured) over her ‘clown’ look due to her use of lip fillers on Wednesday

‘The lips. It’s old hat. It’s in the past. Move on. It’s ridiculous,’ Tamara’s father, Les, is seen telling his daughter in the clip.

‘So, I’m out of fashion because my lips are big?’ she asks Les with a laugh, indicating that the pair are close and that their clash was in good fun.

‘It’s not natural. It looks ridiculous, I think. You look like a clown mate. But that’s just ridiculous,’ he continued. 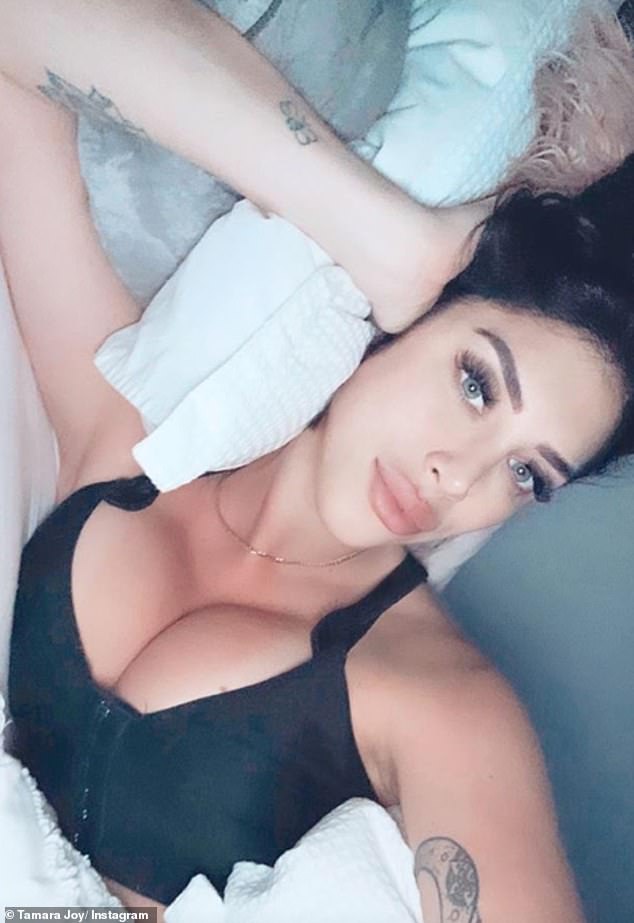