‘It might not be as severe as we first thought’: Tammy Abraham fears allayed by Frank Lampard after striker was taken off injured following nasty fall

The England striker landed awkwardly on Ezequiel Garay at the end of the first half and was in obvious pain as he limped off the pitch.

He had to be taken off on a stretcher at the Mestalla, but while initial reports suggested he had gone to hospital, the 22-year-old received treatment inside the dressing room. 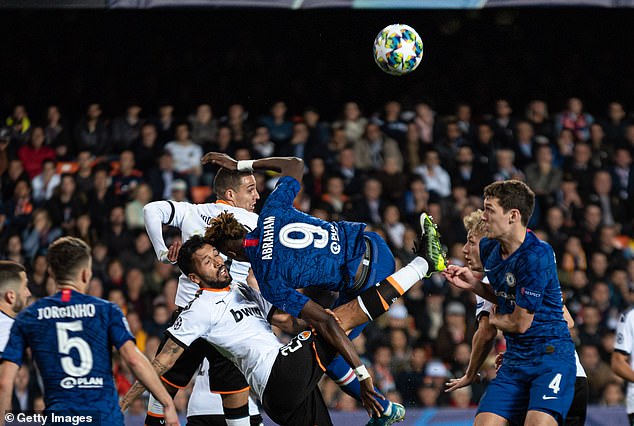 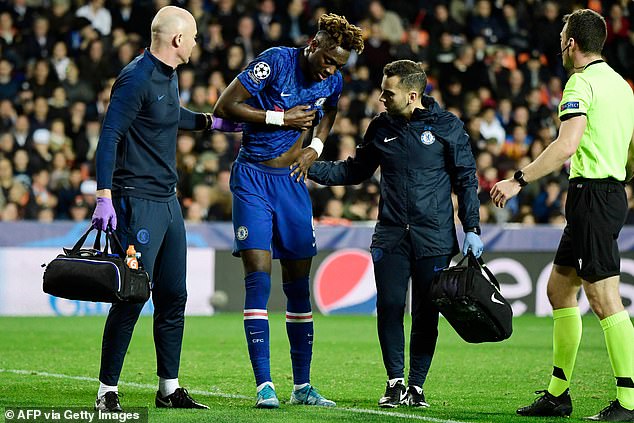 When asked if Abraham had gone to hospital after the game, manager Frank Lampard said: I’m not sure if that’s true but he’s in the dressing room now.

‘The word at half-time was it looked quite severe, a bang on the hip. Then the word after the game was it might not be as severe as we first thought.’

Abraham was on the ground for a lengthy period as he received treatment following the incident, before gingerly getting to his feet. 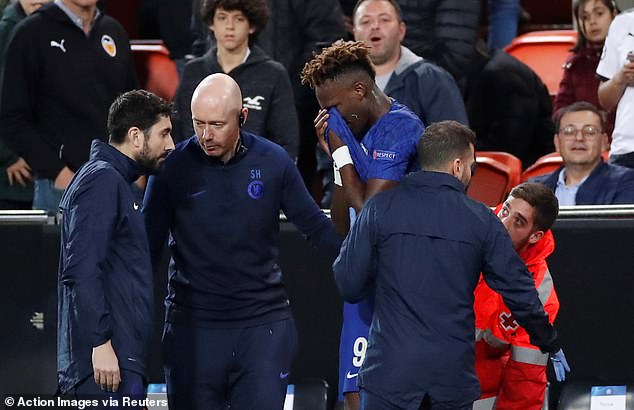 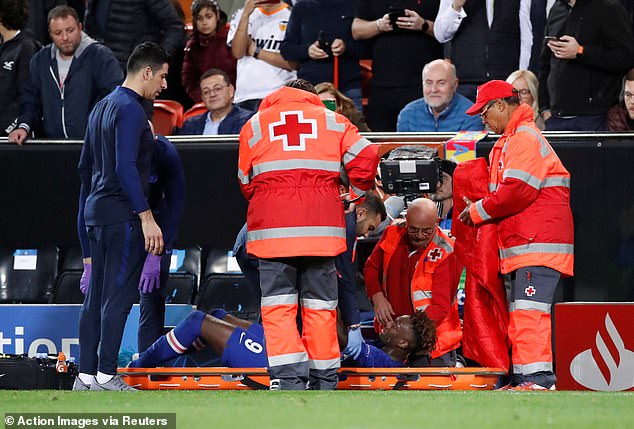 But he struggled to walk off the pitch and eventually Chelsea’s medical staff had to call for a stretcher with the youngster in agony.

Joe Cole said in the BT Sport studio: ‘That’s a sore one. He’s in a lot of pain.

‘Tammy is not the type of lad, it will take a big incident for him not to play, he loves playing football.’

Glenn Hoddle added: ‘If it’s a hip injury then it’s going to be complicated but you just hope it’s not internal like a problem with his kidney or something like that but he did look in absolute agony.’

Abraham is Chelsea’s leading goalscorer so far this season with 11 goals in 19 games, which has earned him a recall to the England side.