Century-maker Tammy Beaumont hailed a ‘special moment’ as England stormed to a 203-run victory and sealed a 4-1 series triumph against New Zealand at Canterbury.

The Kent-born batter scored 102 off 114 balls for her eighth one-day international hundred to help England set an impressive 347 for five from their 50 overs. Only three women have scored more ODI centuries than the opener.

‘It’s always very special memories coming back home to Canterbury and the crowd always get behind us, so I’m really, really happy to score runs here,’ said Beaumont. 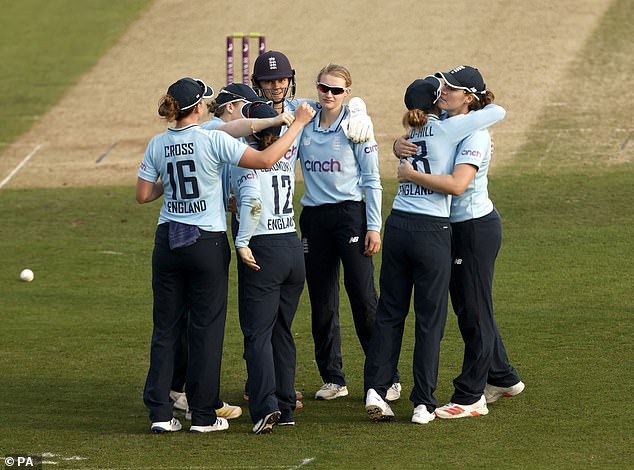 ‘As a batting unit, we’ve probably been quite under par at times and a few of us put up our hands today. It was really nice to show what we can do.’

New Zealand were always behind in the chase and lost regular wickets, slumping to 144 all out in the 36th over, with Lauren Down and Brooke Halliday top-scoring with 27 each.