Tampa Bay Buccaneers  quarterback Tom Brady decided to poke some fun at the recent reports of him having an inured finger, while also reminding Falcons fans of the biggest collapse in Super Bowl history.

The jokes came in two separate videos Brady shot with celebrity chef Nick DiGiovanni, and then posted to their twitter accounts.

In the video posted to Brady’s own account, DiGiovanni gives him instructions on how to throw a knife.

‘It’s just a knife throw,’ DiGiovanni says. ‘Everyone does it. You’ll just take it, and put it into the board.’ 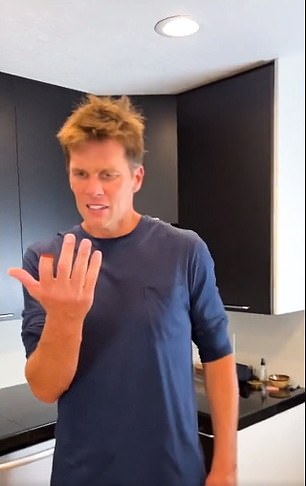 Brady then slams the knife into a cutting board, before grabbing his hand, loudly shouting an expletive and revealing what looks to be half of his index finger missing while DiGiovanni looks on in horror.

The video appeared to piggyback off a different video, and serve as an outro to the one posted to DiGiovanni’s account.

While running through the ingredients required to make the ice cream DiGiovanni calls for 28 cashews. 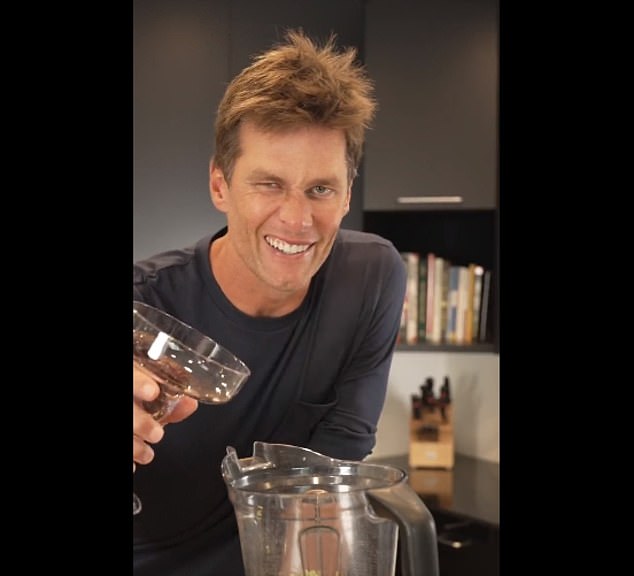 To which Brady then responds appears saying ‘and three dates…28-3,’ before winking directly into the camera and pouring the dates into a blender.

The NFL superstar was referencing the time the Falcons blowing a 28-3 halftime lead in Super Bowl LI, when Brady’s former side the New England Patriots came back to win 34-28.

However, the Buccaneers have serious woes over Brady’s finger. While it may still be intact the quarterback was added to Tampa Bay’s injury list Friday, just hours after the clips were shared.

But listed as a full participant, Brady is still expected to play in the Buccaneers’ home opener Sunday against the Packers.

Brady had been asked about the injury Thursday and said he felt ‘great,’ while Bucs coach Todd Bowles said he had been a full participant in Friday’s practice and was ‘ready to go’ for Sunday’s game. 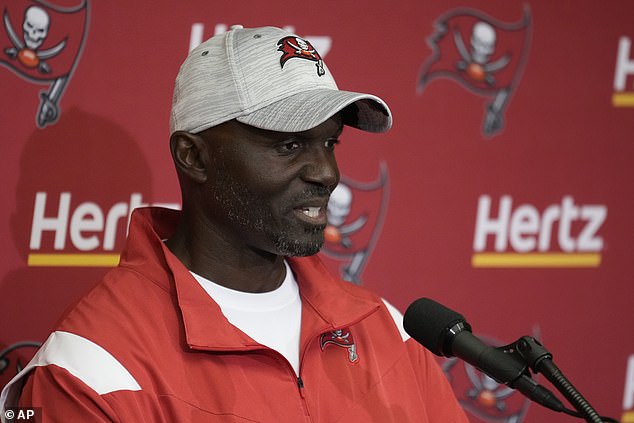