A Catholic school at the centre of a major COVID-19 outbreak has been cleared of breaching COVID-19 restrictions.

A police spokeswoman on Friday confirmed NSW Health had asked officers to investigate but the probe had concluded and the college had been cleared.

The school has been connected to 21 coronavirus cases among staff and students. 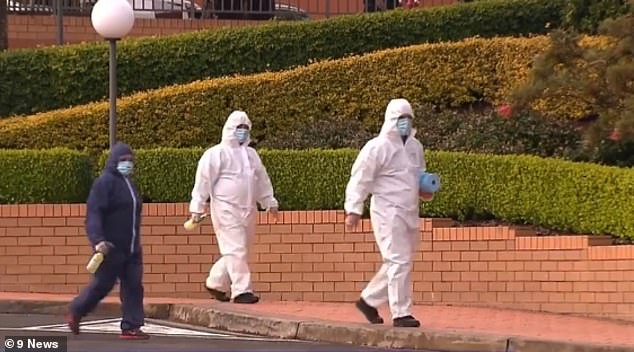 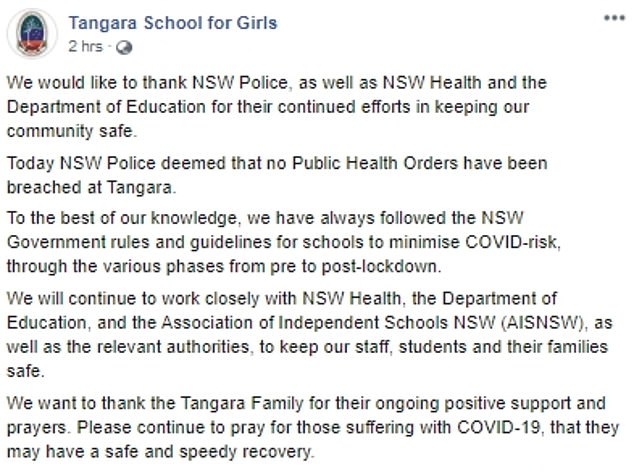 In a statement on their website, the school said the ‘misinformation’ circulating during the ‘challenging and emotional period’ needed to be clarified.

‘Today NSW Police deemed that no Public Health Orders have been breached at Tangara,’ the statement read.

‘We have always followed the advice of NSW Health around COVID-19 and will continue to do so.’

School administration also shared a handwritten letter from a young student urging a quick recovery to those inflicted by the virus.

‘Dear big girls, I hope you get better. Thank you for staying home to keep us safe. We are praying for you,’ the student wrote.

The probe was initiated after an angry parent spoke to 2GB Radio’s Ben Fordham to suggest the school wasn’t following health guidelines and was still offering communion along with compulsory mass.

‘According to this parent, the school has not been practicing COVID-safe measures,’ Fordham said on Thursday.

‘They say the primary school has been doing weekly choir, they’ve continued compulsory mass, students are still taking communion by the hand and teachers have been taking it by the tongue. 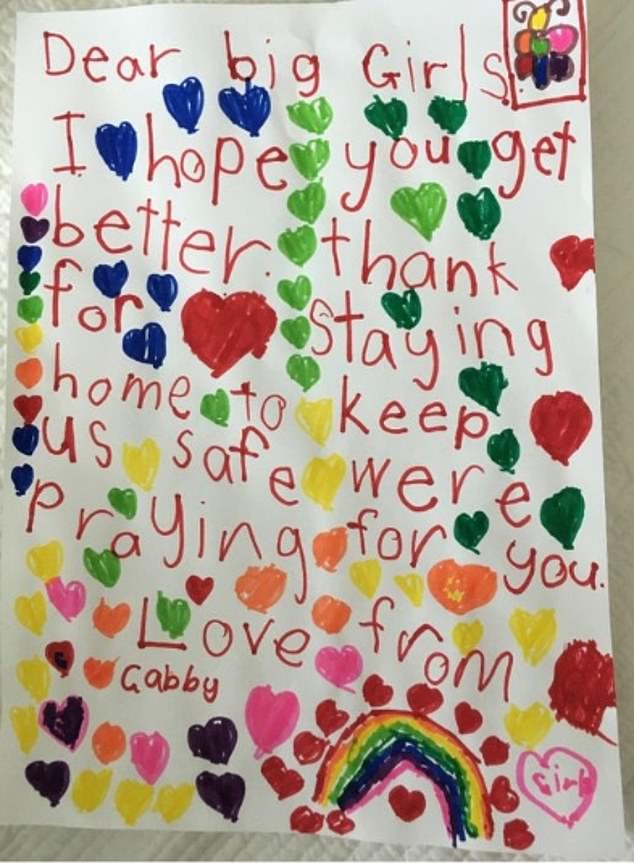 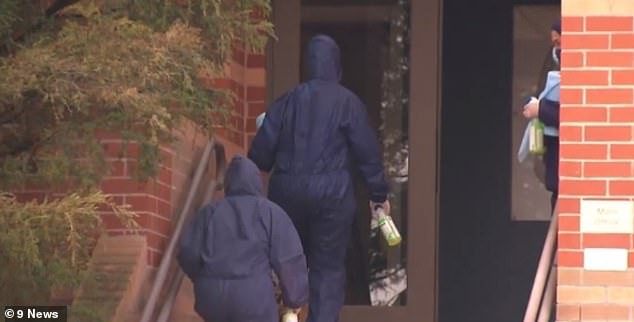 ‘Last Wednesday there was a primary school food stall run by the high school students.’

The outbreak has been linked to a nearby Opus Dei Catholic study centre, Eremeran, which is closed for cleaning after recently hosting five senior schoolgirls.

The school said it plays no role in organising or monitoring attendees at Eremeran which is a third-party provider.

Meanwhile, St Vincent’s College in Potts Point became the third independent Catholic school to shut after exposure to the virus, with a student testing positive on Thursday.

It joins Our Lady of Mercy College in Parramatta, which is linked to three cases, and Tangara School for Girls.

Both schools will reopen on August 24. 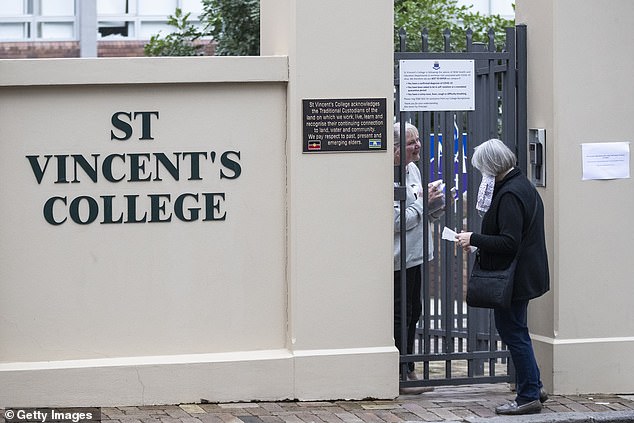 St Vincent’s College (pictured) in Potts Point became the third independent Catholic school to shut after exposure to the virus, with a student testing positive on Thursday

New South Wales recorded nine new cases in the 24 hours to 8pm on Thursday including a third linked to Liverpool Hospital, and a second connected to Dooleys Lidcombe Catholic Club.

People at the Catholic club during specified hours between August 7 and 10 are considered close contacts and must get tested and self-isolate for 14 days.

Anyone who attended the hospital from August 6-9 is advised to get tested if even mild symptoms emerge.

Of the new cases reported on Friday, one is linked to the Tangara school, three are returned travellers in hotel quarantine and one case has an unknown source.

Police have also issued a number of fresh fines to people and venues for breaching health orders.

A teenager who allegedly punched and spat on a bus driver and a 23 year-old woman who allegedly spat at police and paramedics have been fined.

A Balmain hotel has also copped a $5000 fine for hosting a party, while a Victorian couple were fined for failing to isolate before their ski trip to Perisher.

‘People are calling for this. The public want it, commuters want it,’ she told reporters.

But Premier Gladys Berejiklian earlier reiterated that while masks are important, they are a fourth line of defence. 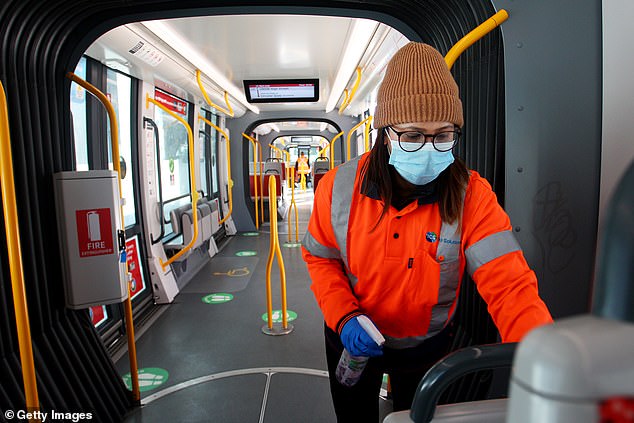 She urged people in southwest and western Sydney, which are linked to several clusters, to come forward for testing and maintain distancing.

‘We are concerned there was community transmission we haven’t picked up in those parts of Sydney and if we don’t, those strains or sources we haven’t identified could take off,’ she told Seven’s Sunrise.

Meanwhile, a NSW special commission of inquiry report into the ill-fated disembarkation of the Ruby Princess cruise ship is to be handed to the state government.

The Ruby Princess, which docked at Sydney on March 19, has been linked to hundreds of cases and more than 20 coronavirus-related deaths across Australia. 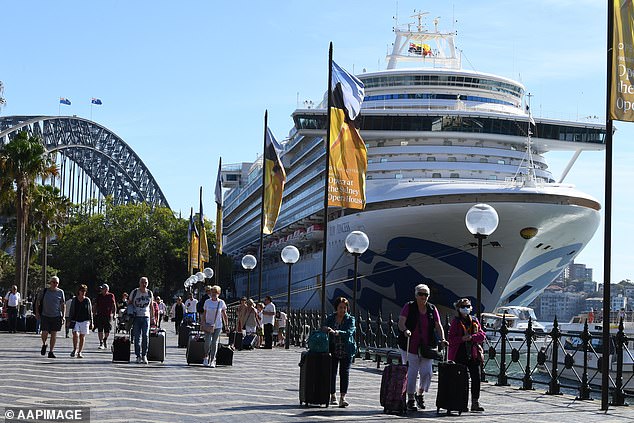 The Ruby Princess, (pictured) which docked at Sydney on March 19, has been linked to hundreds of cases and more than 20 coronavirus-related deaths across Australia