Tarek El Moussa thinks that using steroids contributed to the breakdown of his marriage to ex Christina.

The Flip or Flop star discusses his battles with testicular and thyroid cancer on The Dr. Drew Podcast and reveals how his hormone levels were sent into a tailspin after he got testosterone injections.

‘It was just my hormones were off. I was tired and I thought it was from the thyroid medication but it wasn’t,’ the 36-year-old explained.

‘It was a horrifying experience’: Tarek El Moussa has opened up about his use of steroids and other medications that ‘turned him into someone else’ during his marriage to ex Christina El Moussa

To get his testosterone levels back on track Tarek had turned to an anti-aging specialist, recommended by Christina, who suggested hormone injections.

‘Next thing I know I’m shoving a needle on my a** and taking steroids … it was testosterone,’ he added.

He later found out his testosterone levels were actually normal and that the injections were effectively doubling his amounts of hormones.

‘It was awful,’ he said. ‘I was completely on way too much testosterone, on top of that taking human chorionic gonadotropin (HCG) injections every day … because I was told to.’

Tarek said he was also on other medications for other conditions including a back injury.

At the time, Tarek was still filming HGTV’s Flip or Flop with now ex Christina.

‘I got back surgery, I went from 230 pounds to 168 pounds. So I had the cancer and then I got the second cancer. And then four months after I recovered from the second cancer, I hurt my back,’ he explained. 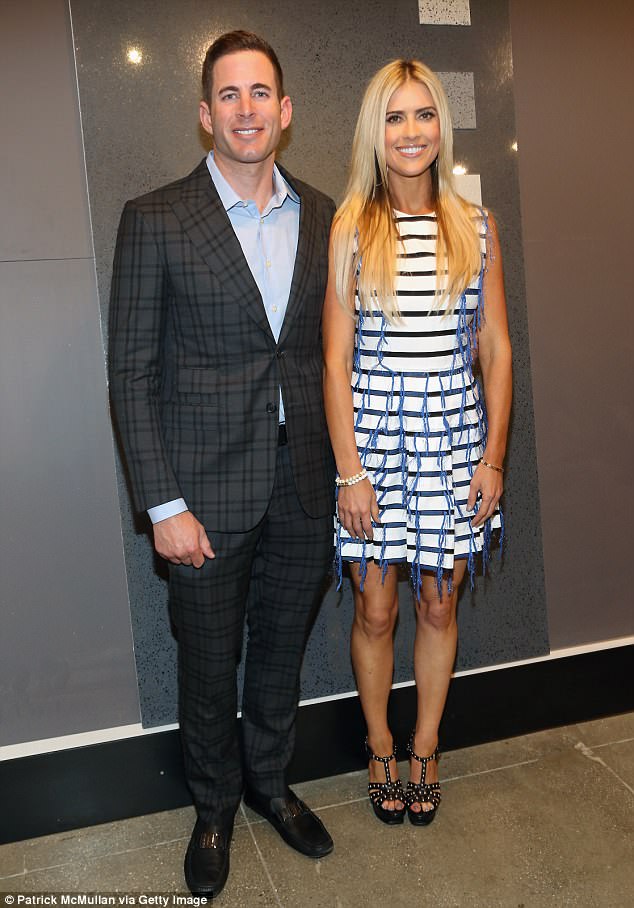 ‘There’s a lot of contributing factors’: Tarek, 36, reflected on his split from Flip or Flop co-star Christina (pictured in 2016) and admitted he was ‘so spun out’ from all the medications he was on during the marriage

‘I lost 60 pounds, I was on Vicodin every day. On top of that, my hormones are off, I’m on pain meds and narcotics and I’m filming and working. It was a really rough three, four years … It was a horrifying experience.’

The father-of-two also admitted he suffered from mood swings, depression and anxiety that his conditions likely caused.

Tarek now thinks he was over-medicated which caused anxiety and an extremely elevated heart rate.

‘I would find myself just sitting alone and just being depressed,’ he added.

‘It’s all because of all the s*** that was being pumped into my body just turned me into someone that wasn’t me. In 20/20 hindsight I think, “How in the hell did I film a show, start a company, how did I do all these things?” I was so spun out from all the s*** they gave me.’ 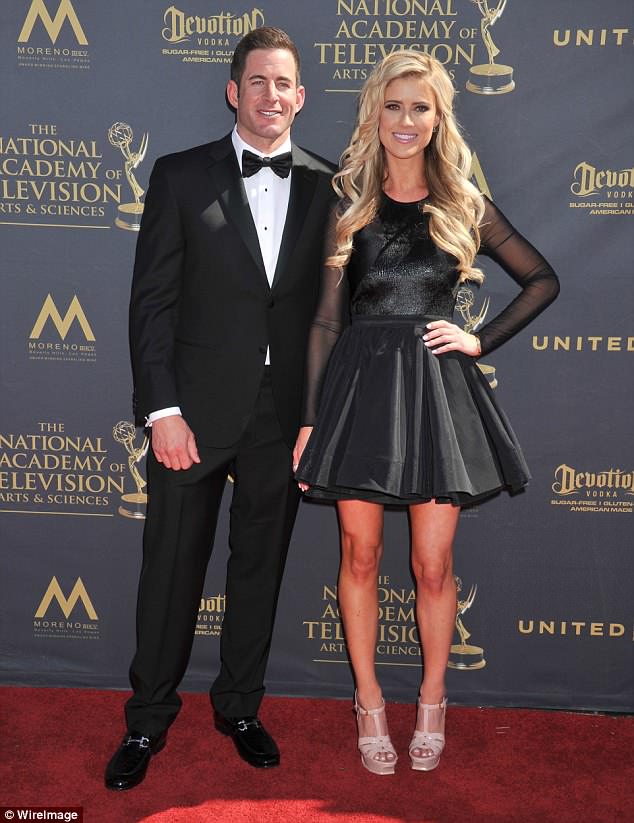 ‘I lost 60 pounds, I was on Vicodin every day. On top of that, my hormones are off, I’m on pain meds and narcotics and I’m filming and working. It was a really rough three, four years’ Tarek, pictured in April 2017 admitted 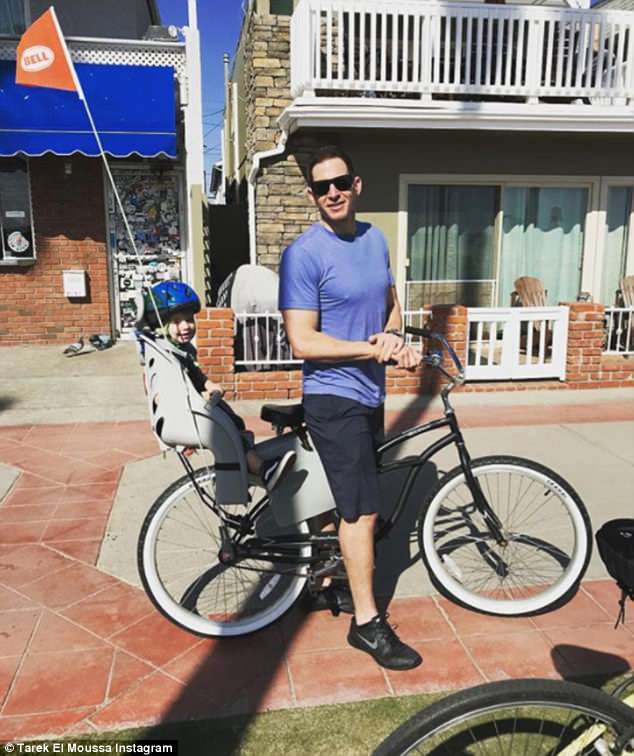 ‘After separating and losing my family, I said I’m gonna do every single thing I can to be the best person I can be’ Tarek vowed during the interview

Tarek went on to say that he believes his health issues and medications were partly to blame for the demise of his marriage.

‘There’s a lot of contributing factors [to the divorce] — life is moving so fast. We bought a house, remodeling the house … my hormonal levels were off and I wasn’t feeling really well a lot of the time and I wasn’t being the best person I could have been,’ he explained.

‘There’s so much going on with TV and the notoriety and the finances and so many different things happening at one time and it slowly pulled us apart.’ 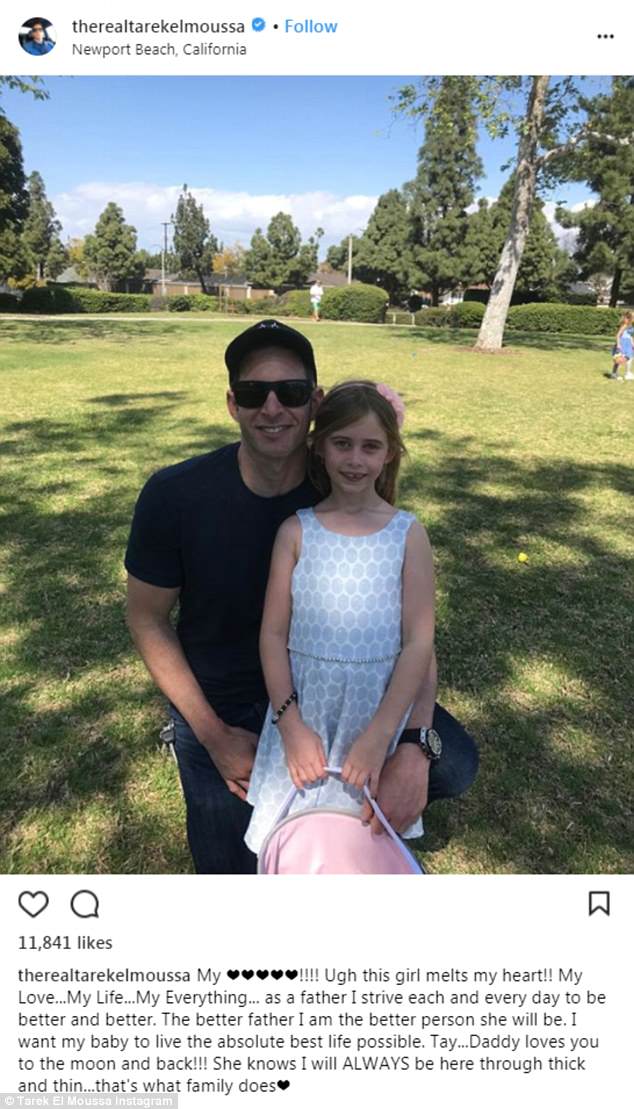 The couple’s highly publicized separation came after an incident in May 2016 where police came to their residence and seized guns after claims Tarek had threatened to kill himself.

Tarek has denied he was suicidal at the time.

‘The second I separated from my wife I said, “Okay, it’s time to do some soul searching, figure out what’s wrong with me.” The worst part before that was I hurt my back. It was the worst experience of my life,’ he said.

‘After separating and losing my family, I said I’m gonna do every single thing I can to be the best person I can be. I can say standing here today I’m the best version of myself I ever thought I could be.’

Their divorce was finalized in January 2018. 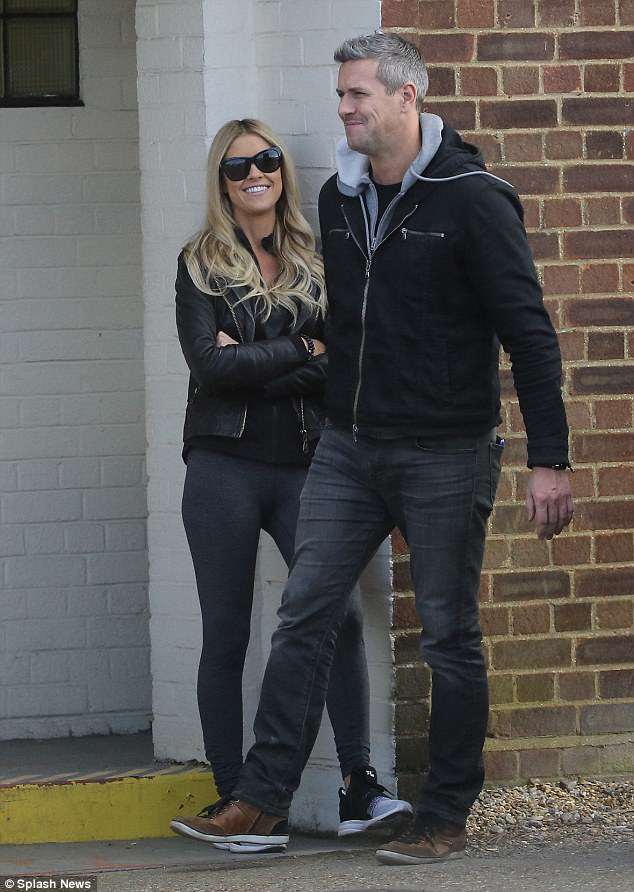 Christina has now moved on and is dating British TV host Ant Anstead. They are pictured last week in the UK