Target recalls nearly 180,000 dressers that can tip over

Target is recalling 178,000 dressers because they can tip over and pose a risk to children.

The Minneapolis retailer said Wednesday that it has received 12 reports of its Room Essentials four-drawer dressers falling over or collapsing. Two three-year-old children were struck by a dresser, but no injuries have been reported.

The U.S. Consumer Product Safety Commission says customers should stop using the $118 dresser immediately and return it to any Target store for a full refund.

Target is recalling almost 180,000 dressers because they can tip over and cause injuries

The recalled dressers are unstable if they are not anchored to the wall, posing serious tip-over and entrapment hazards that can result in death or injuries to children, a statement on Target’s website reads. 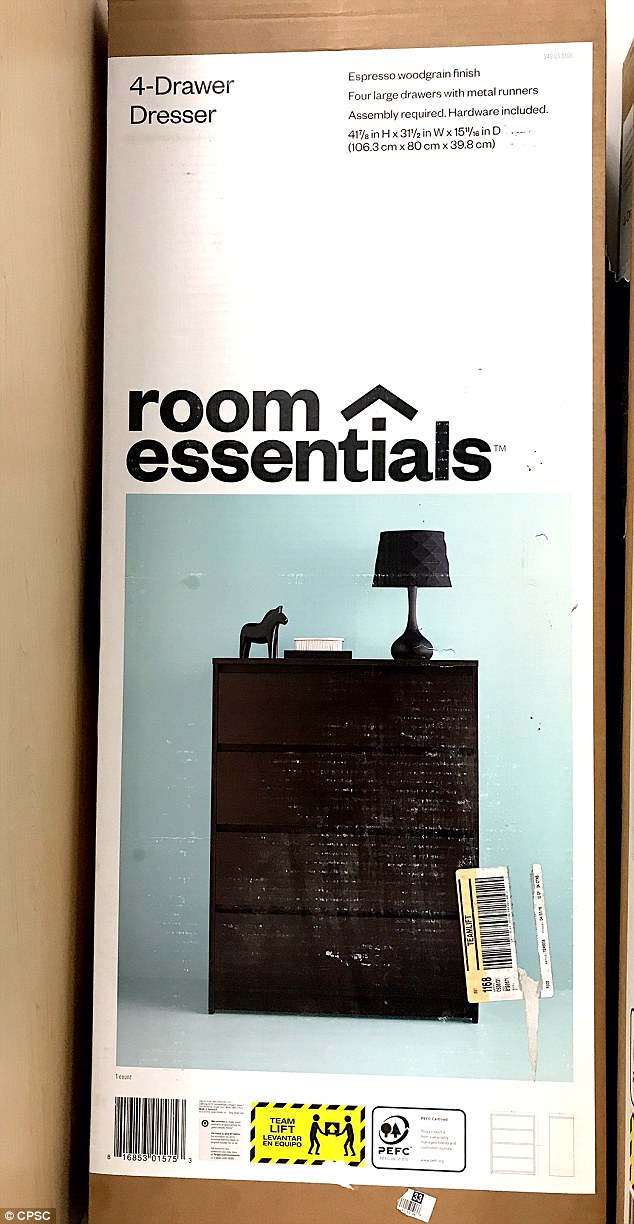 The dressers, which were sold at Target Corp. stores and Target.com between January 2013 and April 2016, came in three colors: black, espresso and maple.

This is not the first time this year Target has recalled products that could cause harm to children.

In April, the retailer recalled 500,000 water-absorbing Easter and Dino toys.

If the small toy is ingested, it can expand inside a child’s body and cause intestinal obstructions, resulting in severe discomfort, vomiting, dehydration, and could be life threatening.