Target to treat patients within 18 weeks of seeing their GP should be scrapped, health chiefs warn

The NHS target to treat patients within 18 weeks of being referred for routine surgery ‘won’t be met again’ and should be overhauled, health chiefs said yesterday.

They warned that many hospitals have already given up on targets for non-urgent surgery to focus efforts on A&E and cancer treatment.

The 18-week limit is stipulated in the NHS constitution, but patients must often wait much longer for treatment.

Officials have warned that it is struggling to recover after the worst winter on record and the number of patients left waiting for an operation reaching 4.3million, the highest level in a decade

Now thousands more could face extended waits for routine procedures including hip and knee operations and cataract surgery after bosses called for the guidelines to be rewritten to reflect the mounting pressures facing the NHS.

They want the head of the NHS, Simon Stevens, to let hospitals concentrate on urgent treatment and cancer care in its forthcoming long-term plan.

He has suggested the 18-week target could be amended to reflect ‘significant clinical practice changes’.

Speaking anonymously yesterday, the chief executive of one of England’s largest NHS trusts, said it was time to be ‘realistic’ and prioritise patients in terms of needs, rather than targets, concentrating on the three priorities of A&E, cancer and elective surgery. 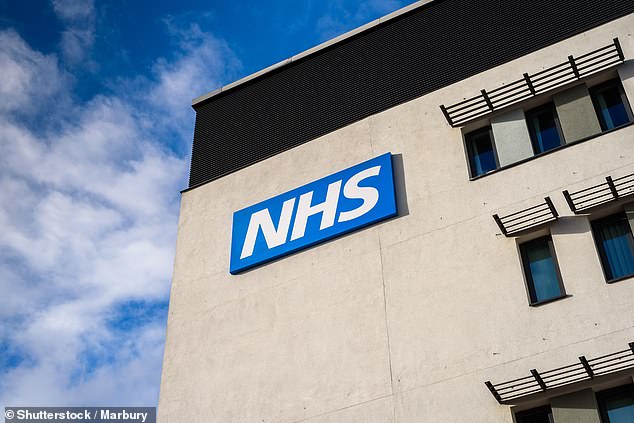 Growing demand on NHS services caused by the rising and ageing population is putting pressure on hospitals and primary care. The Royal College of Surgeons said NHS England’s ongoing review was a good opportunity to review existing performance standards

He added: ‘We need differential waiting lists, we need people who need to be treated within 18 weeks and people that can wait longer.

‘One of the biggest challenges, probably for the first time, is really having to make decisions between the three major priorities.

‘I’ve tried over the years to balance all three but I just can’t do that any more. I’m having to make really, really difficult decisions. So cancer, absolutely. But we are saying, effectively, ‘We will stop our elective programme’. We will never deliver 18 weeks ever again.’

The proposal was backed by the Royal College of Surgeons, which said NHS England’s review was a good opportunity to review existing performance standards.

Chris Hopson, chief executive of NHS Providers, which represents hospitals, said: ‘Many hospital trusts are finding it difficult to deliver all the performance targets in A&E, cancer and elective surgery.

‘In practice, given the pressures facing the service, this can mean slipping elective surgery performance.

‘The long-term plan must be ruthlessly honest about what can be achieved for the available money and what the priorities should be.’

Growing demand on NHS services caused by the rising and ageing population is putting pressure on hospitals and primary care.

Officials have warned that it is struggling to recover after the worst winter on record and the number of patients left waiting for an operation reaching 4.3million, the highest level in a decade.

Many patients in desperate need of hip or knee surgery are being denied it because of NHS rationing.

Others are already waiting up to a year.

Some trusts will only let patients have hip or knee surgery if patients are unable to sleep or are constantly on painkillers.

How many hours are family doctors actually working?

Just 31 per cent are doing at least 37 and a half hours a week in their surgeries.

Many are opting for so-called portfolio careers in which they mix up their GP work with research or managerial roles.

NHS Digital said 34.3 per cent of family doctors worked 37.5 hours or more in September 2015 but by March 2018 it had dropped to 30.7 per cent. The British Medical Association said it was ‘unsurprising’ they wanted more of a work-life balance because their jobs were becoming more stressful.

The figures, analysed by Pulse magazine, also show that 47.1 per cent of male GPs work full-time hours compared with only 23.7 per cent of their female colleagues.

More than half of the country’s GPs are women.

The Department of Health and Social Care said: ‘It’s important to recognise the need for flexible working so we can retain GPs.

Cancer waiting times have also reached their worst levels, with treatment delayed too long for thousands of patients.

The Government has promised the NHS more cash, but there is pressure for this to be spent on a transformation of services rather than a ‘sticking-plaster solution’.

But John Kell, of the Patients Association, said: ‘It will be difficult for patients to understand how waving the white flag on this target is compatible with a vision of an improved Health Service.’

Caroline Abrahams, of Age UK, said: ‘Delaying surgery could cause a condition to worsen and make the operation more difficult.

‘For older people it does not only condemn them to additional misery and pain, it can threaten their ability to live independently – a terrible price for anyone to pay.’

How our NHS is held to ransom by millennial medics

Millennials are threatening the future of the NHS by refusing to work evenings and weekends, the chief executive of one health trust warned yesterday.

The Health Service is struggling to fill shifts around the clock because a new generation of workers is no longer satisfied simply with job security and a good pension, but insists on control over which hours they work, too.

Workforce shortages mean that locum trainee doctors can hold hospitals to ransom over what they charge, officials said. The worrying trends are creating tensions with long-standing NHS staff.

The chief executive, who spoke on condition of anonymity, said: ‘The younger generation have massive expectations… in terms of flexibility, variety, options.’

He admitted that the problem existed elsewhere in the workplace, but said the NHS was badly affected because it was a 24/7 operation.

The latest figures show medical job vacancies in the NHS have risen by nearly 10 per cent in three months to more than 107,000 and are expected to continue to rise.