Taryn Manning made headlines for wearing a $200 black dress to the Screen Actors Guild Awards on Sunday, but it turns out actress is angry with her stylist for putting her in such an affordable gown without telling her.

The 39-year-old Orange Is the New Black star was walking through Los Angeles International Airport when a TMZ reporter stopped her to say he thought it was ‘so cool’ that she wore such an inexpensive dress to the award show.

‘No it’s not. It’s wack that the stylist didn’t tell me that,’ she responded. ‘But now everybody else can afford it, so that’s what’s cool about it.’

Surprised: Taryn Manning revealed that she is angry at her stylist for dressing her in a $200 black dress for the Screen Actors Guild Awards on Sunday

Telling the truth: The 39-year-old Orange Is the New Black star said ‘it’s wack’ the stylist didn’t tell her, explaining that she wanted to be in a ‘superstar gown’ 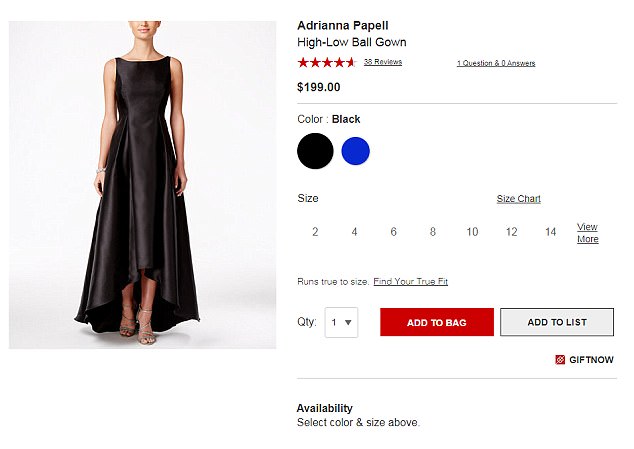 Affordable option: The $199 high-low ball gown by Adrianna Papell is still available at Macy’s and Bloomindale’s

Before she learned about the price of her gown, Taryn was all smiles as she walked the red carpet as a nominee for Outstanding Performance by an Ensemble in a Comedy Series.

The actress admitted to the reporter that she thinks she deserved better than the $199 high-low ball gown by Adrianna Papell.

‘It still sucks for me,’ she said. ‘Because I want to be in a superstar gown, you know?’

Tayrn added that she wants a cut of the designer’s profits after getting so much media attention for wearing the gown on the red carpet. 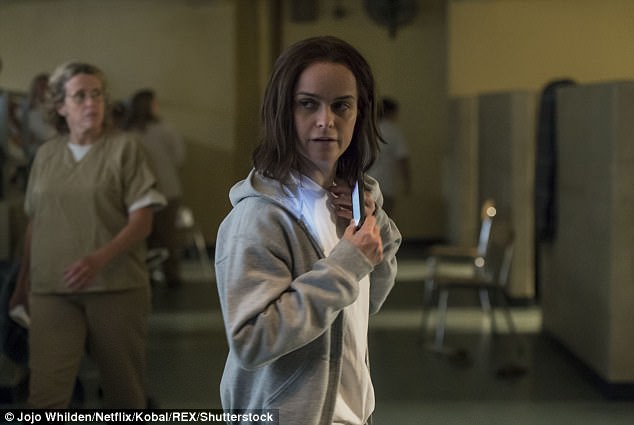 Big night: Taryn, who plays Tiffany ‘Pennsatucky’ Doggett on Orange Is the New Back (pictured), was nominated for Outstanding Performance by an Ensemble in a Comedy Series 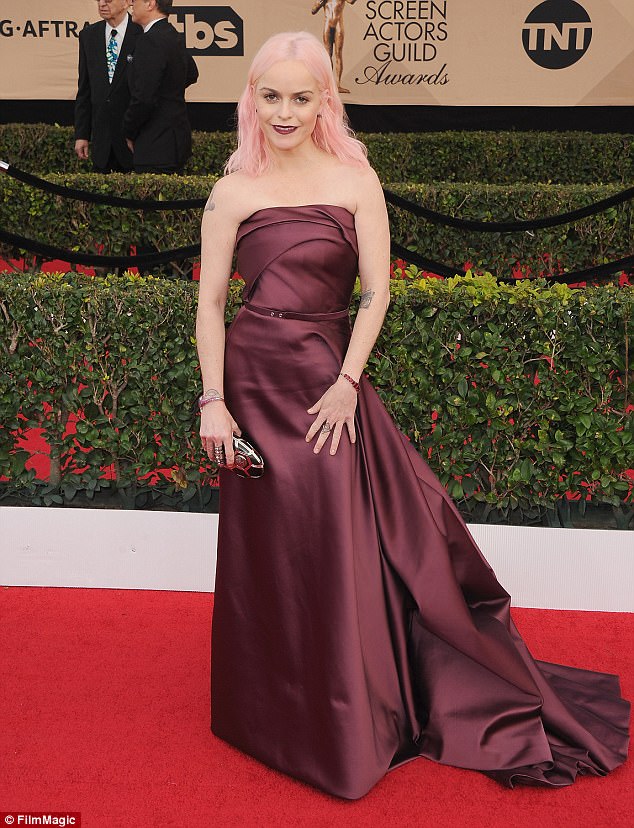 Throwback: Taryn modeled pink hair and a maroon gown at the 2017 SAG Awards

‘The designer got a lot of press; she should pay me a lot of money,’ she said.

Despite her issues with the budget-friendly dress, Taryn looked stunning in the elegant high-low gown, which she paired with white ankle-strap Aquazzura pumps.

The actress topped off her look with diamond bangles and rings by Gabriel NY.

Although it is unclear who dressed her for the SAG Awards, Taryn and her OITNB co-star Laura Prepon have both worked with stylist Hellin Kay.

Fans of the frock will be happy to know that the gown is still available at Macy’s and Bloomindale’s for $199, and it also comes in cobalt blue.