Tasia Taderera: Woman slams Aussie man for only buying her one drink during their two hour date

Young single woman slams Aussie man for only buying her one drink during their two hour date: ‘I’m so done with men, they are so disgusting’

A young woman has revealed she is ‘done with men’ after she got all dressed up for yet another disappointing date.

Tasia Taderera, who lives between Melbourne and Port Douglas, explained her date ‘bought one drink’ and interrogated her for two hours on their first meeting.

‘I don’t want to do this, I am so done with men. They are so disgusting,’ she said, sounding defeated. 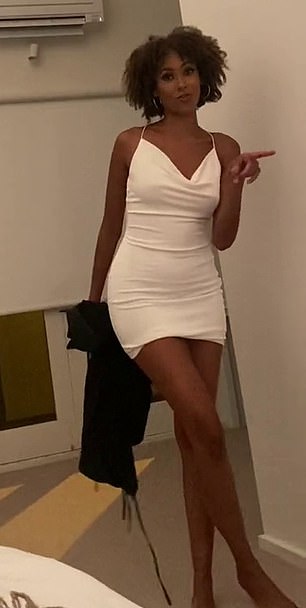 The post-date rant was caught on video by her friend who later posted the video to TikTok.

‘Look at me, take me for dinner,’ she said, adding that she would love to be wined and dined by a potential suitor.

‘Like don’t try to get all of this information out of me over onw drink that you don’t want to pay for and I am looking this great,’ she said.

The women then decided men should be given reviews at the end of each date – as they might lift their game from the ‘bare minimum’ for praise.’

‘I don’t have time for them anymore,’ she huffed.

And other single women were quick to agree with her.

‘One drink over two hours, I would prefer to listen to my son singing ABC while I drink a bottle of wine,’ one mum said.

Her ‘leave a review’ idea was enthusiastically received by others.

‘I would love to be able to leave reviews on their profiles. Warn other women not to waste their time!’ one woman said. 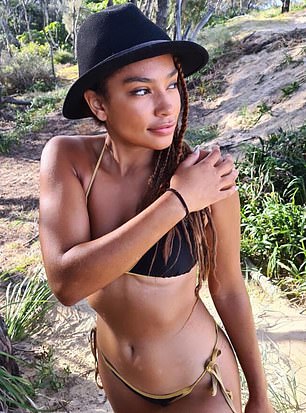 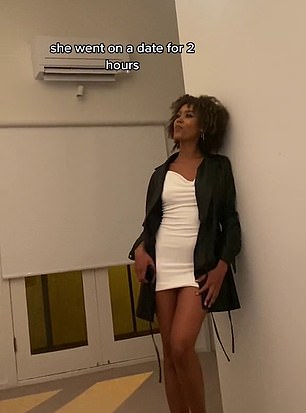 ‘You went with the wrong intentions, get to know him first. Then if you are really worth it he will wine and dine you but not on the first date,’ one man said.

‘She only did the bare minimum too by getting dressed. What expectations do men have? I am starting to understand why lost men find you all entitled,’ another added.

This led other women to comment further, noting the risk associated with dating.

‘Some of these comments didn’t pass the vibe check. Looking good and even risking safety to meet strangers. It is a lot.’