Tasmanian paedophile admits to raping his own baby and sending video to others on Wickr, Telegram

A deeply disturbed dad has confessed to raping his own baby in order to record and distribute the material to fellow paedophiles online.

The man – who cannot legally be identified – pleaded guilty to multiple charges relating to child exploitation material offences after his property was raided as part of a nationwide child abuse bust.

At the Supreme Court of Tasmania on Monday, the man admitted to raping his four-month-old child in January to create four separate child exploitation images.

He confessed to then using messaging app Wickr to send the vision to another man. 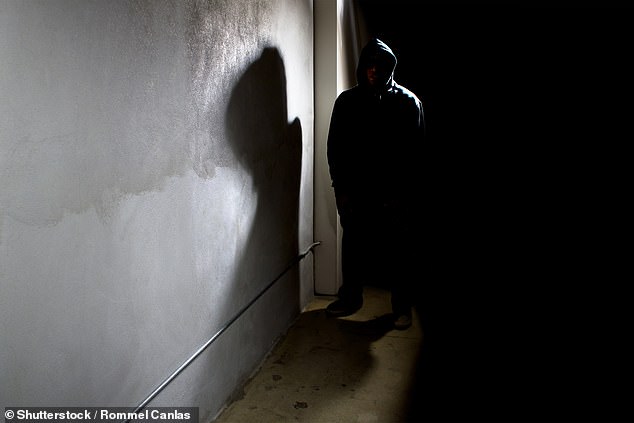 In the Supreme Court on Monday, the man pleaded guilty to raping his four-month old baby in January to create four separate child exploitation images. He will be sentenced in November

Crown prosecutor Lisa Pennington said the man had been communicating with other paedophiles on apps such as Telegram, Wickr and Instagram.

‘My son is born tomorrow. Been perving when I take my daughter to swimming lessons’, the man wrote in one message, according to The Mercury.

Other messages from the man included, ‘keen as on some young fun,’ and ‘so many hot little ones’.

Before filming the video of him raping his own toddler, he wrote to another man asking, ‘want to see me and my boy?’

Ms Pennington said other men had also sent the father child exploitation material which she said likely included the most serious category of depravity – children visibly in distress while being abused.

The baby’s mum told the court she was ‘profoundly stunned, continually in disbelief and completely heartbroken’ by his actions.

In her victim impact statement, she said her life had turned into a ‘horror movie’.

‘I know I’ll never recover, this will always remain the darkest time in my life,’ she said.

‘The violation and betrayal is unforgivable.’

The man’s lawyer Andrei Slicer said the matter had been ‘cataclysmic’ for everyone involved and told the court the father was apologetic and deeply remorseful for his actions.

He will be sentenced by Justice Helen Wood in November.