Frustrated Australian sends his local council a bill for $174,000 for using his land for a public footpath and blocking his driveway with power poles

An angry Tasmanian has sent a huge bill to his local council for using his land for a footpath, a bench, network pits and power poles.

Although the public bench and footpath were already there when he moved in, TasNetworks and Telstra pits and poles were installed in December 2019 without notice.

Mr Mauceri said the new infrastructure blocked him from using his own driveway.

Mike Mauceri sent an invoice to the Burnie City Council, for $208 a day since he moved in to his property (pictured) in February 2019 for usage of a footpath and bench within his property

When the 62-year-old had a surveyor peg out his property, he discovered the structures were within his land, but not on his land title when he purchased the property.

‘I’ve made an assumption of the amount of land occupied by the council, with the amount of money I could have made on car parking (in that space). It’s an estimate,’ Mr Mauceri told news.com.au.

Mr Mauceri purchased the 2,671sqm block and was hoping to turn it into a bed and breakfast, but council hasn’t allowed his plans to go ahead.

He said they had not even replied to him until he threatened to cut off the public footpath.

‘I expect the council to say “look I know there’s a problem. Let’s sit down and work it out” but they totally refuse to do that,’ Mr Maurceri told the ABC. 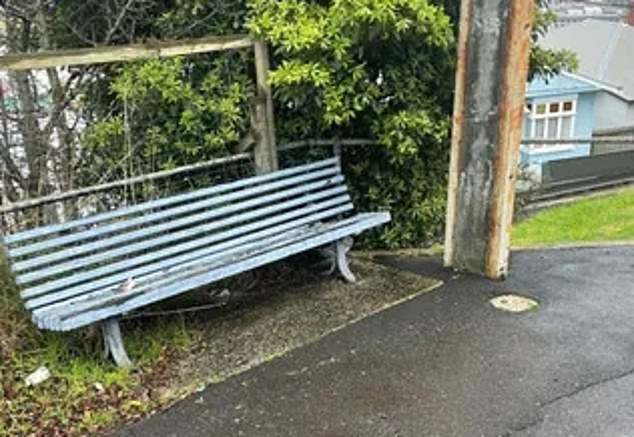 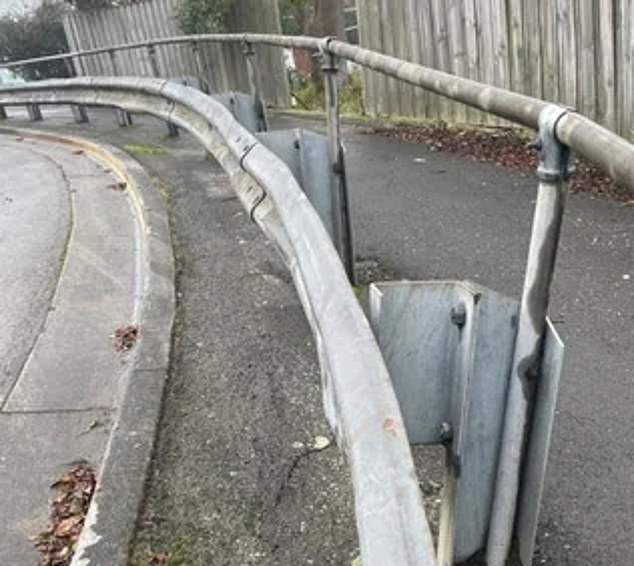 Pictured: The guardrail and public footpath which crosses onto Mr Mauceri’s property

As Mr Mauceri’s property is on a busy road, his potential actions would have directed traffic in front of incoming cars, and this caught the attention of the council.

While he didn’t want to hurt anyone or cause any disruption, he said he was at his wit’s end and wanted the problem resolved after being ignored by the council for over a year.

He was then informed in a letter that his invoice would not be paid and that he should ‘desist’ from sending any more notices.

He also received an invite to meet with council members, after they told him he had no legal right to block a public footpath, irrespective of where his land boundaries were located.

The former Melbourne resident, who worked in hospitality and has extensively travelled, said that his normal $150,000 income had vanished due to the pandemic.

Burnie City Council confirmed to ABC News that they had responded to Mr Mauceri, but were unable to give a public statement. 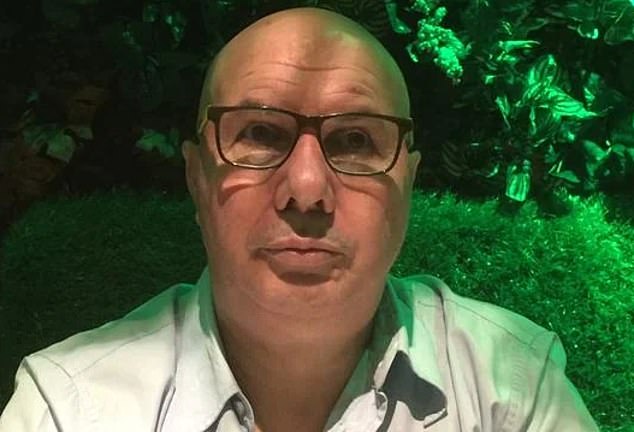 Mr Mauceri (pictured) was angry after pits and poles were installed by Telstra and TasNetworks that blocked usage of his driveway, prompting his invoice for a total of $174,713